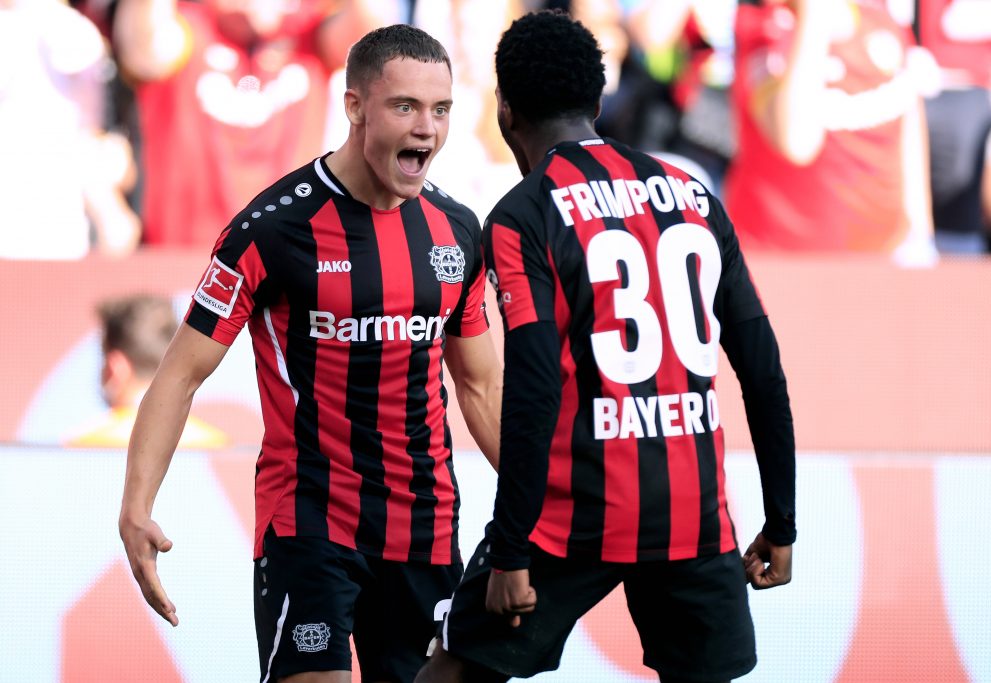 Inter are one of three unbeaten teams left in Serie A but face a tough test if they want to stay that way as they travel to Roma to face an inconsistent Lazio side who are desperate for a win.

Maurizio Sarri’s Lazio have been stewing over a surprise 3-0 defeat at Bologna just before the international break, which left them down in sixth in the table, a full 10 points behind leaders Napoli and in danger of becoming irrelevant in the title race.

Lazio are still a force at the Stadio Olimpico though, where they’re unbeaten in 16 league games and have been scoring goals for fun this season — with only Inter bettering their 11 scored on home turf.

And Lazio’s home games have been thrillers with 16 goals in total in just three games so far — that average of over five goals a game has a great chance of continuing given Inter are Serie A’s top scorers by some margin and have no problems finding the net on their travels.

Simone Inzaghi’s side sit in third, four points off the top, and have scored 10 goals and won 10 points from their four away games so far. They’ve also got a fantastic record of scoring at least twice in their last 12 straight league games.

This game has goals written all over it so taking a price of 15/8 on there being three or more with both teams scoring seems more than sensible.

Monaco are on a hot streak of three straight wins but still head to Lyon on Saturday night as slight underdogs as they look to make a bigger push for the European places.

Hosts Lyon are just a point behind but down in 10th, which will be of great concern to a side that hasn’t finished outside the top six since 1997 but is struggling to keep a clean sheet, with none in five, while they’ve had a problem with giving away penalties of late — three in those last five games in fact.

Monaco have won just three of their last 19 games at Lyon in Ligue 1 with most of the damage consistently being done in the first half — so the visitors will be desperate to start a lot stronger on this visit.

And goals shouldn’t be an issue for either team with neither defence being exactly what you’d call water-tight and both attacks capable of finding the net. All of Lyon’s five home games have seen both teams score and three of Monaco’s four away games have seen the same.

Monaco’s Wissam Ben Yedder is the big attacking threat on show with five goals for him in four Ligue 1 games so he’ll be one to watch in a match that should have plenty of action. Back over 2.5 goals and both teams to score at Evens for a solid bet.

Bayern’s shock home defeat against Eintracht Frankfurt just before the international break allowed Bayer Leverkusen to draw level with them at the top of the table. Now only goal difference separates the top two ahead of this mouth-watering Bundesliga battle.

It’s a chance for two teenagers to shine as Leverkusen whizz-kid Florian Wirtz can show he’s the real deal after a sparkling start to the season that has seen him score four and register five assists in just six Bundesliga games.

Florian Wirtz has been talismanic in the #Bundesliga for @Bayer04_en. ⚽✨ pic.twitter.com/680WdyyvOY

Fellow 18-year-old Jamal Musiala of Bayern became Germany’s youngest goalscorer during the week and although he’s being eased into the starting line-up gradually, he’s got two goals and two assists this season.

Musiala may be needed in Bayern’s toughest test of the season too, with Bayer scoring in every home league game since February and Bayern conceding in their last six away games. Both sides are heavy scorers too as they’ve each netted at least three times in five of their seven games this season.

As if that wasn’t enough, nine of the last 10 meetings between the two has seen both teams score so you’d be pretty comfortable backing both teams to score and over four goals here at 2/1.

Robert Lewandoswki will carry the threat for Bayern and is odds-on to score, while Wirtz is the key man for Bayer here as he’ll be either laying them on for Patrik Schick, who has scored six goals in seven, or scoring himself. He’s 15/4 to score here and well worth backing.

Like a lot of places, Jose Mourinho has history at Juventus from a few teams, and now he takes Roma to Turin for a heavyweight Serie A showdown sitting four points above them in the table.

Mourinho has five wins and two defeats from his first seven games in charge of Roma. That’s their best start in four years and their lack of a draw this season could continue as there’s not been a stalemate between these two in a decade.

Both defeats have come away from home, albeit one against Lazio, so Mourinho will want his side to show a bit more solidity while retaining their attacking intent — being without Chris Smalling and Tammy Abraham won’t help though.

Juve are on a roll now after a difficult start with four wins on the bounce in all competitions including a Champions League success over Chelsea. That was one of two 1-0s in succession that followed two 3-2 victories as the Old Lady started to become more defensively solid.

Still only winning by a goal means they’ve been scraping results and they’ll have a fight on their hands here to continue their excellent home record against Roma that’s seen them win 11 of the last 12 on home soil.

Juventus are favourites but worth backing as their form should carry them to a win in what will likely be a low-scoring contest given their recent displays and Mourinho’s desire to keep things a lot tighter. A Juve win and under 2.5 goals is a rather healthy 4/1 shot.

The international break almost made us forget about Barcelona’s problems in La Liga but returning to see them in ninth as they host Valencia is a stark reminder that they’re a club in crisis.

This point is illustrated perfectly in the fact that Valencia have gone four games without a win and yet are level on points with Barca — albeit having played a game more.

Valencia’s own problems should give Barca hope of a positive result though and the Camp Nou is their one sanctuary where they’re unbeaten in the league with 10 points out of 12 so far.

Ronald Koeman has suffered a few bruising defeats during their run of one win in six overall, with 3-0s against Bayern Munich and Benfica in the Champions League and 2-0 loss to Atletico meaning they’ve failed to score in four of those last six.

They’ve scored in 17 straight home games against Valencia and lost just one of the last seven, but the visitors have been heavy scorers in Barca’s backyard so need to be respected, even if they are in a difficult spell themselves.

You never back Barcelona with any great confidence these days but they can surely get a win here, added with both teams to score at 21/10.