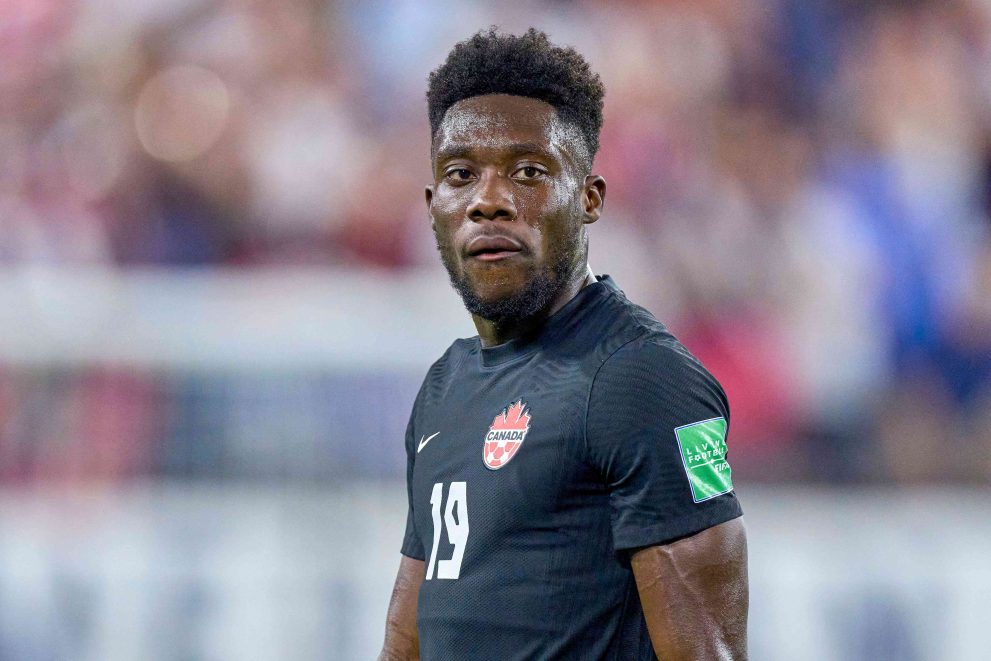 It has been a year since Canada lost a soccer match and, on Wednesday 17 November, they avenged that defeat. Mexico were the visitors and the prior victors, but with the snow piled high, they found an opponent as cold on the pitch as off it; Cyle Larin’s brace set them on the way, making history as it brought him level with Dwayne De Rosario as the country’s all-time top goalscorer. Hector Herrera couldn’t spoil the party despite a later goal; Canada were sensing victory, and their place in Qatar at next year’s World Cup.

With six games remaining, they are top of the CONCACAF qualifying standings, a point clear of the United States and two of Mexico, who they had just leapfrogged. As a result, they climbed to 40th in the FIFA world rankings, the joint-highest spot in their history.

Reaching the World Cup is not only symbolic because it would end a 36-year wait, but also what it would mean for the country, four years ahead of co-hosting the tournament with Mexico and the USA. John Herdman, the Newcastle-born coach who formerly took charge of the women’s team, is overseeing Canada’s most talented generation arguably ever, and the fans are responding.

Soccer has grown in popularity over some time in North America. Bayern Munich full-back Alphonso Davies and Lille forward Jonathan David are the ripest fruits for Herdman to pick from, but New England Revolution forward Tajon Buchanan, who is on the verge of a move to Belgium with Club Brugge, also deserves a mention.

August. He says the greatest strides forward have come since the emergence of three Majors League Soccer teams: Toronto FC, Vancouver Whitecaps and Montreal Impact, and the growth of their facilities.

“The professionalisation of the academies has helped unearth talent that was probably always there, but it was difficult for many Canadians to reach the higher levels of the game and become a complete player,” Caldwell tells Compare.bet. “Davies and David are probably the two stars, but you’ve got others like Buchanan, Larin, Alastair Johnson and Kamal Miller, they are gelling together in a unit created by John that is probably more confident than any other. People talk about the likes of Belgium and ‘golden generations’, this is probably a version of that.

“These players want to change the game of soccer in Canada forever; it is not about them, it is about the bigger picture. It keeps them humble, the culture of the group is completely controlled by the players, it is amazing.”

Getting to know Herdman led to the birth of a key working relationship for Caldwell, and he says his work has been crucial.

“John is very detailed, process-driven and has a clear idea of what he wants to build. He is a stubborn workaholic; he’s got talent at his disposal of course, but it is about using that talent. He’s got a belief and the players follow him.

“He builds campaigns around the mental side of the game, the details of the process and what the environment will look like. Players want to come to play for Canada. There are missions for them to achieve and that has really developed since I’ve been with the team. I honestly believe, to John’s credit, that anybody could coach this team because of what he’s built, because they know what they want to achieve and do it all themselves.”

I will no longer be assistant coach for Canada Soccer in the upcoming qualifiers as they have decided to go in another direction. It was a pleasure to work closely with such driven and talented players. I wholeheartedly believe this group has what it takes to succeed 🇨🇦 pic.twitter.com/JO4hqcX0Za

The emergence of Davies as a key man for Bayern has focussed minds in Canada. He is proof of concept in many ways, having been developed in Vancouver after arriving in the country as a refugee from Ghana, the 21-year-old has gone on to become one of the finest players in Europe. Because he is a superstar, not only in the national team, there is a sense of anticipation that more top talent can come through in the future.

“Davies and David are on the verge of world-class, and we’ve never had that before in Canada,” Caldwell adds. “Some of the North American academies are incredible, look at Red Bull with an Ajax-the model, in terms of getting a chance if you are good enough; there isn’t going to be a big-name signing in your way. Better infrastructure and strategies will create more Davids and Davies’, but there is work to get into underprivileged areas where kids aren’t playing much soccer.”

Caldwell insists the perception of Davies, who plays a more central and attacking role for Canada, is one of pride within the camp, rather than awe. He is not held up on a pedestal, nor would he want to be.

“Everybody is proud of him,” he says. “Obviously they respect him and know how outrageously talented he is, and how athletically talented he is. It is staggering; his power and his acceleration, and he is obviously only young so is improving all the time. But they enjoy his success; the dynamics with some of the squad, like Sam Adekugbe, who plays in Turkey, are incredible. Sam was like his big brother when he was in Vancouver, giving him old boots and things, when he was 14 or 15. Doneil Henry looked after him when he was coming into the Whitecaps first team.

“They saw this guy as a kid, so there is no awe around him, it is a pride and a love. The dynamic within this squad will change over the next decade, but at the moment it is interesting to see how they see him, because they played a small part in his development. Because the MLS academies have improved, players like Alphonso are learning their trade in North America and then going to Europe. I think that is important, because it is one thing to watch the Champions League or the Premier League and think ‘he’s our guy, he’s Canadian’, it is another to watch the development of your own league.”

Winning gold at the Tokyo Olympics in the summer showed that the women’s game is still ahead in Canada, but Caldwell says that was vital for the way the sport is viewed generally.

“Canada and USA women were stronger, I thought, because of the demographic of players, but even that is changing and we need to get with the times. The women winning the gold medal was huge because it was a statement, it wasn’t just qualification or reaching a final, it was a gold medal, meaning the best in the world.

“Obviously these guys aren’t going to win a World Cup, but in the future, who knows? They should be aiming for the Gold Cup, but in a strange way, it doesn’t matter if they win their qualification group for next year or not. What matters is the belief and they believe they are the best team in CONCACAF.”