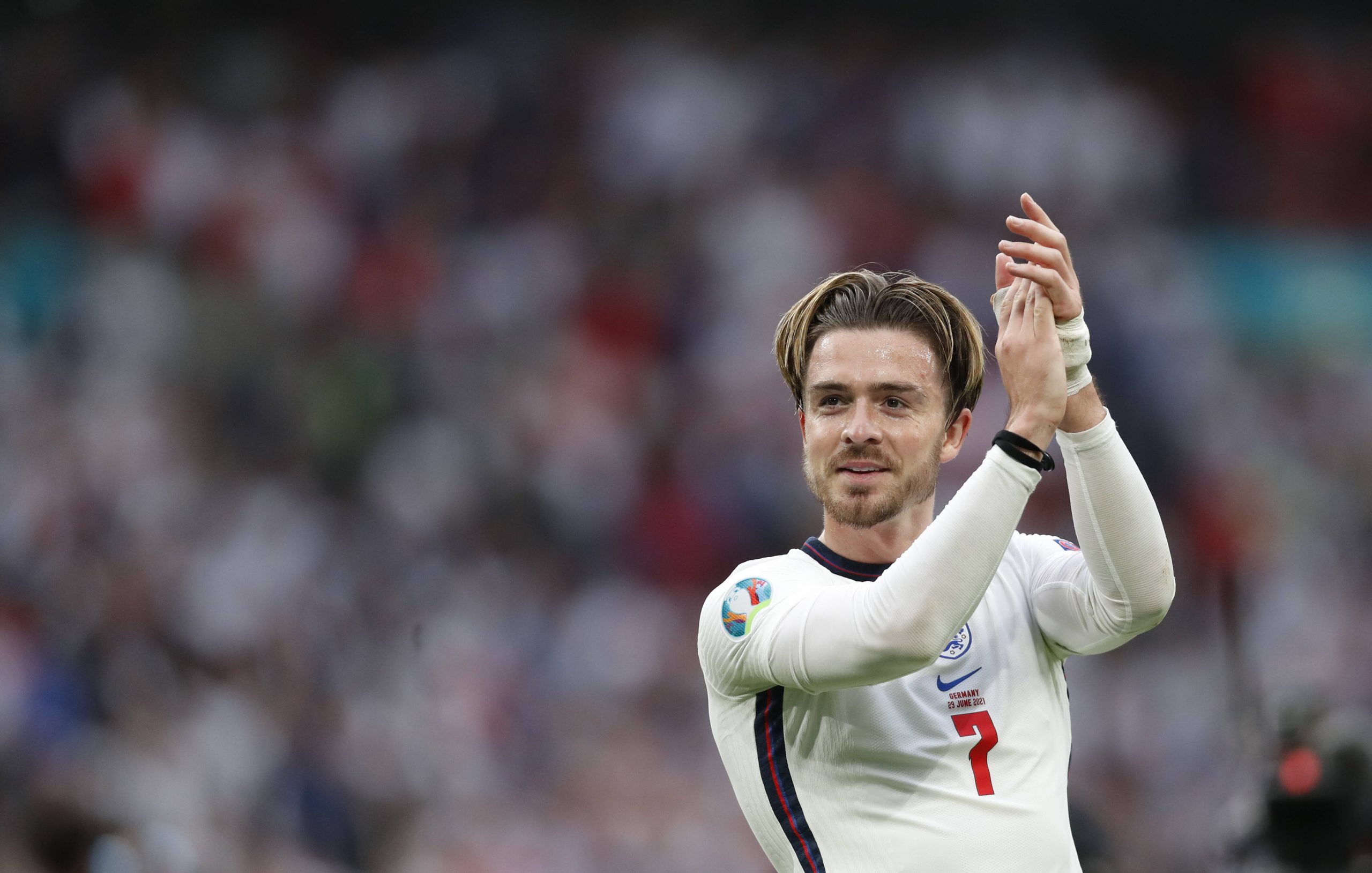 Pep Guardiola is a man who knows what he likes and in Jack Grealish, according to widespread reports, the Manchester City boss is smitten. Of course, he’s not the only one. Grealish might not have received as much game time for England at Euro 2020 as he, and many others, would have liked, but the 25-year-old still managed to infatuate a nation with his performances.

Grealish’s club future will now be addressed over the coming weeks with City believed to be preparing an offer that could be worth as much as £100 million. This would make the midfielder the most expensive English footballer in history and illustrates just how highly Aston Villa value their prize asset.

But where would Grealish fit into a team that strolled to their third Premier League title in four years last season? Guardiola has built one of the strongest, most accomplished sides English football has ever seen, so what does he envisage the England international giving him that he doesn’t already have?

Working this out largely depends on what sort of player Guardiola sees when he looks at Grealish. For Aston Villa, he is frequently deployed on the left of a front three, with license to roam all over the pitch. Dean Smith depends on Grealish to carry Villa’s attack forward to the edge of the opposition box.

For England, though, Grealish is required to stay out wide. Perhaps not a winger in the traditional sense–Grealish doesn’t burst to the byline and stretch the pitch with the regularity of someone like Bukayo Saka–but he is still required to stay wide and offer an outlet. To predict the impact Grealish would make at the Etihad Stadium one question must be answered first – is he a creative midfielder with the freedom to drift or a winger?

No matter the answer, Guardiola’s 4-3-3 system means Grealish would have to adapt. As a left-winger, the 25-year-old could change Manchester City’s dynamic as a team if he is seen as a replacement for Raheem Sterling, who is much more of a wide forward than Grealish could ever be described as.

Phil Foden was frequently deployed on the left side by Guardiola last season, but how would the Catalan fit the 21-year-old into the same team as Grealish? And if the plan isn’t to field them at the same time on the same pitch, who will sit top of the food chain over the other? Would Grealish merely be a depth option?

26 – Phil Foden has played a direct hand in 26 goals for Manchester City in all competitions this season (16 goals & 10 assists), the second-most of any City player after Kevin De Bruyne (28). Star.

Bernardo Silva’s departure, which has been mooted, would open up a spot in Guardiola’s midfield, but the Portuguese international tends to play on the right side of City’s midfield three. Grealish could operate here, such is his technical ability and on-pitch intelligence, but his talent would be wasted in this area.

Manchester City don’t have a dribbler as prolific as Grealish, who registered 2.5 assists per match for Aston Villa in the Premier League last season (Sterling was City’s best dribbler with 2.1 dribbles per match). In Guardiola’s fluid, interchangeable system, Grealish would offer some genuine one-on-one threat.

Jack Grealish has won 100+ fouls in each of his last four league seasons:

Once every 19.5 minutes he spends on the pitch. 🤯 pic.twitter.com/D26QRRosf2

Most impressive about Grealish’s numbers for the 2020/21 season is that his average key passes per match were pretty identical to Kevin de Bruyne’s – 3.1 compared to de Bruyne’s 3.2. If opposition defenders found it difficult to plug the gaps to prevent de Bruyne from passing through them last season, just wait until they have to also combat Grealish doing so in the same team.

It’s possible Guardiola could move Ilkay Gündoğan over to the right side of his midfield trio which would then create space for Foden and Grealish to forge an understanding on the left. However, this pairing wouldn’t afford City much width and with Guardiola still unsure of his first-choice at left-back this could create another issue for the Premier League champions.

João Cancelo was highly effective in a number of matches for City at left-back last season, but the Portuguese’s primary purpose was to push into central midfield to create overloads further forward. He wasn’t used to offer width on the wing. With this in mind, would Guardiola be able to use Cancelo, Foden and Grealish in the same side?

Most chances created by #ENG players in #EURO2020

Delivering it on a plate. 🍽 pic.twitter.com/p3Yi05bMyL

Guardiola might see Grealish as just another way to broaden Manchester City’s attacking options. The Etihad Stadium outfit expect to challenge on all fronts and so they need a squad to handle the rigours of a long and hard season. Someone as good as Grealish would strengthen their chance of competing in domestic and continental competitions.

Would, however, the signing of such a figure be worth the £100m fee needed to convince Aston Villa to sell this summer? That money might be better spent on an elite level centre forward following the exit of Sergio Agüero at the end of last season. £100m could be enough to prise Harry Kane from Tottenham Hotspur and would go a long way to the signing of Erling Haaland.

Sergio Aguero has been 𝖔𝖋𝖋𝖎𝖈𝖎𝖆𝖑𝖑𝖞 unveiled as a Barcelona player! 🔵🔴 pic.twitter.com/kWUnn0WP2j

“He’s incredible. A top player. I’m happy he stayed in the Championship to defend his club when he could have gone,” Guardiola said of Grealish after an impressive display against City last season. “He’s a talented player who always creates something. [Grealish] is an exceptional player, but too expensive for Manchester.”

City might have won the Premier League title by 12 points ahead of the chasing pack last season, but Guardiola must keep evolving his team to stay at the top. Grealish has the skill set to play for the Catalan, the most demanding coach in the European game, and has the self-confidence to take the next step in his career.

More often than not, good players find a way to work together, but Grealish’s £100m switch to Manchester City this summer might be a signing for the sake of a signing, a very expensive one. To succeed, both Guardiola and Grealish would likely have to adapt. That, however, might be why Guardiola wants him in the first place – to change his team.