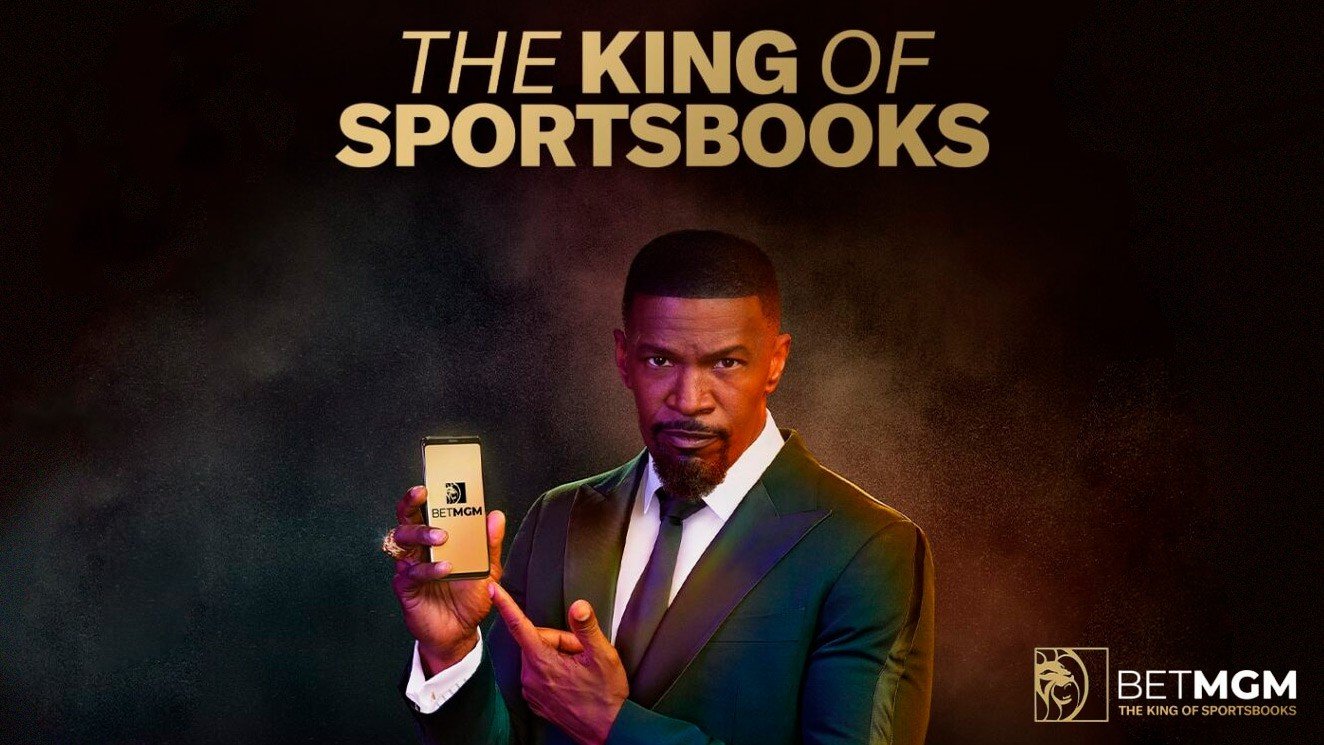 BetMGM has announced the latest advertising campaign for its BetMGM sportsbook.

According to the operator, Foxx will become the face of the sportsbook operator’s “The Kings of Sportsbooks” campaign which will promote the sports betting brand to players across the US in states where the activity is legal.

Foxx will star in several traditional and social media adverts for the sportsbook operator as well as a video ad which will be based around the Fountains of the Bellagio in Las Vegas, Nevada.

The operator developed its new advertising campaign with the creative agency, 72andSunny, which is based in New York.

BetMGM’s Chief Marketing Officer Matt Prevost, said: “Jamie is an exceptional talent and we’re proud to have him partner with us on our new campaign for BetMGM. The King of Sportsbooks campaign is the next step in the evolution of the BetMGM brand and Jamie brings a unique ability to tell our story in an incredibly creative and entertaining way.

“BetMGM exists at the intersection of sports and entertainment and Jamie fits this positioning perfectly; we couldn’t be more excited to welcome him to the BetMGM family.”

Foxx has several major accolades under his belt as well as an Academy Award, Golden Globe and a British Academy of Film and Television Arts Award. The actor also won two Grammy Awards for achievements in the music industry, including best rap solo performance on Kanye West’s 2006 hit “Gold Digger”.

Another big move for BetMGM

This announcement comes after the operator announced a new partnership with the NFL’s Las Vegas Raiders last week. BetMGM will serve as the team’s first official sports betting partner and provide educational information about its platform to Raiders fans.

BetMGM will also benefit from being a founding partner of the team’s new Allegiant Stadium in Vegas and branding opportunities throughout the venue.

Prior to this, BetMGM became an official sports betting partner of the Detroit Lions which built upon an existing business relationship between the team and MGM Resorts, when the operator opened the MGM Grand Detroit Tunnel Club at the team’s stadium.

Under the partnership, BetMGM branding and material will be displayed across the Lions’ Ford Field Stadium. The operator will also benefit from having a presence on the team’s broadcast programming and online channels.