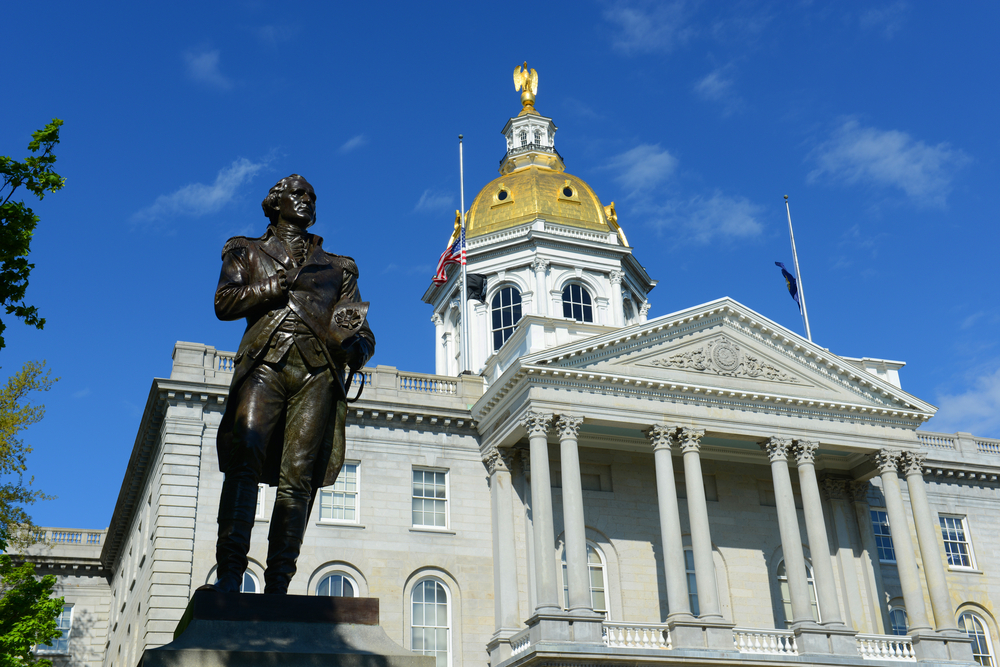 New Hampshire could become the next state to legalize sports betting in 2019 after the legislature approved a bill that would permit sports wagering in the state.

The bill, HB 480, received approval from the New Hampshire House on Thursday 13 June and will now be sent to Governor Chris Sununu for final approval.

If Sununu signs the bill into law, the Granite State will become the fifth state to legalize sports betting in 2019.

The bill was initially passed by the House in March and was later approved by the Senate in May. However, several amendments were proposed by the upper chamber which meant that HB 480 had to be returned to the House to approve the changes before it could be sent on to the Governor.

The amendments made to the bill

The New Hampshire Senate made three amendments to the bill which required concurrence from the House.

One amendment set a cap on the number of operators allowed to offer sports betting in New Hampshire. Under this amendment, the state will allow five mobile operators and 10 land-based operators to serve residents.

Another amendment states that mobile sports betting must be powered using servers that are based in New Hampshire meaning that bets must be made and settled within state lines.

The third amendment will allow the New Hampshire Lottery Commission to launch a self-exclusion system and set limits on spending for players.

If New Hampshire’s Governor signs the bill into law, it will legalize land-based and online sports betting in New Hampshire.

Under the legislation, punters will be able to register accounts on mobile betting apps remotely which means they will not have to visit a physical casino to sign up.

HB 480 will create the Division of Sports Wagering within the New Hampshire Lottery Commission which will act as a regulatory body for sports betting.

The bill also states that bettors will need to be at least 18 years of age if they wish to bet on sports.

The legislation prohibits betting on New Hampshire college teams and any college sporting event that takes place in the state.

HB 480 will now head to the Governor for final approval, if he signs the bill into law New Hampshire will become the fifth state to legalize sports betting in 2019.

Before the bill reaches Sununu, it will be reviewed by the Enrolled Bills Committee to ensure there are no errors in the text.

Once Sununu receives the bill from the Committee, he will have 10 days to sign it into law.