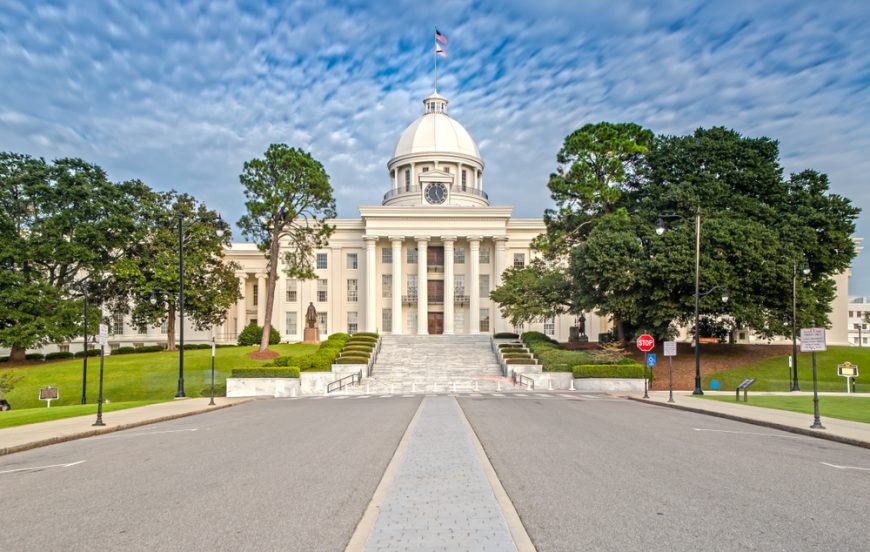 Lawmakers in the state of Alabama are considering a new piece of legislation that would bring sports betting to Alabama.

Alabama is one of the latest states to consider legalizing sports betting after lawmakers in the state introduced a bill that would permit online, mobile and land-based sports betting in Alabama.

The bill, titled HB 161, was introduced by Representative John Rogers and would authorise wagering on professional and collegiate sporting events in Alabama either in-person at a licensed venue or online with an approved online betting operator.

The proposed legislation is currently with the Alabama House of Representatives’ Committee on Economic Development and Tourism where it is being considered.

If successful, the legislation would facilitate the creation of the Alabama Sports Wagering Commission which would be responsible for regulating the market and overseeing the licensing process.

The Commission would then be able to issue up to seven licenses for sports wagering with each licence costing $100,000. The license would last for a five-year period after which the licensee would be required to pay a $100,000 renewal fee.

Each licensee would be permitted to offer online sports wagering in the state.

The activity would be taxed at a rate of 10% on adjusted gross sports betting receipts in the state and would be payable to the regulatory body in weekly instalments.

Supplier licenses would also be made available for an initial $1,000 fee which would have to be renewed annually for $1,000. These would allow the licensed entity to lease sports betting equipment or services to another, licensed business in the state.

Management licenses would also be up for grabs which would cost an initial $1,000 and then must be renewed for $1,000 on an annual basis. These licenses would allow the holder to provide management services to a gambling facility which is approved to offer sports betting services.

The legislation would also create the Sports Wagering Fund which would collect money from taxing sports betting and then distribute the funds to different causes. Of this, 15% of taxed revenue up to $250,000 would be allocated to the state every month. The remaining money would be used to find higher education scholarships across the state.

Residents would need to be at least 21 years of age to legally bet on sports in Alabama.

If the legislation is successful and approved, it would come into effect on the first day of the third month after its passage into law is signed by the state Governor.

The 2020 bill was introduced to the House in March but failed to generate enough support.

Both bills are similar when it comes to tax revenue and licensing costs however the number of available licenses has been raised from four in HB 336 to seven in HB 161.