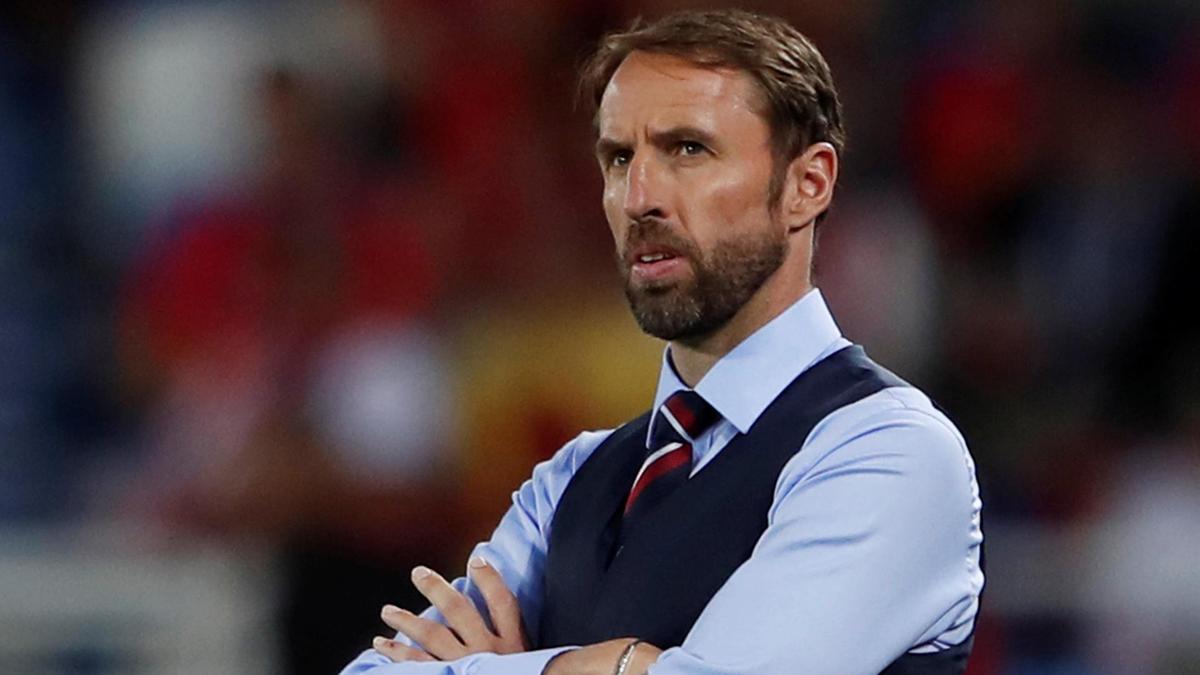 Fresh off the back of the two most recent international matches and less than a year away from Euro 2020, Gareth Southgate’s best XI remains far from certain. While the likes of Jordan Pickford, Harry Maguire, Raheem Sterling and Harry Kane are guaranteed starters, much of the rest of the team remains up for grabs. This was exemplified in the two qualifiers against Bulgaria and Kosovo, where Southgate made three changes between the two games. Here we give our take on who should be starting for the national team.

England have an embarrassment of riches at right-back – long gone are the days of Jon Flanagan being on standby for the World Cup. With four quality options in Kieran Trippier, Trent Alexander-Arnold, Aaron Wan-Bissaka and Kyle Walker, this is perhaps Southgate’s biggest headache, albeit a welcome one.

The fact that three of the four were included in the latest squad shows just how tough a decision the England boss has on his hands. The two at the head of the queue are Trippier and Alexander-Arnold, who are both favoured for their attacking output and dead ball ability rather than their defensive abilities, or lack thereof.

Both started a game each in the last round of qualifiers, though it was Alexander-Arnold who put in the best performance, and in truth, he was streets ahead of Trippier last season. However, the former Spurs man has been given a new lease of life at Atletico Madrid and is clearly a favourite of Southgate’s.

That doesn’t mean Wan-Bissaka and Walker are out of contention for the EUROs, though, especially if Southgate travels with three right-backs in the squad, as he did for the 2018 World Cup.

Wan-Bissaka is yet to earn his first cap, but thanks to impressive displays for Crystal Palace and United and his standing as arguably the best defender of the group, he’s not far off. Walker, meanwhile, has a job on his hands to work his way back in, having been left out of the most recent squad, but a strong season with ChampionsCity would make him difficult to ignore.

At this current time, Alexander-Arnold has to be first choice. The youngster has excelled for Liverpool and was one of the main attacking outlets against Kosovo. Trippier will still be in with a shout for a starting berth if he can improve on last season, but right now it has to be Alexander-Arnold.

Harry Maguire is nailed on to start at centre back, but question marks remain over who will partner him. John Stones had been first choice for much of Southgate’s tenure so far, but recent injuries and lack of playing time at Manchester City means his spot is vulnerable. His display against the Netherlands in the Nations League was also a reminder of his tendency to produce calamitous errors from time to time.

Not that his replacement, Everton’s Michael Keane, has fared much better. Keane started both the recent qualifiers but looked far from convincing, gifting Kosovo an early goal after a terribly wayward pass. That mistake set the tone on a night where England looked worryingly porous throughout.

The other option is Joe Gomez, who offers vital pace to an otherwise pretty cumbersome backline. However, despite having huge promise, injuries have halted his progression and he’s now stuck behind Joel Matip in the Liverpool pecking order, despite starting the first game of the season.

At the moment Stones’ experience probably just gives him the edge, fitness permitting. However, if Gomez can work his way back into the Liverpool starting XI and avoid injury, he’s our pick as the perfect partner for Harry Maguire.

Two spots in Southgate’s three-man midfield look pretty much set in stone, with Declan Rice holding and Jordan Henderson operating in a box-to-box role. However, there’s a wealth of options for the third spot, with little between the contenders.

The midfield Southgate ultimately takes to EURO 2020 will largely depend on the players’ fitness. Alex Oxlade-Chamberlain and Ruben Loftus-Cheek will always be in contention if they’re fit and playing, but both have been seriously hampered by injuries in recent seasons. Harry Winks and Jesse Lingard are also there or thereabout, but should be squad players rather than starters.

Ross Barkley started the last two matches, but despite some positive flashes, the Chelsea man once again failed to truly put his stamp on the team. His Chelsea teammate Mason Mount has impressed this season and came off the bench in both games for his first two senior caps. The youngster adds a goal threat that most other options don’t, but he will need to further prove himself at Chelsea before earning a starting role for England.

Dele Alli has long been a starter for England, but a drop off in form coupled with a recurring hamstring injury has seen his place come under threat. Whether he’s a natural fit for the 4-3-3 Southgate has now adopted is another question, with the Spurs man at his best when playing off the striker in a more advanced role.

There are similar positional concerns over James Maddison, who on form and technical ability is far and away England’s best midfielder at the moment. The Leicester man was brilliant last season and has picked up right where he left off in the 2019/20 campaign so far. Yet, somewhat surprisingly, Mount was brought on ahead of him in both recent qualifiers. In the previous round of qualifiers against the Czech Republic and Montenegro in March, Southgate explained why Maddison wasn’t included, saying: “I think he’s a No.10, and at the moment we’ve not been playing with a 10.”

While Maddison does often play a more advanced role for Leicester, he also frequently forms part of a three-man midfield under Brendan Rodgers. Southgate seems to prefer the safe option in Barkley, but Maddison bettered the Chelsea’s man in terms of tackles, recoveries, duels won and successful 50/50s last season, so he can certainly get stuck in and help out defensively.

What really stands out about Maddison, though, is his creativity. He was the only player to create 100 chances in the Premier League last season and has already picked up two assists in four games this term. With Maddison supplying the front line, England would pose a real threat. Southgate may not fancy him, but Maddison adds a spark that simply no other midfield option does, so he makes the cut for us.

Who will be the man to join Harry Kane and Raheem Sterling up top? Unlike other positions, this one is a straight shootout between two options – Marcus Rashford and Jadon Sancho. Both started a game each each in the last round of qualifiers, but it was Sancho who caught the eye with a two-goal performance against Kosovo.

The two contenders are fairly similar in that they’re both young, skillful, pacey and can score and assist, but their careers are currently following different trajectories. Sancho has been a revelation since bursting through at Borussia Dortmund last year, racking up 12 goals and 17 assists in the Bundesliga last season. Sancho has started the new season just as he left off – the former City man is on a rapid rise and shows no signs of slowing down.

Rashford, in contrast, seems at somewhat of a crossroads in his career. The big question that needs answering is where exactly his best position is. Ole Gunnar Solskjaer sees him as a number 9, but there are doubts as to whether he possesses the natural killer instinct to excel in that role. Southgate has said he’s better suited out wide, and this difference in opinion may have an impact on Rashford’s chances of a starting spot.

At the moment, Rashford probably just edges it for Southgate. However, it’s Sancho that gets our vote. If he can keep up his current form, the Dortmund man will surely start England’s first game of the Euros. 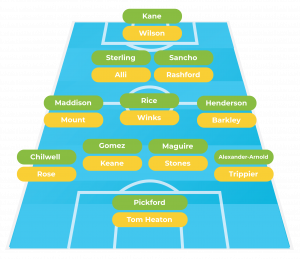