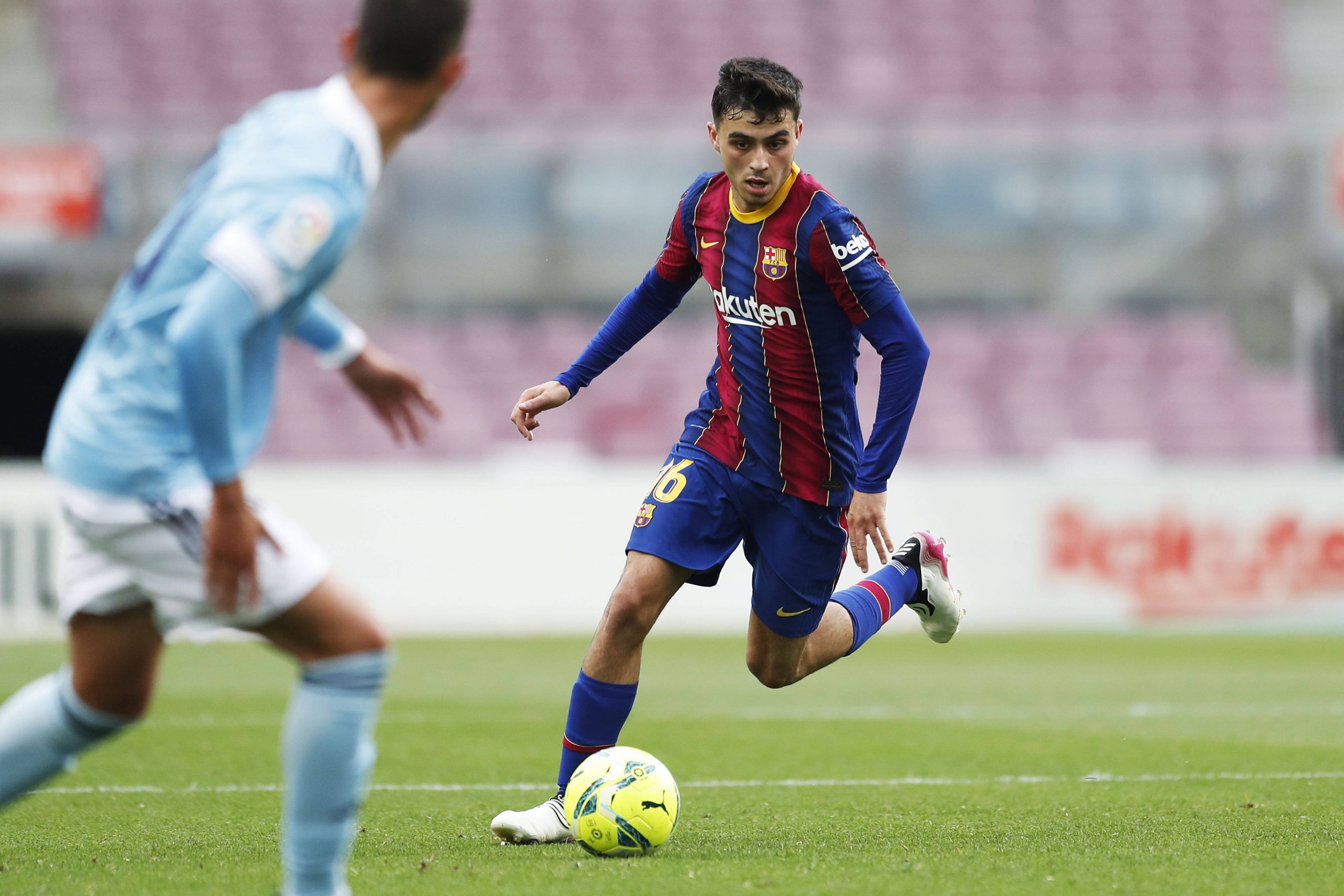 There is nothing imposing about Pedro Gonzalez Lopez, the 18-year-old midfielder fresh from a season of awe-inspiring performances for Barcelona.

Pedri is diminutive and not particularly strong or quick; anybody familiar with the pattern of Barcelona’s recruitment and player development over the past 15 years knows that makes him a figure of intrigue, not ridicule or dismissive derision. His intelligence is his greatest strength; he reads the game better than most and presses incredibly effectively.

It would be easy to assume he had emerged in the shadow of Camp Nou at Barça’s old superstar factory, La Masia, and many have made that mistake; he shares characteristics with the likes of Andres Iniesta and Xavi Hernandez, but his origin story is not one of them. Pedri is rare; he was a shrewd signing made from Las Palmas. Barcelona have frittered away millions in erratic and desperate transfers — one of the main reason they are facing such crippling financial hardship — but this is one of the few decisions they got right.

🗣️ Luis Enrique: "What Pedri has done in this tournament, at 18, no one has done. Not even Andrés Iniesta did that; it's incredible, unique."

UEFA's team of Technical Observers have named Pedri as their Young Player of the Tournament 🇪🇸👏#EURO2020 | #ESP pic.twitter.com/NDwfFoXt2O

The coach, Ronald Koeman, faced a backlash when, earlier this season, Pedri was being played wide in Barcelona’s three-pronged attack ahead of Ousmane Dembele, before he found his regular midfield berth.

“People at the club are gradually starting to realise about him,” Sam Marsden, ESPN’s Barcelona correspondent tells Compare Bet. “At the start of the season, there were a lot of questions about him and whether he’d play with the first team or go out on loan. He was on the bench in the early games and coming out in attack ahead of Dembele; people were saying Koeman was taking the mick.

“The first big surprise came in October when he made the first XI for El Clasico [against Real Madrid]. He was still playing as forward at the point and hadn’t made his way into midfield. That was the moment Koeman made his point, that he saw a player he rates; he was quiet in the game but from then, he just grew and grew. One of his first really impressive games was against Juventus in the Champions League; he didn’t drop back into the midfield three alongside [Sergio] Busquets and [Frenkie] de Jong until the turn of the year. But they became untouchable.

“When Barça were playing 4-3-3, Pedri had more attacking freedom and was linking really well with [Lionel] Messi, then when they changed to 3-5-2 he showed a defensive nous; he just reads the game so well. If you watch him, he is always in the right place at the right time. He is so intelligent; he presses really well. Messi doesn’t press so much these days, but sometimes when he loses the ball and really wants to get it back he just will. Pedri presses a bit like that; he’s got it all and I don’t actually think we’ve seen the best of him in an attacking sense.

“Some of the stuff he was doing with Las Palmas and Spain’s under-17s at the World Cup is where the Iniesta comparisons come from; his dribbles and technique. We have seen a more practical side at Barça, maybe because of his instructions. With Spain it is the same; he’s passing and he’s pressing and obviously playing well, but we aren’t seeing that magic he has.”

It is scary to think that there is more to come, but naturally, there will be. The ease and comfort with which he played for Spain at Euro 2020 this summer, helping Luis Enrique’s side to the semi-finals before being named Young Player of the Tournament, was remarkable and it seems cheap to quantify everything with his age, which clearly doesn’t matter. He simply isn’t fazed by anything, and he’ll go again as part of La Roja’s Olympic football squad for the Tokyo Games.

Pedri completed more passes in the final third (177) than any other player at #EURO2020 and was named as Young Player of the Tournament.

Up next; the the Tokyo Olympics. pic.twitter.com/v2fUqJLojm

But Pedri will more than likely come into his own back at Barcelona. After years of battling an identity crisis, where their core philosophy over playing style and genera attitudes drifted, the club has hit the reset button. Joan Laporta was the president who oversaw their rise from flailing mediocrity to arguably the greatest team of all time in the early 21st century, sticking religiously to Johan Cruyff’s approach, which he first implemented as a player and then a coach. Laporta is back and looking to tidy up an almighty mess.

Messi may well be about to sign a new contract, despite technically being a free agent while he takes holiday after winning the Copa America with Argentina as his existing deal ran out at the end of June. But he is 34 and nobody can live in denial any longer; although not enforced by Messi himself, which looked likely at one stage, a Barça side without him is on the horizon and everyone will have to get used to it. Thanks to Pedri and a couple of other emerging stars, fear over that prospect is subsiding.

Lionel Messi will sign a new five-year contract at Barcelona—taking a 50% reduction in his wages—that will keep him at the club until he is 39, reports @sport ✍️ pic.twitter.com/PkTi3IwQKF

“It is a combination of things,” Marsden continues. “Pedri and Ansu Fati are very good, but the generation from before was so good, it is impossible to replace; they’ve tried. Football is cyclical and you need that gap where you accept you’re not going to win as much. Barça have had that over the past couple of years and they are still not completely there yet; Messi, Busquets, [Gerard] Pique and [Jordi] Alba are still there so it hasn’t been a clear out.

“There is a feeling that they are ready for the next generation and they are looking at players like Frenkie de Jong, Pedri, Ansu; they are starting to look beyond Messi.”

There is an argument that Pedri’s fledgling career is the ultimate phoenix from the flames moment for Barcelona. He has been thrust into life at the deep end and expected to swim instantly due to their existential crisis; the fact he has been able to show his talent and temperament both shine through when it matters. Perhaps it would have been different at a more stable juncture in their history, but Laporta is looking to regain Barcelona’s soul with a blueprint. There are difficult times ahead, but at least they have found a great foundation from which to build upon for a bright future in a different direction.