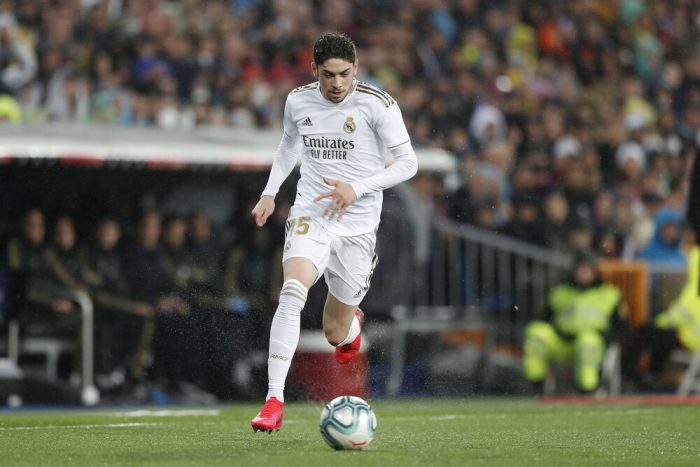 Fede Valverde ran downstairs to see his parents. He’d just had a beautiful dream, and he needed to share it.

“He was four years old,” Valverde’s mother Doris told Marca. “He got up in the morning and said: ‘Mum, Dad, I dreamt I was in a stadium, and everyone was screaming for me. They were all dressed in white and spoke differently to us’.”

That alone would have been a sweet anecdote to precede his professional career and a move to Real Madrid, but the notion of destiny started to crop up when the dreams persisted.

“When he was 10 or 11 he dreamt again and said ‘Mum, that team I dreamt of is Real Madrid,” she added. “They are Galicians – in Uruguay, we say Galicians for all Spaniards.”

Valverde grew up in Uruguay’s capital, Montevideo, and like many young children, he adored football. His mother scoured Montevideo to find boots, while his father, Julio, nailed a net on the wall that separated the living room with the kitchen so his son could play.

Eventually, the nails that had held firm while little Fede scored goal after goal gave way, and his parents decided it was time to find him a team –in this case Penarol. It wasn’t smooth sailing, however. Valverde may have had big dreams, but in person, he was shy.

The journalist Panos Kostopolous writes of his first trial, “he laid against a tree and wouldn’t move. A member of the team staff approached him and urged him to join the rest of the kids. Fede turned red, hesitantly moved towards them and started passing the ball around.”

While his start at Peñarol was slow, his rise through the club’s academy was rapid. In 2015, he starred for his country in the South American Under-17 championships, and from there teams from Europe began circling. Real Madrid were joined by Paris Saint-Germain, Arsenal, Manchester City, Chelsea and fierce rivals Barcelona in taking an interest.

“Arsenal invited him to visit their facilities when he was 16 years old,” Peñarol vice president, Rodolfo Catino, told AS. “We agreed to it, although we told him that he was not going to play because we were afraid he may get injured. But Arsenal insisted that he should play and we agreed to an insurance value of six million euros in case of any injury. A few months later, they came to Montevideo to sign him, but their offer was very low, and we did not reach an agreement.”

The Gunners were ready to offer €4M but it was Real Madrid’s €5M proposal that was accepted in 2016. The deal was officially sealed when Valverde turned 18, at which point he moved to the Spanish capital and was inserted into the clubs B-team.

He initially struggled to impose himself, but slowly became a mainstay of Santiago Solari’s side making 36 appearances and registering three goals and two assists in his first season with the club. He took that momentum with him to the Under-20 World Cup in South Korea, where he collected the silver ball with Uruguay. Unfortunately, his time in South Korea was not without issue. Valverde was forced to issue an apology after a celebration appeared to show him pulling his eyes back to make them slits.

“It is not a racist celebration,” he said. “It was a private celebration for friends. I did not have any racist intent. I’d like to apologise.”

The following season he was sent on loan to Deportivo La Coruna where he initially worked under the guidance of Pepe Mel. The midfielder made a strong impression during pre-season, and after sitting out the first game against Real Madrid (due to a contract clause) Mel used Valverde on the left, as well as central and attacking midfield.

It was an arduous campaign for Valverde, however, as Depor failed to avoid relegation. They would eventually finish 18th, 14 points from safety, having gone through three managers (Pepe Mel, Cristobal Parralo and Clarence Seedorf). Valverde would miss seven games during the second half of the season due to a knee injury, and when he did return to full fitness, he was used mainly from the bench.

Nestled within that struggle, however, was just over 1200 valuable minutes of first-team football, and the relationship Valverde had with the club’s supporters clearly left an impact on him.

“If Madrid decides to loan me again, out of respect for A Coruña, I won’t accept any offers in Spain,” he would tell Gol. “If I can stay at Depor, in whatever division, I’d like to stay because I am a part of this. If the worst happens, I will have played a role in us going down to Segunda, and I’d like to come back and help Depor to get back into Primera again.”

Valverde subsequently returned to Real Madrid where Julien Lopetegui was now manager. Lopetegui decided to call the young midfielder up to the pre-season squad and handed him his competitive debut during Real Madrid’s 2-1 victory over Viktoria Plzen in the Champions League group stage.

The struggle at Depor was good preparation as Real Madrid endured a difficult campaign. Lopetegui was dismissed in late October and replaced by Valverde’s coach with Castilla, Santiago Solari before Zinedine Zidane returned to the club in March. The season ended with a Club World Cup success, but domestically the team finished third in La Liga and exited the Champions League during the Round of 16.

Zidane had promised a revolution at the club, and a protracted attempt for Paul Pogba ultimately proved fruitless. To rejuvenate his squad, Zidane also loaned out Dani Ceballos and sanctioned permanent transfers for Mateo Kovacic and Marcos Llorente to Chelsea and Atletico Madrid respectively.

Valverde was primarily used on the bench before earning his first league start (and assist) against Granada. It was a show of faith from the manager, and it’s easy to see why. If you watched Valverde for Uruguay’s youth teams, you saw a player that was comfortable driving through midfield from deeper positions. He could also make the ball work, with his long-range passing a sight to behold.

“His character,” ESPN Spanish football expert, David Cartlidge, told the Warm-Up when asked what impressed him most about Valverde. “He has never looked overawed by the size of the challenge, playing for Real Madrid. He has approached everything with great desire and determination. I think the sheer will he plays with. He is willing to do anything and everything to come out on top.”

When asked where Valverde could refine his game, Cartlidge added:

“I guess he could be more composed at times. His energy and enthusiasm can sometimes get the better of him. To be a true great he must be able to read and dictate the biggest games.”

This year has already seen him consecutive starts as he looks to establish himself in the first team. There was an unfortunate red card, but in truth, you’d be hard-pressed to find a Real Madrid fan who looked at it as reckless. The dismissal in question came during extra time against fierce rivals Atletico Madrid, with the score tied at 0-0. That’s when Alvaro Morata was put through and looked sure to win the game for Atletico.

Summoning a spirit that even Diego Simeone admired, Valverde hacked his man down. The resulting free-kick brought nothing, and Real Madrid eventually won the game. Despite this dismissal 2020 looks like it could be a big year for Valverde, with Catino predicting the grandest of things.

“Valverde will be a Ballon D’Or winner,” he said. “He’s one of the greatest players to ever come out of this country, like Suarez or Forlan. I don’t know when that will happen, but he will win it because he understands football and he’s a really elegant midfielder.”

For that to be the case, Valverde may have to dream about it first, but that’s assuming he hasn’t already without telling one. 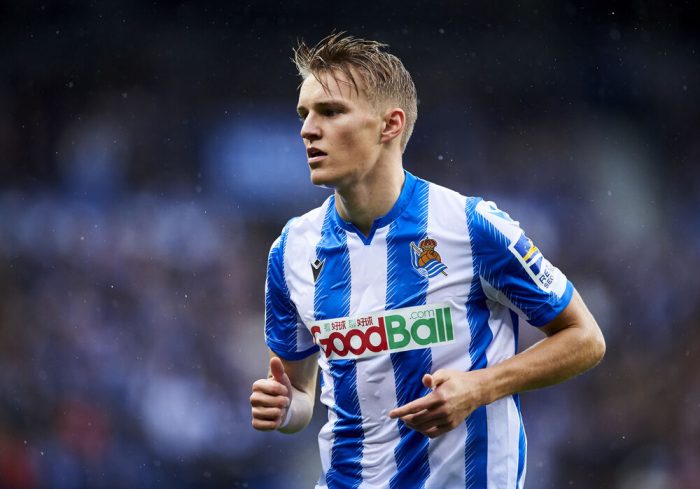 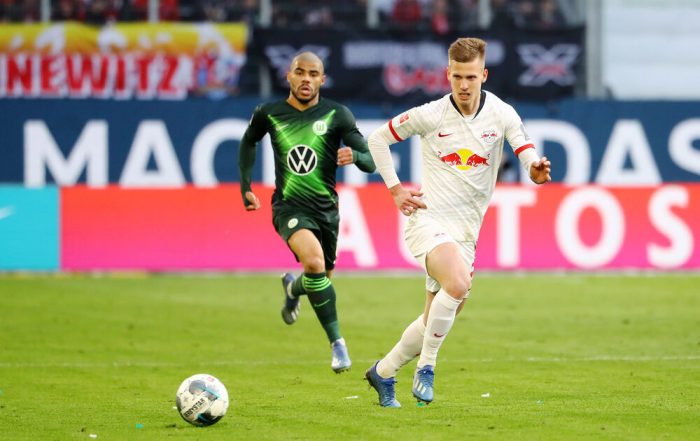 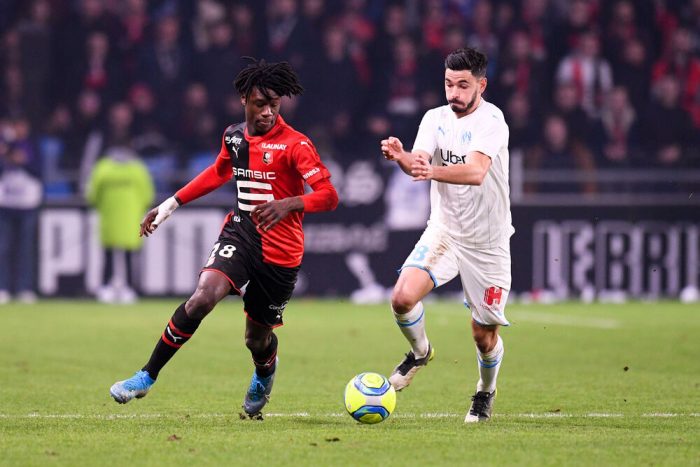