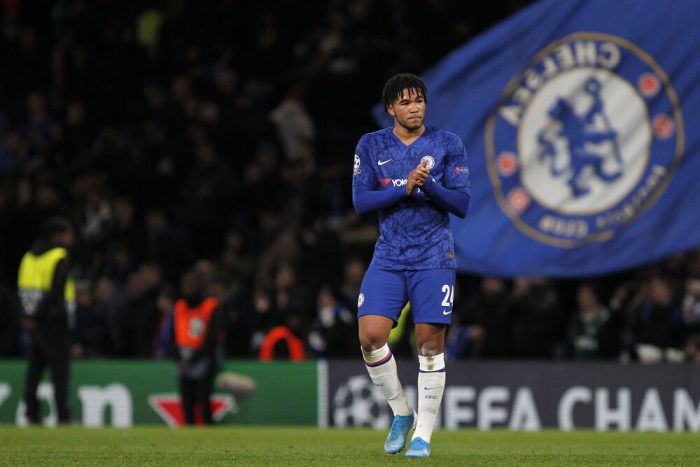 Chelsea’s impressive season has been characterised by Frank Lampard’s use of the club’s young players, with young right-back Reece James the latest to break into the first team. Whereas the likes of Tammy Abraham and Mason Mount were thrust in from the start, James had to wait for his chance, missing the start of the season after suffering an ankle injury in the summer. However, the 19-year-old has already made a big impact since his return to fitness.

James’s talent has long been recognised by followers of Chelsea’s youth teams. With the Blues since the age of six, James signed his first professional contract in March 2017 and captained Chelsea’s under-18th to FA Youth Cup success in 2017/18. He was named Academy Player of the Season and signed a new four-year contract in June shortly before his loan move to Wigan Athletic, where he rose to prominence, winning the club’s player of the year award during his sole season with the Latics.

For Wigan manager Paul Cook, James’ talent was immediately obvious. Speaking to the Athletic, Cook said: “In his first training session, we all went, ‘Oh’, and then the second session, he trained the same way […] It was apparent from Reece’s training habits and how he played football that he was clearly a very special player.”

James’ performances for the Latics immediately drew attention. A quick, physical player with considerable upper body strength, he is adept defensively as well being a direct dribbler who is very comfortable on the ball. Perhaps his most outstanding attribute is his excellent crossing ability, which makes him a genuine threat going forward. James bagged three assists last term and chipped in with a few goals along the way, including a 30-yard screamer against Bristol City.

Cook handed more responsibility to James as the season progressed, with the right-back taking free-kicks and corners as well as a penalty against league leaders Norwich in April, which he duly scored. He was even made captain for the final game against Millwall, in recognition of his performance throughout the season.

His contributions were recognised at the club’s end of season awards, winning Player of the Year, Players’ Player of the Year —with a 96% vote— and Goal of the Season. He was also named in the Championship Team of the Year after helping Wigan comfortably avoid relegation. It’s fair to say the Latics could certainly do with him now, with the club hovering just two points off the drop zone and without a win in seven.

James’ brilliant 2018/19 attracted plenty of admirers. Crystal Palace tabled a £25m bid in the summer, and the likes of Bournemouth and Newcastle were also credited with an interest. That bid was swiftly by rejected by Chelsea, who instead sent Davide Zappacosta on loan to Roma, freeing up space in the squad for James and highlighting Frank Lampard’s faith in the youngster. Lampard gave James’ his first-team debut against Grimsby in the League Cup towards the end of September and he immediately looked at home, scoring one and assisting two in a 7-1 route.

James made his Premier League debut against Newcastle in October, being brought on in the dying minutes to shore things up. His first real chance in the league came when he replaced Marcos Alonso just after the hour mark against Burnley, and he impressed in that brief appearance.

Frank Lampard gave James first his Premier League start against Crystal Palace on November 11, and the Chelsea manager was rewarded for his faith. James turned in an excellent defensive display, completely dominating Wilfried Zaha and demonstrating why teammate Mason Mount calls him ‘the Beast’. The teenager topped the interception stats and also threatened going forward, putting in more crosses than any other player on the pitch.

"No one will play Zaha better all season!"

Lampard has also put his faith in James in the Champions League, starting the right-back against both Lille and Valencia. However, it was when he came on as a substitute against Ajax that he truly announced himself to the Stamford Bridge faithful. Chelsea were 4-1 down by the 55th minute, but James’ 74th-minute goal levelled the scores and completed a stunning comeback, making him the club’s youngest ever Champions League goalscorer in the process.

It’s fair to say that James’ performances have got Chelsea fans excited. Cesar Azpilicueta is no longer the player he once was, and in James, Lampard has a ready-made replacement. The manager has been full of praise for the young full-back, saying after the Palace game “He’s got the ability to go very, very far […] I saw it last year and I’m seeing it now in training.”

“When you see experienced players respect young players who come train with them and see the quality, it’s always a good sign. I’ve got huge belief that he can go as far as he wants to go in the game. I’ve seen so much improvement. His raw talent and ability was there to see today. This is just the start of the story. There is a lot more to add to that. He’s going to be a big, big player for this club”, Lampard added.

Reece James is the youngest player in Chelsea's history to score for the club in a Champions League game.

What a moment. What a game. #UCL pic.twitter.com/TnPHWfdL5L

His versatility is another plus, with Lampard recently stating that he has the ability to play at wing-back and as part of a back three in addition to his natural position. He was deployed in midfield at times while at Wigan, and Lampard acknowledged his ability to do so effectively, adding: “he does have that all-round game that he could play centrally in midfield if needs be […] he could always do that as he matures through his career.”

A member of the England youth setup since 2017, James has appeared for every age group from the under-18s to the under-21s, earning 25 caps in total. He’s seen plenty of success, starting in the final of the 2017 Toulon Tournament in which England defeated the Ivory Coast. He was also part of the squad that won the 2017 UEFA European Under-19 Championship.

The Chelsea man went to this summer’s Toulon Tournament as England’s starting right-back before suffering the ankle injury that put his start to life back at Chelsea on hold. Since his return to fitness, he’s earned two caps for the under-21s. James will have to cement his starting role at Chelsea before he’s considered for a senior call-up, particularly given England’s strength at right-back, but he has the talent to make it as a senior international.

There’s no doubt James will continue to have an increasing impact for his club as the season progresses. Having already shown himself more than capable of excelling at the highest level, James could easily be Chelsea’s right-back for the next ten years.