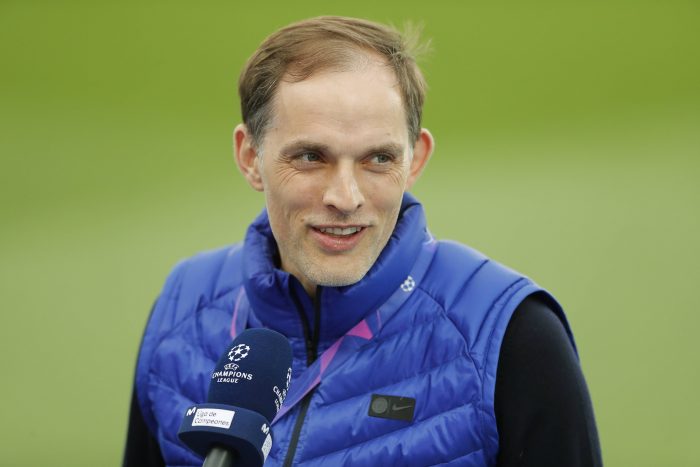 Across nearly two decades it was commonly believed that whoever finished above Manchester United would win the title. Now, with their arch-rivals Manchester City about to win a third Premier League crown in four years, might the same thinking be applied with them?

If so, it’s Chelsea who are presently in the best shape to usurp Pep Guardiola’s magnificent creation in the not-too-distant future, such has been the dramatic improvement at Stamford Bridge since Thomas Tuchel’s arrival in late January. The Blues are a team transformed under the German coach and it is testimony to their quantum leap that many are tipping them to strongly challenge City next term.

It follows, therefore, that how they fare this weekend at the Etihad will reveal quite a lot about their credentials to do so, while a Champions League final clash at the end of this month will disclose considerably more. Let’s not forget too, that in between these dates Chelsea have a FA Cup final to compete for after beating City to get there.

While reaching finals and lifting trophies is the best barometer of a team’s standing, what most grabs the attention from Tuchel’s short time in the capital is the consistency of Chelsea’s league form. The Blues have climbed from 10th in the table on the day of Tuchel’s appointment to fourth today, with a Champions League spot in their sights.

In full flight, with Frank Lampard at the helm, Chelsea hinted at great things to come but too often this was undermined by insipid displays. That has all changed since the arrival of the former Borussia Dortmund and PSG boss. The players have fully embraced his well-drilled 3-4-2-1 formation, leading to nine wins and five draws from 15 league matches. Only a bizarre capitulation to West Brom acts as a glitch in Tuchel’s matrix.

When this record is extended to all competitions it raises the eyebrows further, especially when the quality of their European opponents is factored in. Under Tuchel, Chelsea have only suffered two losses in 24 games and have bested both Madrid giants with relative ease.

What an impact Thomas Tuchel has made at the club.#cfc #bbcfootball

That all of this has been achieved pretty much from the moment of Tuchel’s recruitment is arguably the most impressive aspect. Prior to his arrival, Chelsea at times struggled for cohesion, with a back-line prone to individual mishap and a strike-force that was misfiring. The immediacy in which Tuchel has implemented his successful blueprint leads us to an intriguing query. If the highly regarded coach has unearthed such a winning formula on the fly, then what heights can Chelsea aspire to after a productive transfer window and pre-season?

Simply put, if they get better still, then surely they will take some catching.

Pundit and club legend Pat Nevin is as enthused as anyone about the Blues’ remarkable turn-around in fortunes but remained cautious when discussing their title hopes next season.

Nevin told Compare.bet “It’s going to be tough for Chelsea to challenge for the title [next season]. They are behind Man City and a good distance too… However, it absolutely depends on how the squad is adapted over the summer. It is an amazing squad that Chelsea have got. It’s one of the very few squads – along with City’s – where you can make a number of changes and the team is not noticeably weaker. That is extraordinary.

“The problem is that Chelsea’s is a wee bit behind City’s in terms of what their first eleven and second eleven is capable of. So, they need to add to it.”

Daily Mail journalist and Chelsea fan Jenny Brown is another who believes that a fruitful – and no doubt very expensive – summer is needed to propel the Blues into Manchester City’s stratosphere.

“The glamour summer signing is always the high-scoring centre forward but there’s never too many who quite fit the profile and everyone wants to sign one. Thomas Tuchel’s side have managed to score more than two goals in a match just once. So it makes sense.

“While Timo Werner has come under some fierce criticism for his prolific misses, I feel confident that Chelsea will see the best of him next season. However, he flourishes in a system where he can play off another striker. So, while he and Kai Havertz will no doubt impress next season, a traditional striker could be the very player that ignites them.”

In defence too, some strengthening may be required, particularly as Father Time might soon be nutmegging the team’s organiser-in-chief.

“While Tuchel has been lauded for the defensive solidity he appears to have brought to Chelsea’s backline, it’s there that really needs the infusion. Frank Lampard signing Thiago Silva seemed a masterstroke to instil leadership but those legs won’t hold up for much longer and while Antonio Rudiger and Andreas Christensen have both stepped up, a savvy operator who can properly organize that backline is necessary.”

If the purchasing of a proven poacher and an elite stopper is necessary for Chelsea to be considered genuine title contenders what encourages in the meantime is how Tuchel’s coaching acumen has brought out sensational performances from his current crop. Mason Mount has added a goal-scoring threat to his impish link-up play and will almost certainly be a pivotal figure for England this summer at the Euros. Antonio Rudiger has been a calm and impassable colossus. Indeed, Nevin acknowledges an improvement across the board.

“Tuchel has done really well at getting the best out of Havertz and has improved Werner. He may well get the best out of Ziyech which would be incredible because the one thing they miss is that dollop of creativity.

“In midfield, they’re fine. Against Real Madrid, in that first leg, Jorginho and Kante and Mount absolutely shredded Madrid’s midfield and that really is saying something. At the back meanwhile, they don’t give away goals.

Though it’s sensible to conclude that Chelsea are not quite the finished article yet, and that it’s entirely right to remain cautious for now, a counter-argument can be raised that puts Tuchel’s side firmly in the frame next term.

It’s a counter-claim that turns to one of the most established cliches in football: that league titles are won on impenetrable defences, and Chelsea’s defence is absolutely ready to stand up and be counted – in Tuchel’s 24 games in charge, Chelsea have kept an astonishing 18 clean sheets and conceded a miserly ten goals. That’s a goal every 216 minutes.

One thing is for certain: next year, Manchester City won’t have it so easy.