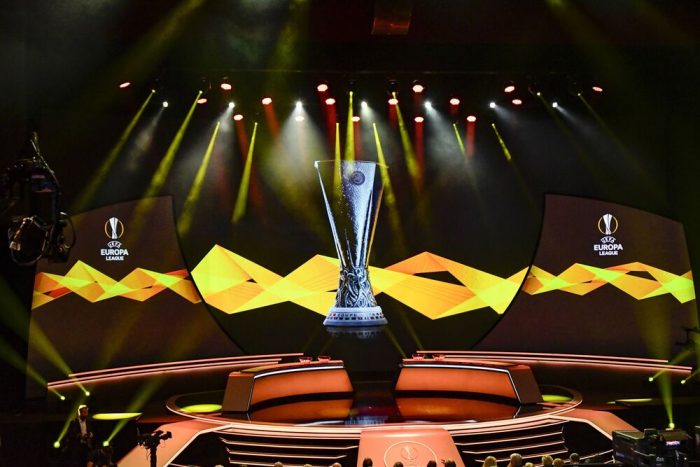 Last year, Wolves took the Premier League by storm.  In only their first season back in the top flight, they finished seventh, securing a spot in the Europa League and earning the title of ‘Giant Killers’, with Manchester City the only top-six side to avoid defeat against Nuno Espírito’s team by the end of the season.  A club with a big purse and even bigger ambitions, Wolves will no doubt be looking to kick on from last year’s success and bridge the nine-point gap which existed between them and sixth-placed Manchester United at the end of last season.

While the season is still young, things have not gone according to plan so far.  There is no sign of last season’s momentum in the Premier League’s opening weeks, as Wolves have found themselves floundering in the relegation zone, one point off the bottom without a win in their opening five games.  This uncharacteristic decline has come as a shock to many, however, it actually appears symptomatic of the difficulties that come with launching a Europa League campaign alongside the domestic season for teams who aren’t used to regular European football.

In Europa League qualifier matches, Wolves have produced victories against Armenian champions Pyunik and Serie A side Torino, but these impressive performances have been followed by lacklustre draws against Leicester and Burnley in the league. One explanation for this could be that the congestion added to the fixture list by Europa League games, as well as the pressure of travelling thousands of miles across Europe to play midweek fixtures, has caused fatigue and a dip in form. And this wouldn’t be the first time. Indeed, on closer inspection it seems that many of the League’s smaller clubs in the past, who have overachieved and earned a spot in European competition, have also seen a drop off in domestic form, begging the question, is it all worth the hassle?

Top teams, like last years’ finalists Arsenal and Chelsea, see the Europa League as a route to Champions League qualification and, in some ways, one that is easier than qualifying by finishing in the top four. They breeze through the early rounds – Arsenal equalled a competition record by recording 5 straight clean sheets in the group stage while Chelsea are unbeaten in 18 games in the competition – handing opportunities to youngsters and resting key players until the quarter-finals and often even the semis.

But for the league’s ‘overachievers’ – teams like Wolves – the added pressure is often too much to bear. For these smaller clubs, who rarely get an opportunity to ply their trade against other teams in Europe, a place in the Europa League is a privilege. It is a chance to be exposed to the glamour of a midweek game under the lights, in some faraway country, sometimes against a team with rich European pedigree (and sometimes not), and it is an opportunity at the riches that European football has to offer.

In the 2018/19 season, qualification for the group stage of the competition would see clubs earn €2.92 million, with the promise of a further €500,000 bonus for each win and €190,000 for every draw.  Group winners could expect an extra €1 million, and wins in the subsequent knockout rounds could reach up to €2.4 million by the semi-finals. This is why, when overachieving clubs qualify, it seems like a step in the right direction to help cement them as some of English football’s best.   For the ‘overachievers’, the Europa League is a path to the top.

Burnley were exposed to this world after their tremendous league showing in the 2017/18 season.  They finished 7th – a staggering 9 places higher than their 16th placed finish the year before – rightly earning the title of ‘the best of the rest’.  The foray into Europa League football which followed saw them reach the playoff round – just before the group stages – where they were knocked out by Olympiacos over two legs.  Teams who reach this stage of the competition are not entitled to the €2.92 million allocated to those in the groups, instead, the total payout for victories in the second and third qualifying rounds for Sean Dyche and his team, as well as a playoff loss, amounted to a total of just €840,000.  Still, for a team in only their second year of top-flight football since promotion in 2016, it had given them the invaluable experience of playing in Europe, an honour that only a handful of Premier League teams can claim.

However, playing in Europe does not come without a cost, as Burnely found out.  Like Wolves, the Clarets’ Europa League qualifying fixtures coincided with the beginning of the domestic season, adding an extra six games to the opening weeks of the Premier League.  Draining 3000 mile round trips for away games in Istanbul and Athens left just three days to prepare for league fixtures against Southampton and Fulham, from which they managed to scrape just a point in total.  In fact, the Clarets took just one point from their opening three games of the season, as Sean Dyche’s squad struggled with the strain of playing every three days. A disappointing start contributed to what was ultimately a disappointing season, as the previous year’s ‘best of the rest’ finished 15th, having lost 8 more games than in 2017.

Other clubs have also struggled in the past.  In the 2013/14 season, a second-place finish in the FA Cup for Hull earned qualification for the Europa League’s third round.  Victory in a midweek trip to Trencin in Slovakia, followed by a return home leg and then a two-leg playoff fixture with Belgian side Lokeren took its toll on Steve Bruce’s squad, with injuries to key players like Robert Snodgrass the result.  A pile-up of games saw Hull go through the month of September without a League win, and at the turn of the year, they sat in 17th place. In a year where some had predicted Steve Bruce’s side to rise up the table and cement their place as Premier League regulars, Hull were relegated with just 35 points from 38 games.

It seems then, that a place in the Europa league can have an adverse effect on the domestic season for the League’s overachieving teams, with squads often lacking the quality and the depth to deal with the added pressures of travel and fixture congestion that accompany a place in European competition.  This is not an issue for the big teams. The Chelsea’s and Arsenal’s of this world can afford to not field full-strength sides, to leave players at home, and to take the opportunity to blood eager and talented youths in European fixtures. This is a luxury earned only by money, and there is the difference.

A shot at glory

So how do teams like Burnley, Hull and now Wolves shake off their title of ‘overachievers’, and become capable of fighting a battle on two fronts the way the top teams do?  The simple answer – bar a financial takeover along the lines of Manchester City – by placing high in the league. At the end of each Premier League season, clubs receive a ‘prize money’ payment based upon a number of factors, with a significant one being their final position in the league.  Merit payments reward a team for their league place, with each place worth roughly £2 million. This means that last year Leicester City’s 9th placed finish rewarded them a little over £23 million, while Manchester United received £28.7 million for finishing 6th.

Facility fees are another factor.  These are probably the best indicator of the difference in earnings between the top 6 and the rest of the league, as they are payments based on how often each team is broadcast in the UK. Last year, the newest ‘overachievers’ Wolves received just under £17.2 million for their 7th placed finish, while all of the top 6 clubs exceeded that by £10 million or more.  When you take these figures into account, it becomes clear that a team’s final position in the league counts for a lot, far more than the €840,000 which can be made by reaching the Europa League playoffs as both Hull and Burnley managed.

Playing in European trophies may seem to be a great way of boosting a club’s image – I’m not sure how many Anzhi Makhachkala fans have seen games played at Turf Moor – and cementing a place in Europe’s elite clubs.  It may also seem like a chance at some of the money that is only usually available to the top teams who regularly compete in Europe. But this is not the case. In actual fact, the domestic despair, and the loss incurred by falling down the league table which often accompanies teams who struggle with playing at home and abroad makes it seem not worth it at all.

And yet, it is.  Fans of both Fulham and Middlesborough will remember that the Europa League can offer that bit of magic that you can only get with knockout cup football.  They will remember Mark Viduka’s 90th-minute winner to cap off a remarkable comeback from 3-0 down against Basel, sending Boro’ through to the semi-finals.  They will remember the 4-1 home victory for Fulham, against a Juventus team which included the likes of David Trezeguet and Ballon d’Or winner Fabio Cannavaro.  They will remember when their teams drew the hearts of the nation, taking on some of Europe’s elite and coming within touching distance of European glory, and then it will all seem worth it after all.