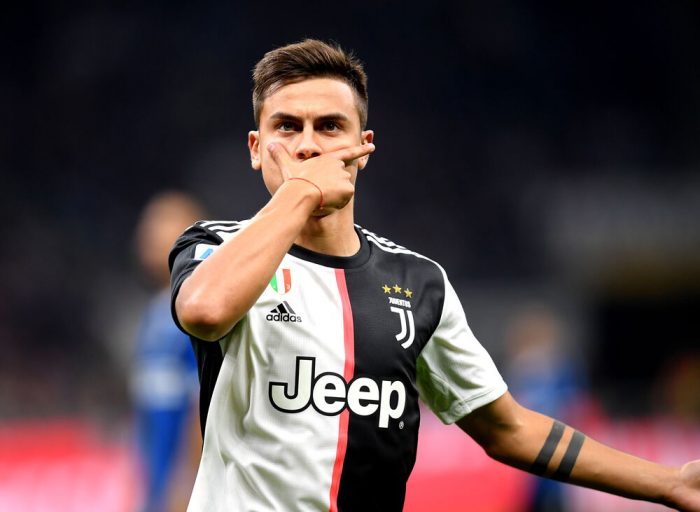 It all started so well for Paulo Dybala. He picked up his nickname la Joya—”the Jewel”— after scoring in just his second game for Cordoba side Instituto as a 17-year-old, taking the record for the club’s youngest goalscorer from Argentina legend Mario Kempes.

Dybala’s rare talent was evident from those very early days back in his homeland, and it took just a solitary season until he made the move to Europe, with Palermo. Three years, 89 league games and 21 goals later, Dybala completed a move to Italian champions Juventus, signing for €32m and taking the number 21 shirt previously worn by Andrea Pirlo.

Despite being one of the Old Lady’s most important players in his first three seasons in Turin, Dybala now finds himself in the strange position of being a supremely talented player without a guaranteed place in the starting XI. How did it come to this?

Signing after Juventus’ disappointing Champions League final defeat at the hands of Barcelona, Dybala started brilliantly at the Old Lady. Billed as ‘next up’ in a long line of superstars at the Turin club, the Argentine made huge contributions to the Serie A winning attack, netting 19 Serie A goals on his way to the title. Safe to say this got Juve fans more than a little excited – his goals to game ratio was bettered only by Roberto Baggio’s maiden Juve campaign. Dybala was a club legend in the making.

The 2016/17 season wasn’t as prolific, but Dybala was still a hugely influential player for Juve. Dybala dropped to a deeper number 10 position following the record signing of Gonzalo Higuain and Max Allegri’s switch to 4-2-3-1, but still scored 11 Serie A goals and registered seven league assists. He also scored four in the Champions League as Juve reached the final, only to be defeated by Spanish opposition once more, this time Real Madrid. His form saw him place sixth in the UEFA Player of the Year award and was enough to earn him a new contract with Juve.

The best was yet to come, however, and Dybala went from strength to strength the following season. Wearing the iconic number 10 shirt, Dybala became the Old Lady’s main man as he fired the club to another Serie A title with 22 league goals, becoming the side’s top scorer that season. Aged just 24 at the end of the 2017/18 campaign, many would assume Dybala would only go on to reach new heights. Sadly, this prolific season represents the peak of his young career, and preceded what appears to be a rapid, unexpected decline.

The 2018/19 season saw a big drop off in production, with Dybala netting just 5 Serie A goals in 30 games. There are several contributing factors that this steep drop-off can be attributed to. Most point to the arrival of Cristiano Ronaldo from Real Madrid. As expected, the legendary Portuguese forward immediately became the team’s focal point upon arrival. Dybala, Juve’s previous shining light, was now pushed to the sidelines.

Often pushed out to the right-hand side to allow Ronaldo to play in his favoured position of left-sided forward, Dybala has been marginalised and his impact greatly reduced. He went from the Old Lady’s star man to losing his place as a guaranteed starter, with natural winger Federico Bernardeschi often preferred towards the end of the season.

Fingers also have to be pointed at Max Allegri. In what was his final season at the club, the Italian never seemed to settle on a firm system or starting XI and his side were often underwhelming throughout the season. This lack of a clear direction on Allegri’s part clearly affected Dybala, who was a shadow of the man that had thrilled Juve fans the previous three seasons.

Of course, many great players endure the odd tough season, but Dybala’s situation now looks bleaker than ever. This is mainly due to the man who’s taken over from Allegri, Maurizio Sarri, and his unwavering devotion to a 4-3-3. It’s a formation that isn’t suited to getting the best out of a player like Dybala, best in either a number 10 or support striker role.

Chelsea and Napoli fans know from experience that Sarri isn’t just fiercely loyal to his formation, but his starting XI as well. The fact is plain to see – Juve’s first four games this season have seen Dybala on the bench, failing to even get on the pitch in two.

Compounding matters further for Dybala is that Sarri’s 4-3-3 is the system Ronaldo played in during his best years at Real Madrid. It’s a setup that is perfectly suited to the five-time Ballon D’or winner. The first four games saw the manager’s favourite son Higuain occupy the number 9 role, with Douglas Costa on the right of the front three and a central midfield of Blaise Matuidi, Miralem Pjanic and Sami Khedira.

Sarri did say in his first few weeks at Juve that he believed Dybala could be an effective false 9, and he got his chance in this role in the fifth game against Hellas Verona. The Argentine was lively, but failed to score and was replaced by Higuain in the second half.

An interesting development occurred in game week 6 of the Serie A season, as Sarri surprisingly changed formation against Brescia. It gave Dybala a chance to play in his natural position off Higuain up top, ahead of a diamond midfield of Aaron Ramsey, Adrien Rabiot, Pjanic and Khedira. La Joya was clearly more comfortable and was Juve’s brightest creative spark before being withdrawn later on.

However, there was one major mitigating factor here – the absence of Cristiano Ronaldo to injury. Sarri may have proved himself adaptable, but 4-3-3 will likely be his preferred system for the majority of the season. This leaves Dybala a man in limbo.

It’s not just at club level that Dybala doesn’t fit in either. The 25-year-old has 26 appearances for Argentina, yet most have been from the bench. With starting opportunities limited, he’s notched just two goals for his country. He saw less than 30 minutes of action at the 2018 World Cup.

The reason? A certain Lionel Messi, if you believe most commentators, and in truth it’s hard to argue with. Messi occupies all the spaces on the pitch that Dybala would naturally look to use, simply leaving no room for Dybala. As is natural for any skilful, left-footed Argentine, Dybala has often been compared to Messi and touted as his successor. However, thus far his similarity to the great has only seen his route to the Argentina starting XI be firmly blocked.

Fair to say, Dybala can count himself as rather unlucky that his career has seen him pushed to the sidelines by the two greatest footballers of this generation.

So, what’s next for la Joya?? He was strongly linked with a move away from Juve this summer, with Manchester United supposedly calling off a deal due to his wage demands and lack of desire to move to Old Trafford. A link with Spurs went on until deadline day, but the deal didn’t go through. Some blame Dybala’s demands, others point to complex image rights, while there were also reports Juve had a change of heart. That seems odd, considering they were believed to have been pushing him towards the exit for most of the summer.

The link with Spurs has persisted, with outlets reporting that Juve are keen to ship him off in January. It does beg the question of whether strongly opposing a move in the summer was a mistake on Dybala’s part. His desire to stay and fight for his place is commendable, but he now looks like an unwanted spare part. What’s more, both Tottenham and United have endured poor starts to the season, and it’s difficult to see Dybala being enthusiastic about moving to a struggling team mid-season.

All this leaves Dybala in a kind of footballing limbo – supremely talent with the numbers to back it up, potential to be one of the world’s best, yet not wanted by his club nor country. Part of his problem may be that the modern game just doesn’t afford space for second strikers and number tens like it used to. Another may be that, for all the ability and goals, Dybala was often been accused of failing to influence the biggest games. Outspoken former footballer Antonio Cassano shares that opinion, claiming recently that “if Juventus rely on him, they risk not winning anything this season.”

What’s clear is that Dybala’s career is at a crossroads in what looks to be a defining season for him. If he stays at Juve, he will either have to adapt his game or rely on his manager changing his set up to accommodate him, which doesn’t look likely. It may be that La Joya, so long the shining light of the Old Lady, may have to depart Turin to rekindle his flagging career.