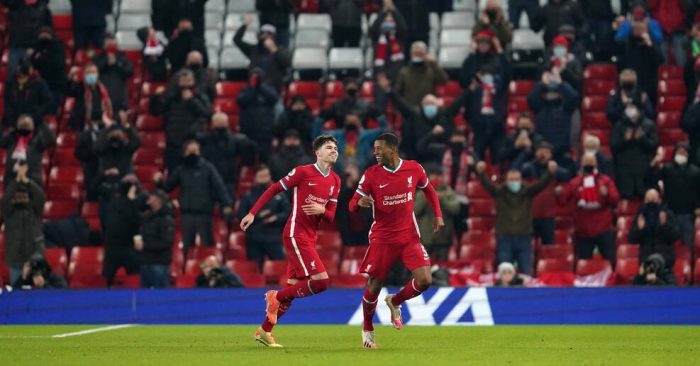 Tottenham tightened their grip on the top spot by sweeping past Arsenal in a convincing display in front of 2,000 Spurs fans at the Tottenham Hotspur Stadium. The two sides came into the latest edition of the North London derby in completely different form. Spurs hadn’t lost since their 1-0 defeat to Everton on the first day of the season, while Arsenal were winless in the league for over a month having lost 6 of their opening 11 games. The difference in confidence between the sides couldn’t have been more stark as the game got underway. Spurs never looked out of control once during the game, happy to hold onto less of the ball and hit Arsenal on the break. And their first goal was typical of Spurs under Mourinho this season, as Harry Kane took the ball in the middle of the park and played a sumptuous ball to Heung-Min Son who took on several Arsenal players before caressing a stunning shot into the top corner from 30 yards out.

Arsenal had finally begun to create a few chances as the first half progressed, but as soon as they had found a sight on goal, Spurs were up the other end, this time with Son turning provider for Kane who smashed the ball beyond a helpless Bernd Leno in goal. Arsenal were much more threatening in the second half, but for all their endeavour, the tightest defence in the Premier League this season refused to concede. The result sends Spurs back to the top of the table, while Arsenal’s worst start to a top-flight campaign since 1981 continues.

Later on Sunday evening, Liverpool hosted Wolves as fans returned to Anfield for the first time in 9 months. Liverpool have been particularly ravaged by injuries this season, a significant issue that has left manager Jurgen Klopp continually criticising the lack of a 5 substitute rule in the Premier League. But even with key players out, Liverpool are still a force to be reckoned with and showed their worth by thumping Wolves 4-0. A mistake from Connor Coady gave Liverpool the opening they wanted, as Mohamed Salah latched onto the loose ball to strike from close range to make the scores 1-0. Later, a sensational goal from Gini Wijnaldum and a resounding header from Joel Matip took the game out of reach, while an own goal from Nelson Semedo in the 78th minute rounded off what was a thoroughly convincing display from the Reds who now move up to 2nd in the table.

In the early kick-off on Sunday, Crystal Palace piled the misery onto strugglers West Brom as they subjected them to a 5-1 humiliation at the Hawthorns. Things started off badly for the Baggies as an own goal from Darnell Furlong put them behind after just 8 minutes. But despite pulling level on the 30-minute mark courtesy of a fine Conor Gallagher goal, West Brom were soon down to 10 men 4 minutes later as Matheus Pereira was sent off for apparently kicking Patrick van Aanholt in the midriff. Palace took full advantage of the one-man advantage as Wilfried Zaha and Christian Benteke both grabbed braces to take the score to an insurmountable 5-1, the first time Palace have even scored 5 away goals in the top flight.

This goal will never get old.

Chelsea’s recent resurgence continued on Saturday evening as they overcame Leeds 3-1 in front of 2,000 fans at Stamford Bridge. The side from Yorkshire had initially taken the lead through former Chelsea frontman, Patrick Bamford, after 4 minutes. But the Blues were soon back on level terms thanks to a close-range finish from the man in form, Olivier Giroud. Kurt Zouma gave Chelsea the lead in the second half with a thumping header before Pulisic was able to round off the game with his first goal of the season. Despite the excellent result that took Chelsea to the top of the table, for Saturday night at least, it was a miserable afternoon for Timo Werner who spurned 3 golden opportunities to score. The first was arguably the worst miss — the German got his foot on a loose ball from a Chelsea corner that looked for all the world as if it was already going in, but his touch took the ball away from the goal line and the attempts to atone for his error only sent the ball cannoning off the underside of the bar.

There was also a comeback win for Manchester United who saw off a West Ham side whose recent successes had taken them to 5th in the Premier League before the start of play this weekend. A first-half goal from Tomas Soucek rounded off a fine 45 minutes from the Hammers, but with the introduction of Bruno Fernandes and Marcus Rashford at half time, things quickly turned around for the Red Devils. Paul Pogba finally put his name back on the scoresheet, scoring a glorious long-range finish to bring the game level on the 65-minute mark — although there was some controversy over whether the initial ball over the top had gone out of play. Nonetheless, United’s lead was doubled 3 minutes later through a fine turn and finish from Mason Greenwood, before Marcus Rashford settled the affair with a goal of his own on the 78th minute to end the game at 3-1 to United.

There was also a second win on the bounce for Manchester City who beat Fulham 2-0 in what was a manful performance from the Cottagers at the Etihad. Two first-half goals from City, courtesy of Raheem Sterling and Kevin De Bruyne, settled the game before the half-hour mark, which means that City now move up to 6th place just 3 points outside the Champions League places.

Mason Mount created seven chances against Leeds, the most by a Chelsea player in a single PL game this season.

No Blues player has created more in a game across the past five seasons. pic.twitter.com/MxA2QNOMNO

Bayern Munich and RB Leipzig shared the spoils on Saturday night in a thrilling 3-3 draw. The meeting between these two clubs has taken on the status of season-defining in recent seasons and their latest fixture was no different. In a game in which the lead changed hands 3 times, a draw seemed like the fairest result for both parties. Leipzig initially took the lead through Christopher Nkuku, only to then be 2-1 down 15 minutes later following goals from Jamal Musiala and Thomas Muller. But 2 minutes after the German veteran’s strike, Leipzig were back level courtesy of a fine finish from new signing, Justin Kluivert. Leipzig were then back in front moments after halftime as Emile Forsberg scored the easiest header of his life from just a few feet out, only for Muller to bring reality crashing back down again 27 minutes later with a header of his own. The result leaves Bayern top of the Bundesliga, but with only 2 points separating them from Leipzig in third.

Elsewhere in Europe, there was yet more misery for Barcelona as their already underwhelming season went from bad to worse. Despite making it through to the knockout round of the Champions League with ease, they have struggled in La Liga and were put to the sword by the high flying newly-promoted side Cadiz who walked out 2-1 winners over the Blaugranes for the first time since 1991. Goals from Alvaro Giminez and former Manchester City forward, Alvaro Negredo, sealed the victory while piling the pressure on Ronald Koeman in the process.

There were also wins for AC Milan, Inter and Juventus in Serie A. Juve cemented their position in the top 4 with yet another victory over Torino in the Turin derby, while Inter came away from their meeting with Bologna as convincing 3-1 winners. But it was AC who yet again stole the show, continuing their unbeaten record by beating Sampdoria 3-1 away from home. Despite the hamstring injury to Zlatan Ibrahimovic that has left the Swede out of action for the past few weeks, Milan have remained unphased with the likes of Franck Kessie and Samu Castillejo, in particular, stepping up to the plate to provide vital goals for the Rossoneri.

Jamal Musiala steps up for Bayern! ????

The 17-year-old subs on and scores fives minutes later ✨ pic.twitter.com/VYkXhBusNn