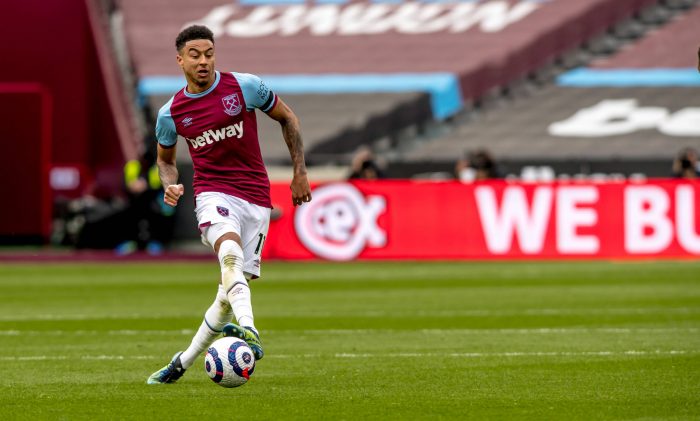 Jesse Lingard was on hand yet again to propel West Ham United to their 16th league win of the season as they beat Leicester City 3-2 at The London Stadium. After an assured first half performance, the Hammers were two goals to the good courtesy of a stylish brace form the irrepressible Lingard. The first was a moment of class as he took on Vladimir Coufal’s cross first time, firing past Kasper Schmeichel in goal. His second was typical of West Ham this season as Jarrod Bowen latched onto Issa Diop’s long ball over the top, taking advantage of the acres of space Leicester had left in behind. Charging down Leicester’s left-hand channel, Bowen brought Schmeichel out of his goal before squaring it to Lingard to pass into an empty net. The second half followed much the same pattern as the first, with West Ham taking just two minutes to extend their lead as Bowen turned home a Tomas Soucek’s pass.

Leicester, who were without James Maddison, Ayoze Perez and Hamza Choudhury due to a COVID-19 breach, struggled to get going for much of the game, but came to life following the concession of West Ham’s third. The in-form Kalechi Iheanacho made the most of some sloppy defending from Arthur Masuaku whose loose ball was cut out by Ricardo Pereira, giving Iheanacho the chance to fire emphatically past Lukas Fabianski. The Nigerian-front man then gave Leicester further hope of a remarkable comeback when he slammed home his eighth of the season, reducing the deficit to just one with five minutes of stoppage time remaining.  It was nonetheless all in vain as Wesley Fofana missed a gilt-edged opportunity with the final kick of the game, sending a header centre meters wide of the post. The win moves West Ham up to fourth in the table, a point ahead of Chelsea and just a point behind Leicester. It was exactly the result Moyes was looking for as he aims to bring Champions League football to the east end of London for the first time.

Elsewhere in the Premier League, Manchester United came from behind to beat Tottenham in a controversy-ridden encounter at Old Trafford. United had thought they’d taken the lead halfway through the first half after Edinson Cavani had fired past Hugo Lloris. But the goal was ruled out by VAR as Scott McTominay was deemed to have fouled Hueng-Min Son in the build up by innocuously moving his hand in the direction of the South Korean’s face. Son then rubbed salt into United wounds just before half time, rounding off a sensational passage of passing play from Spurs. United weren’t behind for long, however, and only 12 minutes after the restart were back on level terms via Fred’s first goal of the season. Cavani then made up for his disallowed effort by heading home a superb Aaron Wan-Bissaka cross before Mason Greenwood sealed the win six minutes into stoppage time.

There were also wins for Newcastle against Burnley and Arsenal against Sheffield United. Newcastle extended the gap between them and the relegation zone to six points with a hard-fought 2-1 win away at Turf Moor. Goals from Jacob Murphy and Allan Saint-Maximin secured a fine comeback-victory against a Burnley side who are also cautiously looking over their shoulders. In Sunday’s late kick-off, Arsenal continued their late season push towards the Europa League spots with a convincing 3-0 win over Sheffield United.  Two goals from Alexandre Lacazette – including his 50th in an Arsenal shirt – and a simple tap-in for Gabrielle Martinelli earned the Gunners the win, while Sheffield United’s inevitable slide back into the Championship continued.

19y 192d – Mason Greenwood is the first teenager to score and assist as a substitute for Manchester United in a Premier League match since Cristiano Ronaldo in November 2003 (against Portsmouth). Catalyst. pic.twitter.com/0F99dW6IJs

Liverpool finally brought their miserable home run to an end on Saturday as they beat Aston Villa 2-1 at Anfield. The Reds hadn’t won at home for nine games with their last victory coming way back on 16th December. So, when Ollie Watkins’ speculative shot wormed its way underneath Alisson, many in the red half of the Merseyside feared another humiliation at the hands of the West Midlanders. Nonetheless, Liverpool’s attitude throughout the game was better than had been seen for some time and they nearly got their due rewards. Roberto Firmino thought he’d found an equaliser just before the interval, but after the tightest offside decision against Diogo Jota, the Brazilian’s effort was ruled out.

Despite this setback, they didn’t have to wait long to record an equaliser that would count, as Mohammed Salah found the back of the net in 57th minute. For all their hard work in defence, Villa were eventually breached for a second time as Trent Alexander-Arnold silenced his critics with a sumptuous winner in stoppage time. Picking up the ball on the edge of the Villa box, he bent a stunning side-footed effort around the onrushing Jacob Ramsey into the far corner to move Liverpool within three points of a Champions League spot.

The most by a Liverpool player in a single PL game this season. 🛫 pic.twitter.com/Q822KfAHc0

Earlier on Saturday, Leeds United stunned Manchester City by claiming a sensational 2-1 win away at The Etihad. The champions elect dominated the game, bossing 71% of the ball come the final whistle, but in the end, it was Leeds’ heroic defending and clinical finishing that won out. The Lilywhites were ahead before the break thanks to fine Stuart Dallas finish, but their good mood was cut short just moments later when captain, Liam Cooper, was sent off for a second bookable offence. Leeds had it all to do in the second half, and after Ferran Torres’ equaliser on the 76th minute, many feared the worst for the depleted Leeds side. But with just minutes left on the clock, Dallas was on hand once again, racing onto Ezgan Alioski’s through ball before sliding it beneath Ederson in goal. United’s win keeps them in 10th, level on points with Arsenal, while City’s lead at the top is cut to just 11 points, though their march towards a third title in four years remains inevitable.

There was also a win for Chelsea who overcame their embarrassing 5-2 defeat against West Brom last time out by thumping Crystal Palace 4-1 at Selhurst Park. A sensational performance from Kai Havertz earned him the plaudits in a game that his side dominated. He was duly rewarded for his efforts, scoring the game’s opening goal in the 8th minute, before setting up Christian Pulisic two minutes later. A third from Kurt Zouma saw the Blues cruising as the game moved into half time, and despite a thumping header from Christian Benteke in the second half, Chelsea never lost their grip on the game, sealing the win with a second from Pulisic in the 78th minute. Chelsea secured their fifth placed spot with the win, but Liverpool’s recent win at Anfield moves them within touching distance of Thomas Tuchel’s men. Palace, on the other hand, look to have their Premier League status confirmed for next season, but with a whole raft of players out of contract as well as manager Roy Hodgson, the Eagles’ future looks uncertain at best.

Marcelo Bielsa gets the better of Pep Guardiola 🧠 pic.twitter.com/CsizbTdJXW

Atletico Madrid’s pursuit of a first La Liga title since 2014 was seriously dented this weekend as they could only draw against Real Betis. Diego Simeone’s men were given the perfect start when Yannick Carrasco fired them into the lead after just five minutes. But only 15 minutes later, Betis were back on level terms thanks to Cristian Tello’s fifth La Liga goal of the season. Atleti could have won it, but fine saves Claudio Bravo denied them the chance to go four points clear at the top. Considering where they were at just the start of January – ten points clear at the summit – their recent struggles show all the hallmarks of a side who have peaked too soon. And with Joao Felix and Kieran Trippier both struggling with injuries as the season enters its final stretch, Atleti are running out of options.

Atletico Madrid’s troubles were deepened before they’d even kicked a ball when, on Saturday night, local rivals Real Madrid came out on top in an entertaining El Classico. Two first-half goals from Karim Benzema and Toni Kroos proved to be the difference on the night, and despite a second-half finish from Oscar Mingueza and a late sending off for Casemiro, Real held on to move within a point of leapfrogging Atleti.

In Italy, Inter edged closer to their first Serie A title in 11 years when they squeezed past Cagliari, beating the Sardinian side 1-0 at The San Siro. Matteo Darmian was the scorer of Inter’s only goal on the night, latching onto Achraf Hakimi’s right-wing ball to earn the Nerazzurri their eleventh win in a row. Nearest challengers, AC Milan, have seemingly lost their way in recent weeks, picking up just 14 points since their 3-0 loss to Inter February. And despite their win away to Parma on Saturday, the mood was soured when Zlatan Ibrahimovic was given a straight red for dissent.