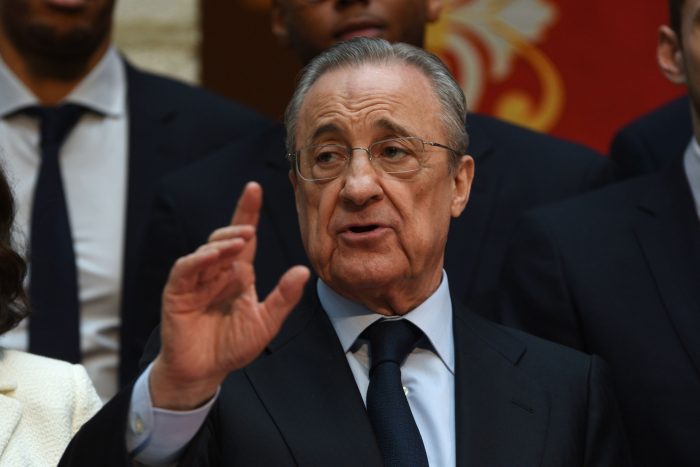 The football world was left reeling on Monday morning as plans of a European Super League that would see the English ‘Big Six’ join a breakaway division alongside Barcelona, Real Madrid, Atletico Madrid, Juventus, AC Milan and Inter Milan were confirmed. Talk of a potential ESL had grown over the last year but had seemingly been headed off by UEFA’s new 36-team Champions League format. But dissatisfied by the compromise, the consortium of teams — reportedly lead by Manchester United and Real Madrid — have moved to take the ultimate next step.

The response to the proposed ESL has been roundly condemned by fan groups, football governing bodies and politicians alike, branding the move as “damaging” and a “betrayal” of football fans across the world. In response to the announcement, UEFA has reportedly threatened to ban any team or player from competing in future UEFA or FIFA competitions, including the European Championships and World Cup. What this means for the rest of the domestic and European seasons is unclear. However, UEFA are set to hold an Executive Committee meeting later today.

The clubs set to join the proposed ESL, already financially dominant in their respective domestic leagues, are reported to share an upfront payment of €4.2 billion ($3.5 billion) according to Bloomberg News. This cash would be shared amongst an extra three teams who are said to join the proposed ESL as per a statement released by the consortium. What is noticeable, however, is the teams who have so far denounced the move. Alongside their respective divisions, Borussia Dortmund, Bayern Munich and Paris Saint Germain have all refused to sign up to the breakaway league.

The proposed ESL would be a franchise style-closed division, governed by the teams involved and featuring no threat of relegation. This is a concept similar to the likes of the NFL, NBA or IPL which benefit from enormous international revenue streams. In a series of tweets posted on Monday morning, the BBC’s Dan Roan reported that the ESL teams consider the move a necessary action as they take into consideration the “fans of the future” over the “legacy fans” of old.

Much discussion is yet to be had in order to understand the fall out on the current season, let alone the financial impact a move like this would have. What is guaranteed, however, is that with the intentions of football’s elite inarguably clear, the social and cultural values of the game are set to be vitriolically debated.

In a sensational turn of events, Tottenham Hotspur sacked Jose Mourinho as manager after 17 months in charge. The move comes after Spurs’ 2-2 draw with Everton on Friday night left them in seventh place, five points outside the Champions League spots. What is curious, however, is that the sacking comes less than a week before Spurs were due to play in the League Cup final against Manchester City. Given Mourinho’s record, it was assumed the Tottenham hierarchy would have trusted the ex-Chelsea man to oversee only their fourth major final in 13 years. But after continually stumbling in the Premier League, getting knocked out of the Europa League by Dinamo Zagreb and generally bringing a feeling of negativity to the club, Daniel Levy decided it was time to call time on the veteran manager.

In all, Mourinho recorded his second-worst managerial win ratio at Tottenham, racking up just 44 wins out of a possible 86 — a win percentage of just 51%. It is a record that comes just ahead of his 45% win percentage from his time in charge of the Portuguese side, Leiria, in 2001/02. Youth-team manager Ryan Mason and former Charlton and Huddersfield Town manager Chris Powell have since assumed first-team duties on a temporary basis.

The leading candidate for the top job in North London is currently RB Leipzig’s Julian Nagelsmann. The 33-year old has a broad collection of admirers across Europe after racking up a series of impressive wins, including knocking Mourinho’s Spurs out of the Champions League last season. Leicester City’s Brendan Rogers is also in the running, having taken the Foxes to their first FA Cup final since 1969 on Sunday afternoon.

51% – Only with Leiria (45%) has José Mourinho posted a lower win ratio in all competitions in his managerial career than he has with Tottenham Hotspur (51% – won 44/86 games). Sacked. pic.twitter.com/lunYGIMwh8

It had been a long time coming, but Sheffield United’s brave two-year stay in the Premier League was finally ended following a 1-0 loss away at Wolves on Saturday evening. Despite a brave performance on the night, the Blades were powerless to stop a swift Wolves counter-attack that saw Willian Jose score his first goal for the side.

Having sacked Chris Wilder in March, interim manager Paul Heckingbottom has been in charge since the humiliating 5-0 loss to Leicester. It is unclear whether he will be in charge of the South Yorkshire club when they return to the Championship, but what is undeniably needed is a better recruitment policy. Having spent well over £50 million last summer on the likes of Rhian Brewster, Aaron Ramsdale and Ollie Burke, the Blades have seen little return for their investment. Much is needed to change if they plan to bounce straight back next season.

In the Championship, Norwich City confirmed their promotion back to the Premier League at the first time of asking after Swansea and Brentford both failed to win. The Canaries’ promotion was one of the most impressive in recent years, having won 27 and losing only 6 of their 42 games so far. So convincing has their form been this season that it is possible for them to end the campaign on 100 points. Watford, who were also relegated alongside Norwich last season, are in prime position to take the second automatic promotion spot, sitting six points clear of Swansea in third. The final three playoff spots are currently taken by Brentford, Bournemouth and Barnsley, while Reading could still yet sneak into the top six with four games yet to play.

Confirmed for next season: