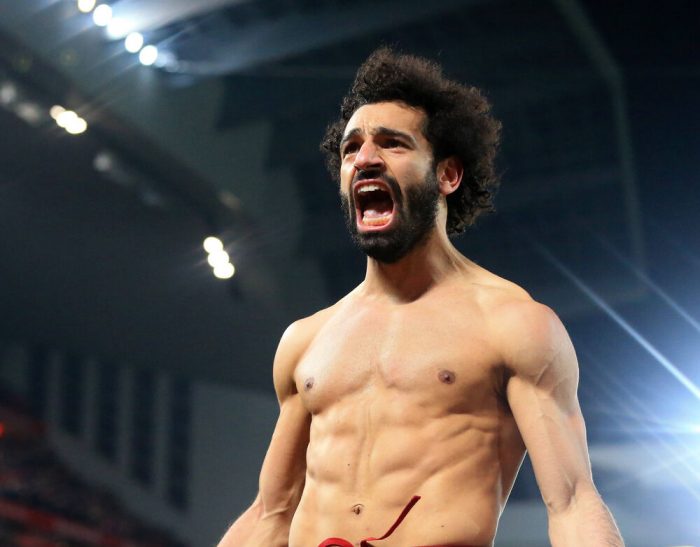 Liverpool get the better of United

The match between Liverpool and Manchester United was the showpiece event of this weekend’s Premier League action, though few would have backed United to get a result. Ole Gunnar Solskjaer’s side are the only team to take points from Liverpool in the league this season, but with star man Marcus Rashford out alongside the likes of Paul Pogba and Scott McTominay, the trip to Anfield looked like a daunting task.

United’s resolve lasted just 14 minutes, Virgil van Dijk heading in a Trent Alexander-Arnold corner. Liverpool dominated the first half and thought they’d doubled their lead when Roberto Firmino shot past David de Gea, only for the goal to be controversially ruled out by VAR for an earlier foul. United did improve in the second half and threatened the Liverpool goal, Anthony Martial spurning a glorious chance to level, but Liverpool weathered the storm and sealed the win when Mo Salah struck in the 93rd minute.

The title race has already looked wrapped up for a while, and Liverpool’s win took them one step closer after both Manchester City and Leicester dropped points the day before. With the Reds now an incredible 16 points ahead of City, Liverpool now need just 10 wins from their remaining 16 games to win their first league title for 30 years.

The Gunners, of course, went on to score in every game and win the title that season pic.twitter.com/5QFQYEy1hc

It was another weekend in which the Champions League hopefuls slipped up, with Chelsea, Tottenham and Arsenal all dropping points. Frank Lampard saw his side continue their recent inconsistent form as they lost 1-0 at Newcastle, Isaac Hayden scoring in the 94th minute to steal the three points from a game Chelsea dominated.

Jose Mourinho once again failed to fix Spurs’ scoring problems in the absence of Harry Kane, his side being held 0-0 by a resurgent Watford, meaning Spurs have drawn a blank in each of their last three league outings. Arsenal also struggled without suspended captain Pierre-Emerick Aubamayenag, being held 1-1 at home by Sheffield United to leave Mikel Arteta with just one win from his first five league games as Gunners boss.

While the big clubs continue to slip up, Wolves have steadily continued their push for a Champions League spot. Nuno Espirito Santo’s side halted a run of three league games without a win with an impressive 3-2 away victory over an in-form Southampton, leaving them in 6th place. With his side level with fifth-place United and just five points behind Chelsea, Wolves will feel they have a genuine chance of securing Champions League football.

Bundesliga back with a bang

This weekend saw the return of Bundesliga football following the winter break, and there were plenty of talking points. The action kicked off on Friday, with an improved Schalke side hosting surprise title challengers Borussia Monchengladbach. Schalke came out on top with a 2-0 win, meaning Gladbach missed the chance to return to top spot.

All eyes were on Borussia Dortmund on Saturday with new signing Erling Haaland on the bench, and the young Norwegian didn’t disappoint. Introduced in the second half with Dortmund trailing Augsburg 3-1, it took Haaland just three minutes to net his first Dortmund goal – with his first touch of the game. He added two more in just twenty minutes to complete a stunning debut hat-trick and help Dortmund to a thrilling 5-3 victory.

Erling Braut Håland scoring a 20 minute hat-trick on his Dortmund debut because he's the real deal ?

RB Leipzig went into the winter break top of the table, and the ten-year-old club continued its surge towards the title with a 3-1 win over Union Berlin, in-demand striker Timo Werner bagging a brace. Current Champions Bayern Munich also started 2020 with a win, putting four past Hertha Berlin. The results mean Leipzig lead the race on 40 points, with Bayern now the closest challengers with 36.

Ronaldo fires Juve to another win

Cristiano Ronaldo wasn’t quite at the peak of his powers in 2019, but he’s started 2020 in fine fettle, scoring four goals in Juve’s first two games of the new year. The Portuguese continued that form this weekend, netting a brace against Parma to lead the Old Lady to a 2-0 win.

That result stretched Juve’s lead at the top of the table to four points, Antonio Conte’s Inter having drawn for the second league game in the row earlier in the day. There is still a long way to go, but a four-point gap is a big one when it comes to Juve and Serie A, particularly with Ronaldo in this kind of form.

Cristiano Ronaldo has now equalled Lionel Messi as the all-time top-scoring player in the history of Europe's top five leagues.

Elsewhere in Serie A, Lazio moved within two points of Inter with a 5-1 over Sampdoria. Ciro Immobile got a hat-trick, Europe’s in-form striker now boasting an incredible 23 goals from just 19 league games and leading the race for the Golden Boot by some distance. It was an 11th league win on the bounce for the Rome side, who will leapfrog second-placed Inter if they win their game in hand.

It was another terrible weekend for Napoli, who lost 2-0 at home to a struggling Fiorentina side. The Neapolitans now sit 11th with just one win from the last 12 league games, amid reports Gennaro Gattuso is considering resigning after just over a month at the helm. Napoli have replaced AC Milan as Serie A’s crisis club, the Rossoneri continuing their improved form with a hard-fought 3-2 victory over Udinese.

Last Monday evening saw Barcelona sack Ernesto Valverde following the Spanish Super Cup defeat to Atletico Madrid, replacing him with Quique Setien. The decision drew mixed reactions, some criticising the club for its treatment of Valverde, who brought two La Liga titles to Camp Nou and was on course for another. Others saw it as the right move, pointing to a number of big game collapses and a general lack of intensity and fluidity in the team’s play.

Barca rarely go for big-name bosses, but the appointment of Setien will look an odd one too many. The 61-year-old has never won a trophy and has spent the majority of his career coaching at Spain’s less glamorous clubs, his best achievement to date being guiding Real Betis to sixth before being sacked a year later. With former players Xavi Hernandez and Ronald Koeman both refusing to take the job midway through the season, the appointment had an underwhelming feel to it.

Nonetheless, Setien did get his reign off to a win, Lionel Messi giving the new boss a 1-0 win over Granada. It was an early glimpse of the change of style fans can expect under Setien, with Barca returning to the passing and possession-based style from the more direct system they employed under Valverde. Those three points keep Barca top of the table on goal difference, with challengers Real Madrid keeping the pace with a 2-1 home win over Sevilla.

Riqui Puig completed more passes (35) than any other Granada player in Barcelona's 1-0 win… and he came on in the 71st minute.

The past week saw the big Premier League clubs make their first moves in the transfer market, with Tottenham bringing in midfielder Gedson Fernandes on loan from Benfica with a £50m option to buy. Fernandes enjoyed an impressive breakout season last term but has fallen out of favour this season, making just seven appearances in the Portuguese league. There’s no doubt Mourinho needs reinforcements to an injury-hit squad, but Fernandes remains somewhat of an unknown quantity and it will be intriguing to see whether the Portuguese can have the desired impact.

One signing made an instant impact at the weekend, with Cenk Tosun, signed by Crystal Palace on loan from Everton, netting for his new side against Manchester City. Pepe Reina also enjoyed a solid debut on his return to the Premier League on loan from AC Milan, helping Aston Villa to a 1-1 draw away to Brighton.

It’s been a fairly quiet window so far, with the majority of Premier League clubs opting against bringing new faces in. One big move that could go through is Bruno Fernandes’ proposed switch to Manchester United, although recent sports suggest United have stalled on the deal due to Sporting’s demands.