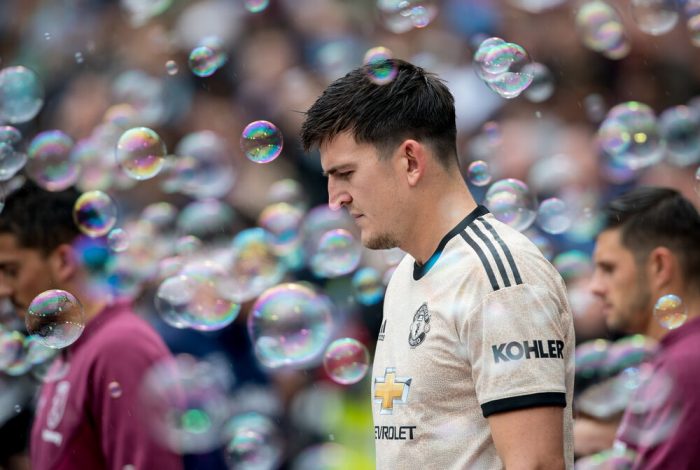 Manchester United’s Premier League struggles continued as they limped to a 2-0 defeat away to West Ham on Sunday. It was one of the poorest displays yet under Ole Gunnar Solskjaer, and was compounded by the fact that Marcus Rashford went off injured in the first half. That left United without any senior strikers in the squad, with young winger Daniel James playing through the middle for the rest of the match.

Most United fans probably thought it couldn’t get any worse than it was under Jose Mourinho last season, but it’s beginning to feel like it’s going that way. The biggest takeaway from Sunday is the sheer lack of quality in the United squad. The club were probably right to move on Romelu Lukaku, but to not replace him was baffling and now leaves United relying on academy graduates following injuries to Marcus Rashford and Martial.

United started with a midfield of Scott McTominay, Nemanja Matic, Juan Mata, Andreas Pereira and Daniel James on Sunday. There’s an argument to be made that West Ham’s team, at least from the midfield up, was at least as strong as United’s if not stronger. Ander Herrera is another who was not replaced in the summer, and while United strengthened their backline, there’s a case for stating that this is the worst midfield and attack the club has had in the Premier League era, despite spending close to £1billion since 2013.

United now have two wins from the first six and are already ten points behind Liverpool, making it just four wins from their last 15 Premier League games. For all the talk of patience, Solskjaer can only last so long if results don’t improve.

Much like United, Spurs are another side with serious problems to address. The 2-1 defeat away to Leicester means they have picked up just two wins so far, and being already 10 points off Liverpool, any title hopes Spurs may have held look to have already faded.

While Leicester away is always a difficult tie, it’s beginning to feel that every poor result sparks talk of crisis of Spurs. As well as on-pitch worries, the club have serious off-pitch questions to answer over the coming months. Christian Eriksen, Toby Alderwerield and Jan Vertonghen are all in the final years of their contracts, with none looking close to a renewal. Players of the quality and experience each of those possess are not easy to replace, particularly when Daniel Levy is controlling the purse strings.

Tottenham's PL away record since last win in January:

There’s also the fact that the rumours of Mauricio Pochettino moving on seem to get louder with every disappointing game. For all his talk of commitment to Spurs, it does feel that another trophyless season could spell the end of his time in North London.

It’s not just Spurs’ new season form that has been poor, either. Champions League aside, they’ve now been pretty dreadful since the turn of the year. Spurs have now lost more games than any Premier League side in 2019 and haven’t recorded an away league victory since January. While Spurs spent big this summer, it always felt as if they needed a bit more than Tanguy N’dombele, Giovanni lo Celso and Ryan Sessegnon, especially after not spending for so long. They are now in a serious slump which Pochettino seems to be struggling to resolve.

City back to best while Chelsea push Liverpool close

City were back to their devastating best this weekend, thrashing Watford 8-0. Pep Guardiola’s scored 5 goals in the first 18 minutes, putting the previous weekend’s defeat to Norwich firmly behind them. Bernardo Silva scored his first hat-trick for the club, while Fernandinho filled in at centre-back following John Stone’s injury.

City’s title rivals Liverpool remain top of the league, though they were given a stern test by Chelsea at Stamford Bridge. It seemed like Liverpool would run away with it, going into half-time 2-0 up, but the Blues rallied in the second half and in the end probably deserved at least a point.

Liverpool have now won their 6 first games and already hold a 5 point lead at the top of the table. The front three look as deadly as ever, but the fact that they’ve only kept one clean sheet so far this season will give City hope. They still look the team to beat, but Chelsea showed on Saturday that they are a side that can be got at.

The Champions League made its return last week, but it wasn’t a particularly happy one for English participants. Manchester City beat Shakhtar Donetsk 3-0, but Liverpool and Chelsea both lost, while Spurs threw away a two goal lead to draw away to Olympiacos.

While each club would still expect to qualify, Chelsea’s defeat at home definitely puts the Blues under pressure. Away trips to Lille, Valencia and Ajax all look tricky on paper, and the Frank Lampard’s are still yet to win at home this season. Ross Barkley’s missed penalty, having taken responsibility over Jorginho and Willian, put a particularly gloomy tint on the result.

Liverpool’s first defeat of the season was surprising, but they did lose the same fixture last season. In truth, it probably says more about Napoli than it does Liverpool, as the Italians have made some big moves in the transfer window, bringing in Hirving Lozano and Kostas Manolas. They’re definitely a team that no one will want to face in the latter rounds.

Spurs’ result was also particularly disappointing. Olympiacos away is never an easy game, but two throw away a 2-0 lead against lower opposition is never acceptable. The particularly worrying note for Mauricio Pocchettino is that his side were fortunate to be ahead in the first place having been dominated in the early stages. In the end it was an underwhelming return to Europe after reaching the final last season.

While British representatives didn’t have the best of it in Europe’s premier competition, the Europa League participants had more to shout about. Arsenal made light work of what looked like a potentially tricky away game at Eintracht Frankfurt, winning 3-0. Manchester United also won at home against Astana, and while the 1-0 scoreline wasn’t particularly impressive, Marcus Greenwood’s first senior goal was a big positive.

It was also a good midweek for the Scottish clubs, with Rangers bagging an impressive 1-0 home win against Feyenoord. Celtic also gained a credible 1-1 away draw against French Cup holders Rennes. Both Rangers and Celtic were drawn in two of the trickier groups, but the initial results will give them hope of making the knockouts.

The one British team that didn’t fare well on Thursday was Wolves, losing 1-0 at home to Portuguese side Braga. Having already played two rounds of qualifiers and yet to win in the Premier League, it’s clear European football is taking its toll on Nuno Espirito Santo’s squad. Having done so well to get into Europe last season, Wolves’ poor start to the season really does prompt the question of whether it was all worth it in the first place.