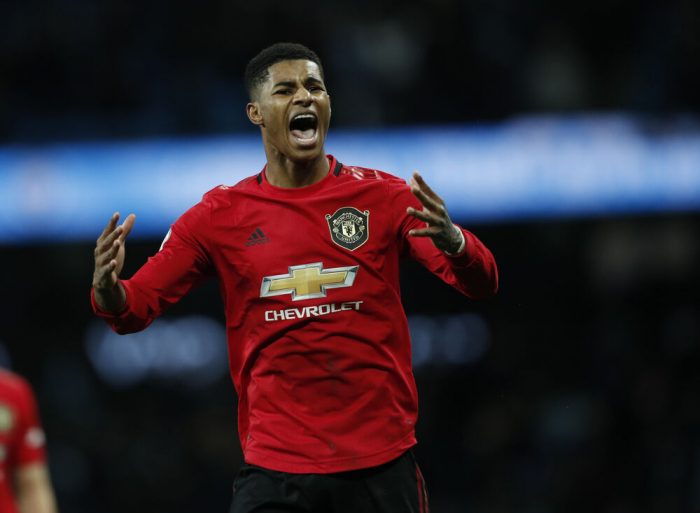 In a week that saw two rounds of Premier League games, it was surprisingly Manchester United that came out with the two most impressive results. They certainly faced the two toughest fixtures—Spurs at home and Manchester City away—but came out with six points, winning both games 2-1.

Ole Gunnar Solskjaer’s side had a torrid time of it over the last couple of weeks, but the mood has certainly lifted around Old Trafford now. Marcus Rashford was the star on Wednesday against Spurs, scoring two to put former manager Jose Mourinho to the sword. He also got a penalty against City before Anthony Martial made it 2-0 in the 29th minute. United’s pace going forward caused City’s shaky backline plenty of problems, while the defence limited City’s ability to create clear-cut chances.

The result means United jump all the way up to fifth place, now just five points off fourth. The task for Solskjaer is now to ensure the hard work isn’t undone by losing to the teams lower down the league. United have already failed to beat Wolves, Crystal Palace, Southampton, West Ham, Newcastle, Sheffield United and Aston Villa this season, and the good feeling generated this week will quickly evaporate if they fail to beat struggling Everton at home this weekend.

The Liverpool steamroller showed no signs of slowing down this week, first beating rivals Everton 5-2 at Anfield and then thrashing Bournemouth 3-0 down on the South Coast. Jurgen Klopp was even able to rest key players, the likes of Xherdan Shaqiri and Adam Lallana given starts ahead of what is an intensely busy festive period for Liverpool. It’s now seven wins on the bounce for a side that is looking unstoppable that have now had the best ever start to an English league season by any club.

Current Champions Manchester City had a far less positive week, the loss to Manchester United meaning they now languish 14 points off the top. The defence just isn’t good enough, shown by the fact that 34-year-old midfielder Fernandinho is now first-choice centre-back in Aymeric Laporte’s absence. John Stones picked up yet another injury in the derby, while left-back has also proved a problem position since Oleksandr Zinchenko’s injury. Even going forward they’re not quite as free-flowing as they were last season.

14 – After their defeat to Man Utd, Man City are now 14 points behind league-leaders Liverpool; in English top-flight history, no side has ever gone on to win the title after being as many as 14 points behind the top side at the end of a day. Over? pic.twitter.com/eZ5IuenpMK

City’s struggles mean Leicester have now emerged as Liverpool’s main contenders for the league. Of course, a genuine challenge seems unlikely given they’re already eight points off, but Brendan Rodgers’ side keeps pulling off results and now have seven straight wins. They do look a sure bet for the Champions League, which would still be a fantastic achievement for a club looking to establish itself among the Premier League elite.

Everton bounce back after Silva sacking

Marco Silva finally got his marching orders on Thursday, Everton sacking the Portuguese boss after a dismal run that left the club sitting in 18th place. Toffees legend Duncan Ferguson was named interim boss and made the perfect start by beating Chelsea 3-1 at Goodison Park. The number 9 role was a problem Silva failed to solve, but Dominic Calvert-Lewin got a brace to add to Richarlison’s early opener for a rejuvenated Everton.

That result has put Ferguson’s name into the hat for the next manager to get the role full-time, at least until the end of the season. The Scot has been a first-team coach at Goodison since 2014, and there are few that know the club better. Other names linked include former Everton boss David Moyes and ex-Bayern man Niko Kovac, but Ferguson will give himself a real chance if he can pull off another result away to Manchester United on Sunday.

For Chelsea, it’s another worrying result after losing to West Ham last weekend, with the defence once against coming under scrutiny. Frank Lampard’s side will now have just one win from the last five in all competitions, and they may need to get a result against Lille on Tuesday to guarantee Champions League qualification. Lampard will be boosted by the fact that Chelsea have had their transfer ban reduced on appeal, with reports suggesting the club will now look to spend big in the January window.

Maurizio Sarri’s first season at Juventus is showing similarities to his sole campaign in charge of Chelsea. While the results haven’t been bad, his team’s style of play is causing frustration, with the Old Lady so far failing to display the free-flowing, attacking football that Sarri was brought in for. His supposedly strained relationship with Cristiano Ronaldo has cast further shadows over what has so far been an underwhelming few months in Turin.

It was another difficult weekend for Sarri and Juve, who followed up last weekend’s 2-2 draw with Sassaulo with a disappointing 3-1 away loss to Lazio. The manager will be particularly frustrated that his side took the lead through Cristiano Ronaldo before conceding three with no reply. Juve only managed four shots on target despite dominating possession, and Juan Cuadrado’s red card rubbed salt into the wounds.

Inter’s 0-0 home draw with Roma meant Antonio Conte’s side stretched their lead over Juve at the top of the table to two points, with Lazio now just three points behind the Old Lady. Elsewhere in Serie A, Napoli drew away to Udinese, meaning the club is now winless in seven league outings. AC Milan continued their mini-resurgence with a 3-2 win over Bologna, moving up to tenth.

The Bundesliga has produced the most surprising results of all of Europe’s top leagues this season, and that trend continued as surprise table-toppers Borussia Monchengladbach earned a 2-1 home win over current champions Bayern Munich. It was a dramatic game, with Ivan Perisic giving Bayern a second-half league before Ramy Benesbaini equalised on the hour mark. Javi Martinez then gave away a penalty and was sent off in the 90th minute for a rash tackle, with Bensebaini tucking away the spot-kick to give Gladbach all three points.

The result means Gladbach continue their march towards a first league title since 1977, while Bayern sit 7 points off the top in seventh place. Interim boss Hansi Flick had lifted the mood in Munich after Niko Kovac’s sacking and had been linked with getting the job full time, but consecutive losses to Leverkusen and now Gladbach may prompt Bayern chiefs to step up their search for a new manager.

Elsewhere in the Bundesliga, Borussia Dortmund beat Fortuna Dusseldorf 5-0 at home, while RB Leipzig defeated Hoffenheim 3-1. With Dortmund five points off the top and Leipzig just one, the Bundesliga is producing one of this season’s most enthralling title races.

West Brom and Leeds go clear at the top

This weekend saw the Championship front runners continue their winning runs, with West Brom thrashing play-off hopefuls Swansea 5-1 and Leeds United bagging a 2-0 away win at Huddersfield. Both teams now have six wins from their last six and have moved clear of the chasing pack, with Leeds sitting eight points above third-placed Fulham. With West Brom on 45 points and Leeds on 43, it’s going to be a two-horse race for the title.

The race for the play-offs is proving typically tight, with just six points separating third from twelfth. Bristol City beat Fulham 2-1 to move fourth and level on points with the Cottagers, while Sheffield Wednesday’s win over Brentford moved them into sixth. Preston North-End’s recent terrible run continued, the 2-0 defeat to QPR being the club’s fourth loss on the bounce, meaning Alex Neil’s side slip out of the play-offs.

Down at the bottom, Luton earned a crucial 2-1 win over fellow strugglers Wigan to move clear of the relegation zone, while Middlesbrough also got a much needed three points to move up to 19th. Stoke and Barnsley both lost and make up the bottom three alongside Wigan.