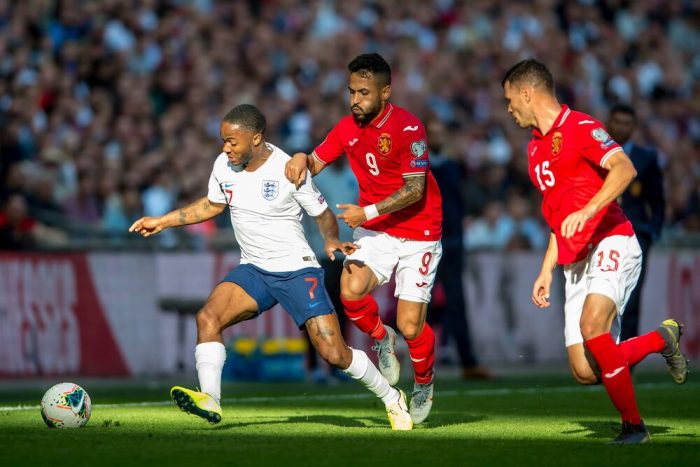 England maintain 100% start though Kosovo will be a sterner test

England maintained their 100% to Euro 2020 qualification with a 4-0 win over Bulgaria on Saturday. Bulgaria were largely the architects of their own downfall, gifting the first goal when trying to play out from the back and later conceding two penalties. Harry Kane bagged a hat-trick, while Mason Mount made his senior debut and Alex Oxlade-Chamberlain earned his first cap for over a year after returning from long-term injury.

The result looks good on paper, but as is often the case with qualifiers, England’s opponents have so far have failed to provide any real competition. This makes it difficult to get a realistic idea of where the team are at following the Nations League debacle in the summer.

However, this weeks opponents, Kosovo, may provide a somewhat sterner test. The country only played its first official match in 2014 and is hardly full of household names, but Kosovo are unbeaten in their last 14 internationals and have impressed with their attacking style. England should undoubtedly still get the victory, but expect the Balkan side to offer more than Bulgaria did.

Coming to the rest of the British isles, Wales earned a vital 2-1 victory against Azerbaijan courtesy of a late Gareth Bale header. Having picked up just three points from three matches prior to this, it was a must win for Ryan Giggs. The result leaves them with six points – three points behind second place Hungary – and still in the mix for qualification.

However, Wales didn’t particularly impress on Friday, as has been the case since Giggs took over. The team were gifted the first goal after a bizarre error by the Azerbaijan defence, and Wales’ own backline was carved open with ease for the equaliser. Wales currently sit level on points with Slovakia, and they will need a win in October’s match in Bratislava to keep their faint hopes alive.

Elsewhere, the Republic of Ireland kept up their impressive form with a 1-1 home draw against Switzerland. The result keeps them top of the group with 3 games to go and gives them a great chance of qualification. Northern Ireland didn’t play, but it was a bad week for them as the Netherlands beat Germany to put themselves back in contention for a top-two spot.

Things aren’t looking as positive for Scotland, who fell to a home defeat to Russia. Steve Clarke has yet to turn the tide since his appointment, and with Belgium up next, Scotland’s hopes look to have faded.

Business as usual for the rest of Europe

Around the rest of Europe, the results were generally as you’d expect. The standout result was the Netherlands’ 4-2 away win against Germany in what was a vital game for the Dutch. Italy, Spain, Croatia, Belgium and France all also won to retain top spot in their respective groups.

The other eye-catching game was current EURO holders Portugal’s 4-2 away win against Serbia. It was an important game for Cristiano Ronaldo’s side, having only picked up 2 points from three matches prior to the game. Ukraine are still some way ahead in top spot, but with two games in hand Portugal will hope to catch up and nick first place.

Watford sack Gracia and replace him with a surprise name

Javi Gracia became the first Premier League manager of the season to be sacked when Watford gave him the boot. The decision to sack Gracia just four games into the season may seem harsh, but in truth it shouldn’t come as a surprise, especially considering how Watford operate. The club’s form hasn’t great since January and the poor start to this season failed to dispel any of the bad feeling caused by the excruciating 6-0 loss to Man CIty in the FA Cup final.

However, while Gracia’s sacking seems like a return to form for trigger happy Watford, the decision to replace him with former manager Quique Sanchez Flores is perplexing. Flores led the Hornets to 13th during his single season at the helm – two places lower than their finish under Gracia last term – and spent the last term managing in China.

This looks very much to be a move for a safe pair of hands rather than the usual ambitious, progressive nature of Watford’s appointments. The club have more than enough quality to stay up, but this appointment definitely feels like two steps back for the Hornets.

In November 2018, Javi Gracia became the first Watford manager to renew his contract with the club since the Pozzo family took charge in 2012.

Less than a year on, he's been sacked. pic.twitter.com/q9NPULDbwm

The fallout from the Bury saga continues, but there may be still some small hope for the club. Two Bury MPs are part of a group that have asked the EFL to reinstall the club into League Two for next season, considering that an an international consortium is believed to be ready to buy the club if the EFL agrees to the move. The League has agreed to discuss the club’s potential return and will consult the 71 league clubs in making its decision.

Elsewhere, the EFL announced that it’s launching a review of its regulations and procedures in an attempt to “learn the right lessons for the future.” A parliamentary inquiry into the situation will also take place this Autumn, which will be led by Damian Collins MP and will “examine the EFL and the FA in safeguarding the long-term interests of clubs.”

In less positive news, Greater Manchester Police announced that is has launched an investigation into a report of fraud involving the football club.