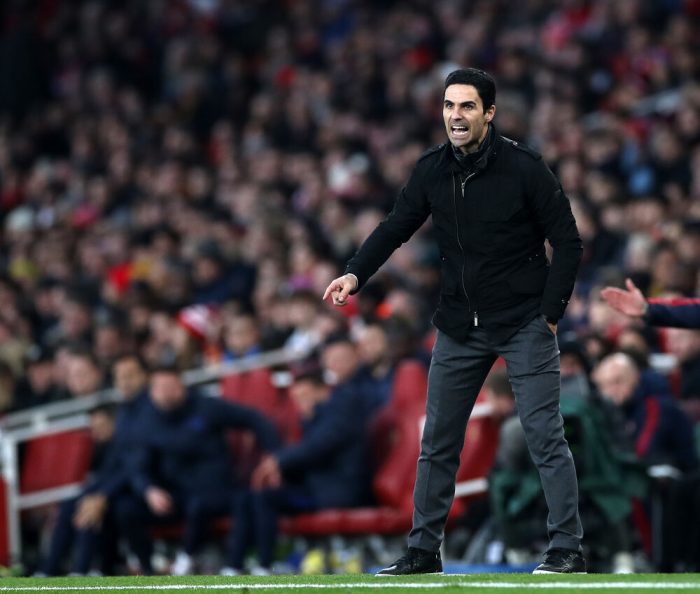 Tough start for Arteta at Arsenal

One of the most interesting storylines of the festive period was how Arsenal would get on under new boss Mikel Arteta. The decision to appoint Pep Guardiola’s former assistant drew mixed reactions, with some bemoaning his lack of managerial experience and others praising the capture of a  highly-rated young coach.

The Spaniard’s first match in charge came away to Bournemouth, with the Gunners picking up a point in a 1-1 draw. Arteta played both Alexandre Lacazette and Pierre Emerick Aubameyang, the latter scoring the equalising goal, along with Mesut Ozil and Reiss Nelsen as part of a four-man attack. The Gunners displayed commitment and desire, but Arteta would have hoped for a better result against the struggling Cherries.

Next up was a home match against Chelsea. Making only two changes to the team that played on boxing day, the Gunners impressed in the first half, dominating Frank Lampard’s side and going 1-0 up courtesy of another Aubameyang goal. However, a Bernd Leno howler allowed Jorginho to equalise in the 83rd minute, before Tammy Abraham finished off a counter-attacking move three minutes from time to seal the win for the Blues.

Overall, it was a disappointing week for Arsenal, the one point from six leaving them sitting twelfth. There were positive signs, though, particularly in the Chelsea performance. Aubameyang and Ozil both put in hard-working shifts, with the former playing wide to accommodate Lacazette, a conundrum Unai Emery never truly solved during his stint in charge at the Emirates. The defence also looked for organised until Leno’s mistake. However, while the two matches showed some early positive signs for Arsenal under Arteta, they also highlighted the size of the task he has on his hands.

If Liverpool fans had any concerns about festive fatigue following the Club World Cup exertions in Qatar, Jurgen Klopp’s side quickly put those to bed. The Reds faced potentially tricky ties against second-placed Leicester and an in-form Wolves last week, but they demolished Brendan Rodgers’ team 4-0 before beating Wolves 1-0 at Anfield.

Their ratio of 2.65 points per game is the second-highest ever achieved by a team in a single year in the competition, behind only Chelsea’s 2.66 in 2005 pic.twitter.com/0KydjsYgER

Manchester City also faced Wolves on Boxing Day, and took a 2-0 lead despite goalkeeper Ederson being sent off in the 12th minute. However, Adama Traore pulled one back before capitalising on some dreadful Benjamin Mendy defending to set up Raul Jimenez for the equaliser. An excellent Matt Doherty goal in the 89th minute sealed a surprise comeback win for Wolves, leaving Pep Guardiola frustrated once again.

With Leicester and Man City’s losses the past week, Liverpool are now 13 points clear at the top. It now looks like a matter of when, rather than if, the Reds will seal their first league title of the Premier League era.

Manuel Pellegrini was finally given his marching orders following West Ham’s 2-1 loss to Leicester on December 28. Despite a decent first campaign that saw the Hammers finish tenth, this season had been a disastrous one for the Chilean. The defeat to Leicester was the West Ham’s fourth straight home defeat, having won just five league games all term and sitting 17th, a point off the relegation zone.

Expectations had been high following the capture of former Premier League winner Pellegrini, particularly with the manager being given significant funds to bring in the likes of Felipe Andersen and Sebastian Haller. However, those players have struggled for form this season, while other big-money signings such as Pablo Fornals have also failed to impress. The defence has already shipped 32 goals this season, with Burnley and Newcastle both putting three past the Hammers. Injuries to the likes of Manuel Lanzini and Lukasz Fabianski haven’t helped, but this is still a side performing well below the level it should be.

While Pellegrini had to go, few West Ham fans will be excited at the board’s decision to once again turn to David Moyes to steer the Hammers away from a relegation dogfight. The Scot was brought in in November 2017 to replace Slaven Bilic, guiding West Ham to a 13th place finish before being let go in the summer. This time around he’s been given an 18-month contract, and while Moyes’ pragmatism may be what is needed at the moment, it can’t help but feel like a step backwards for West Ham.

Watford’s appointment of Nigel Pearson raised some eyebrows, but it’s certainly had the desired effect. The Hornets followed up the 2-0 victory over Manchester United with four points over the festive period, first drawing 1-1 away to high-flying Sheffield United, before demolishing fellow relegation candidates Aston Villa 3-0. Those results mean Watford have now moved off the bottom and are just three points away from 17th, having looked as good as doomed a few weeks ago.

Villa’s loss sees them fall into the relegation zone, while Norwich remain rock bottom despite picking up a point against Spurs last time out. Disappointing weeks for West Ham and Bournemouth see them slip further into trouble, while wins for Southampton and Brighton have given them some slight breathing space. Norwich look likely to go down, but currently there are at least seven clubs that are fighting to avoid falling into the other two relegation spots.

It was a tough week for Championship frontrunners West Brom. Slaven Bilic’s side faced two relegation-threatened sides in Barnsley and Middlesbrough, but came away with just a single point. The Baggies lead 1-0 away to Barnsley following an early Filip Krovinovic strike, but a 90th-minute Aapo Halme equaliser left Bilic frustrated. West Brom then followed that up with a disappointing 2-0 home loss to Middlesbrough.

That opened the door for Leeds to steal top spot, and Marcelo Bielsa’s side took their opportunity. They could only manage a 1-1 draw with Preston on Boxing Day, but a thrilling 5-4 win over Birmingham on the 29th, courtesy of a 95th-minute Wes Harding own goal, means Leeds currently sit top on goal difference. Leeds meet West Brom in a top-of-the-table clash on New Year’s Day, in what promises to be an enthralling fixture.

Elsewhere, it was a topsy turvy week of results across the Championship. Fulham strengthed their grip on third by picking up four points from a possible six, while Nottingham Forest moved into the play-offs with wins over Hull and Wigan. Sheffield Wednesday slip to sixth after suffering two consecutive losses, while a win for Bristol City over Luton puts them just a point off the play-off spots.

At the bottom, it’s mostly as you were. Barnsley, Luton and Wigan remain in the bottom three spots, with Stoke just outside on goal difference. Huddersfield’s 2-1 win over Blackburn moves them seven points clear of the Potters, so it currently looks like a four-way battle to avoid the drop.