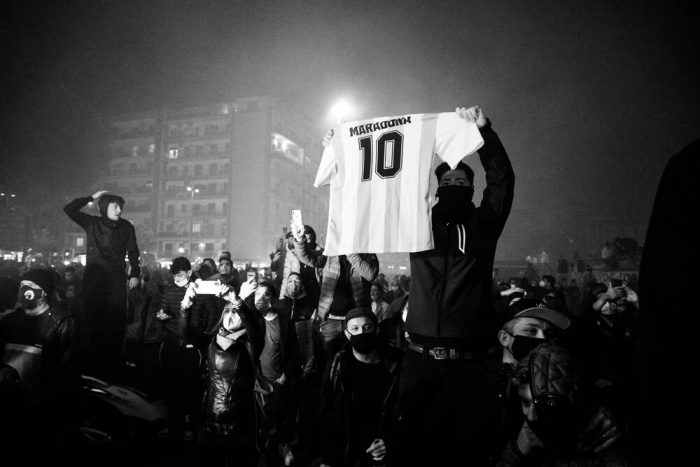 Spurs managed to maintain their position at the top of the Premier League table on Sunday evening as they played out a quiet 0-0 draw away to Chelsea. Apart from Timo Werner’s early strike that was ruled out for offside, events were in short supply in West London as two very different styles of play seemingly cancelled each other out. Chelsea largely dominated possession while Spurs were content to hit them on the break, but neither side could find their way through the rock-solid defences that have come to characterise these sides in recent months. It will be Spurs who will come away as the happiest of the two, not only because their top spot in the table was reclaimed, but also because they managed to keep a clean sheet away to the league’s top scorers.

Manchester United have well and truly been this season’s surprise package in the sense that it is entirely unclear what sort of performance you are likely to see from them. They started November with two consecutive losses, at home to Arsenal and away to Istanbul Basaksehir in the Champions League, but then followed those defeats up with an impressive win away to Everton and scrappy victory against West Brom. As such, their away trip to Southampton on Sunday was seen as one of the toughest to call of the weekend, with the Saints in exceptionally good form themselves. And Southampton didn’t wait long to impose their confidence on the match, taking a 2-0 lead on the half hour mark via goals from Jan Bednarek and James Ward-Prowse. But Bruno Fernandes’s 7th Premier League goal of the season in the 60th minute gave the visitors hope, while a typically crafty brace from super-sub Edinson Cavani sealed the win in dramatic style, earning United 3 vital points in the second minute of extra time.

This is Edinson Cavani. This is what he does.

Arsenal continued their poor start to this season’s Premier League campaign as they lost 2-1 at home to Wolves. Goals from Pedro Neto and Daniel Podence sealed the win for Wolves in the first half, overcoming Gabriel’s equaliser on the half hour mark. It’s now exactly a year since the Gunners parted company with Unai Emery, and despite a FA Cup victory and a solid end to last season, Arsenal’s record of 13 points so far this season is their worst since 1981. But despite Wolves’ comfortable win over a dismal Arsenal side, the game was overshadowed by a gruesome injury to the Wanderers’ leading striker, Raul Jiminez. A horrible clash of heads in the early stages of the match with Arsenal defender, David Luiz, saw the Mexican receive on-field treatment for around 10 minutes before being taken to hospital, where is now awake and stable following surgery on a fractured skull. Luiz, however, was checked for concussion following current Premier League protocols and was allowed to continue, but had to be taken off at half time as blood began to visibly seep through the bandages on his head.

The fact he was allowed to continue in such a state has given greater weight to the calls for stricter concussion protocols in football, demands that had already been made earlier in the month following the passing of Nobby Stiles — the fifth member of England 1966 World Cup winning squad to have been diagnosed with dementia.

Elsewhere in the Premier League, there was finally victory for West Brom as they beat Sheffield United 1-0 at the Hawthorns. Before kick-off, West Brom and United were the only two sides in the division without a win to their name, but thanks to a long-range strike from the on-loan Conor Gallagher, the Baggies were able to claw their way out of the bottom three. United, however, can take positives from some serious improvements in their approach to the game, playing more in the attack-minded style that characterised their impressive first season back in the top flight. But without taking the gilt-edged chances they make for themselves in must win games such as these, the future is looking pretty bleak for the Blades.

Pressure is slowly building on Real Madrid boss, Zinedine Zidane, whose side lost 2-1 at home to Alaves. It is their third loss in five games, with their last victory coming on the 3rd November —  a 3-2 victory over Inter Milan in the Champions League. And to make matters worse, the enigmatic Eden Hazard was forced off through injury just before the half-hour mark, just weeks after making his way back from another long term injury setback. The result still keeps them in the top four, but six points off joint league leaders, Real Sociedad and Atlético Madrid.

In Germany, Bayern returned to winning ways with victory away to Stuttgart. The Bavarians were frustrated at the Allianz Arena last weekend as they were held to a draw by Werder Bremen. But despite Stuttgart taking a shock lead on the 20th minute through Tanguy Coulibaly, last year’s treble-winners were able to resume the expected progression of events before the end of the half. Kingsley Coman equalised on the 38th minute, before Robert Lewandowski buried a fine strike moments before the half time whistle, giving Bayern the lead with his 15th goal of the season in all competitions. Bayern were then able to round off proceedings in the dying moments as Douglas Costa, on-loan from Juventus, picked up on Leroy Sane’s pass and then burying it into the far corner.

In Italy, the surprise package of this season’s Serie A, Sassuolo, finally fell to their first defeat of the campaign. Before their meeting with Inter Milan at home, the Neroverdi were in second place just two points behind leaders, AC Milan. But courtesy of goals from Alexis Sanchez, Roberto Gagliadini and an own-goal from Vlad Chiriches, the Nerazzurri were able to walk out as 3-0 winners and leap frog Sassuolo to take second place. Inter’s cross city rivals, Milan, maintained their unbeaten start to the season with a convincing win over Fiorentina, extending their lead at the top of the table to 5 points. Juventus, meanwhile, subjected their fans to yet another abject display as they drew 1-1 away to the newly promoted Benevento.

Real Madrid have given away five penalties in their last three La Liga matches ???? pic.twitter.com/fjfZnTHs1G

This week, football bid farewell to Diego Maradona, arguably the greatest player to ever grace the game. The former Boca Junior, Barcelona, Napoli and Argentina midfielder had been receiving treatment for a downturn in health in recent weeks, but suffered a heart-attack in his home after having been previously discharged from hospital.

The mercurial Argentinian enjoyed a tumultuous life that was as chequered by personal issues off the football pitch as it was coloured by moments of genius on it. Throughout his 21-year playing career, he enjoyed success wherever he went, leading his nation to World Cup victory in 1986, as well as helping Napoli win their first and only two Serie A titles.

But despite his exceptional success rate on the pitch, there had long been clear distinctions between Maradona the player and Diego the man. As a player, he was unrivalled by anyone in his generation, possessing a level of skill, spatial awareness and determination few had seen since Pele’s explosion on the international scene. But with such god-given skill came a level of media attention that he was fundamentally unprepared for. As such, Maradona coped with the pressure by creating a public persona that showed no weakness, a far cry from the sweet and sensitive young man who emerged from the slums of Buenos Aires.

It was this personal divide that would lead to his eventual descent into addiction Asif Kapadia —  the director of the acclaimed documentary, Diego Maradona — admits:

“At the height of his achievement, Maradona felt as though he could never make a mistake or show weakness, so he starts to lie. That’s what leads him down a path when he loses himself.”

This is also excellent, incisive, reverential, knowledgeable, emotional. World-class footballers @GaryLineker and @rioferdy5 discussing the talent of Maradona, someone on higher plane.pic.twitter.com/FrolwqiUzC

The duality of this intriguing but contradictory man is perhaps best summed up by his now notorious performance in the 1986 World Cup quarter-final against England. Having been subjected to some particularly brutal treatment from England’s defenders in the first half, Maradona sought his revenge by challenging for a looping ball in the England penalty area before punching it past an on-rushing Peter Shilton in goal. Despite furious English appeals, the goal that Maradona would later state came from the “Hand of God” stood.

But then mere minutes later, Maradona would cement his status as a legend of the game by scoring one of football’s most iconic goals. Picking the ball up just inside his own half, he turned and then skipped between Peter Reid and Peter Beardsley’s challenges, before charging down the length of pitch, wrong-footing the lunging Terry Butcher and reluctant Terry Fenwick in the process. Then, just meters from goal, he sits down the goalkeeper he had just cheated, before slotting the ball into an empty net.

The combination of such events, just minutes apart, is as much a definition of who Maradona was as what made him so revered in both Argentina and the clubs he played for. The willingness to bend the rules in order to score the first and the effortless grace with which he buried the second are part and parcel of the complex myth of a man who has since become far more than just a football player, but an icon.

And he celebrates by revealing a Maradona Newell's Old Boys jersey under his Barca shirt ❤️ pic.twitter.com/Swreif0daf