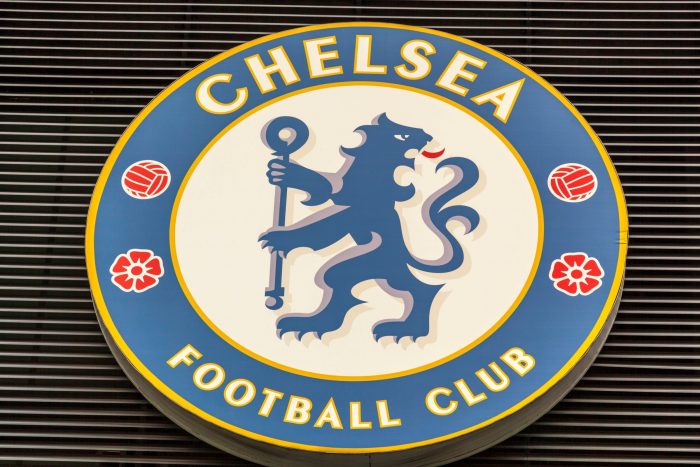 A single Kai Havertz goal was enough to secure Chelsea victory in the all-English Champions League final in Porto on Saturday night. The win sealed the second Champions League title in the club’s history after the Blues lifted the famous trophy for the first time in 2013. Defeat for Manchester City in their first ever final in the competition means the Sky Blues’ wait to be crowned champions of Europe goes on.

The game will be remembered for a stunning defensive display by the London side and an inspired man-of-the-match performance from N’golo Kanté. The Chelsea backline limited City to just a single shot on target throughout the game as Reece James, Ben Chilwell and Antonio Rudiger all made a number of notable goal-saving interventions. But it was the diminutive Frenchman, Kanté, who stole the show with a string of perfectly timed tackles and interceptions to prevent Manchester City from taking control of the game. It was a masterclass from Kanté who was also awarded the man-of-the-match award in both semi-finals as well the final. The Frenchman can now add a Champions League win to his growing collection of medals which already includes the FA Cup, Europa League, Premier League and the World Cup.

Whilst City were the tie’s pre-match favourites, it was Chelsea who came out of the blocks quickest, creating a number of chances with some rapid and direct attacking play. The best of those opportunities fell to the feet of the hapless Timo Werner who, true to form, squandered them with a couple of misfired finishes. But it was another of Chelsea’s young German imports that broke the deadlock when in the game’s 42nd minute, Kai Havertz’ surging run penetrated a gaping hole at the heart of the Manchester City defence. The midfielder was then picked out by Mason Mount’s inch-perfect forty-yard through ball from Mason Mount before the German then rounded the onrushing Ederson and guided the ball into an empty net. It was an ideal time to register his first ever goal in the Champions League in what was his twelfth game in the competition.

Another of the game’s key moments came in the 56th minute when City’s chief orchestrator, Kevin De Bruyne, was abruptly stopped in his tracks by the shoulder of Antonio Rudiger, who craftily stepped into the Belgian’s path. The impact dazed De Bruyne and signalled his departure from the game with it later emerging that the incident had left him with a fractured nose and eye socket. The injury means the City midfielder faces an anxious wait to know if he’ll be involved in Belgium’s opening European Championship game against Russia in ten days time.

Guardiola and his side struggled in vain to get themselves back in the game in the second half despite the introductions of Gabriel Jesus, City stalwart Fernandinho and all-time top scorer Sergio Aguero in what would be his last game for the club. Tuchel, whose Paris Saint Germain side were beaten by Bayern Munich in last year’s final, will feel that the win is vindication of his managerial abilities.

It’s the third time in Tuchel’s thirty games as Chelsea boss that his side have beaten City and whilst the German rightly took the plaudits, his opposite number faced questions over his team selection. Guardiola opted to start the game without a holding midfielder, with neither Fernandinho nor Rodri lining up from the off in a game for the first time since their 3-0 victory over Olympiakos on November 3rd. Whether the decision had much effect on the game is up for debate but it’s worth noting that the Spaniard has won fourteen of his sides’ sixteen appearances in major finals, with Tuchel joining José Mourinho as the only managers to beat Guardiola in a final. That fact makes Tuchel and Chelsea’s win all the more impressive and it means the Blues become only the fourth British club, after Nottingham Forest, Liverpool and Manchester United to have won the European Cup on more than one occasion.

Brentford will play in the Premier League for the first time in their 132 year history and in England’s top-flight for the first time since the 1946-47 season after they beat Swansea City 2-0 in the Championship Playoff Final at Wembley. First-half goals from Ivan Toney and Emiliano Marcondes sealed the win for the Bees whilst Swansea’s Jay Fulton saw red in the second-half for a horror challenge on Mathias Jensen.

Thomas Frank’s side, who were beaten in last year’s playoff final by local rivals Fulham, were in the driving seat from the tenth minute. Bryan Mbeumo latched on to a scything through ball from Sergi Caños and nicked the ball in front of the gloves of Swansea stopper Freddie Woodman. The on-loan Newcastle keeper then felled Mbeumo in the penalty area for an indisputable spot-kick. Championship top-scorer Ivan Toney, who broke the division’s all-time record for most goals in a season this term, stepped up to calmly slot home his 33rd league goal of the campaign despite Woodman diving the right way. The game was then put out of Swansea’s reach ten minutes later when the Bees managed to break from a Swans corner and give themselves a two-on-two counter attack. Mbeumo carried the ball to the Swansea eighteen yard line before playing in Mads Roerslev who took his time picking out Marcondes to give the Dane to best possible chance to find the bottom corner with a firm side-footed half-volley.

Brentford had chances to go further ahead in the first period and came closest to extending their lead through Toney. The Bees frontman latched on to a loose ball inside the final third before looping a twenty-yard volley against the underside of Woodman’s crossbar. Mbeumo also had a golden chance to extend his side’s lead when he ran on to a woefully misjudged back-header from Marc Guehi but could only scuff his shot when the opportunity arose.

Swansea were nearly back in with a shout on the stroke of half-time when André Ayew managed to get his head to a Connor Hourihane free-kick, but his looping effort hit the top of the Brentford crossbar before going behind. Ayew was again inches away from giving his side a lifeline on the other side of half-time when Connor Roberts’ cross found its way to him at the far post, but his diving header wasn’t enough to divert the ball goalwards.

Steve Cooper’s side’s chances of getting back into the game were dealt a death blow in the 65th minute when Jay Fulton’s clumsy attempt at closing down Jensen resulted in the Scotsman raking the back of the Dane’s calf eventually bringing him down. Fulton instantly held his hands up in recognition of his fault but it wasn’t enough to prevent referee Chris Kavanagh from giving him his marching orders.

Brentford could have made the victory more handsome through Toney once again but the 2-0 lead was enough to see his side reach the Premier League for the first time. Bees fans will be delighted to see their side finally win at Wembley after two previous unsuccessful Championship playoff appearances and will rejoice at finally being able to count themselves amongst the nation’s elite.

Shrimps and Seasiders on the Up

There was delight for the fans of Lancashire’s seaside football clubs at Wembley as Blackpool and Morecambe secured wins in the League One and League Two playoff finals respectively. Neil Critchley’s Blackpool side were 2-1 winners over Lincoln City on Sunday, whilst Morecambe needed extra-time to see off Newport County by a goal to nil on Monday.

Things couldn’t have started any worse for Blackpool on Saturday when defender Ollie Turton managed to score the fastest goal in League One playoff history, only he’ll wish it wasn’t in his own goal. Turton’s awkward attempt at a clearance resulted in him turning the ball into his own net with just fifty seconds on the clock, giving Lincoln a dream start. But two strikes from Australian Kenny Dougall either side of half-time sealed Blackpool’s return to the Championship after six seasons away. Lincoln’s wait for second-tier football is now stretched to sixty years but to even be in with a chance of making it to the second-tier is some achievement for a club that was playing non-league football just five seasons ago.

Morecombe reached new heights on Monday after a single goal was enough to see them reach the third tier for the first time in the club’s history. Carlos Mendes Gomes’ days at the club may be numbered as the former Atletico Madrid youngster is thought to be in high demand this summer. But wherever he is next season, he’ll be fondly remembered by Shrimps fans as the man who scored the goal that will take the club to the highest point in its history. The Senegalese forward converted a 107th-minute penalty to give his side an extra-time lead over Newport County, ending Morecambe’s fourteen-year stay in League Two.