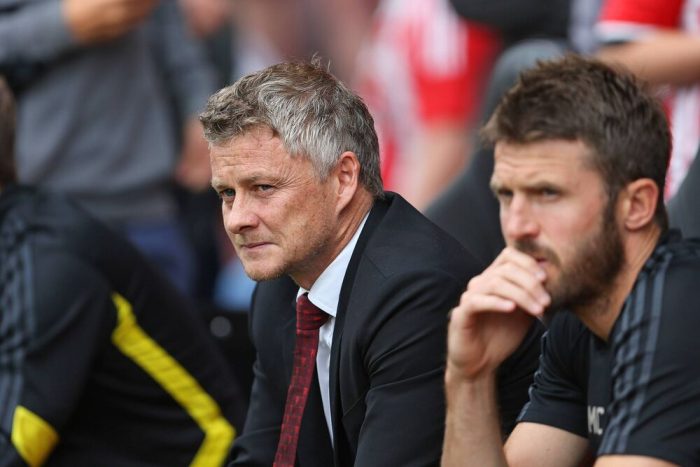 United and Chelsea toil as weaknesses are exposed once again

Manchester United have now failed to win since demolishing Chelsea on the opening day. That run includes a draw away to Wolves, a home loss to Crystal Palace and most recently a 1-1 draw at Southampton this weekend. The positive was that Daniel James scored again, but United let the Saints back into it and failed to find a winner despite Ralph Hassenhuttl’s side being reduced to ten in the 73rd minute.

The result once again raised doubts about Solskjaer’s managerial ability and the strength of the squad. Rashford failed to score again, and with Anthony Martial injured United now look very short of options up front. The same goes for the defence, where Ashley Young was in at left back due to Luke Shaw’s injury, a sight United fans surely hoped they wouldn’t see again following last season.

Over in South West London, Chelsea – who have also failed to build any momentum – had arguably their worst performance yet under Frank Lampard. They failed to ever really dominate Sheffield United, with Mason Mount nullified out wide and the defence once again suspect. Tammy Abraham bagged a double for the second week in a row, but both came courtesy of shocking individual mistakes in the Sheffield defence.

There are of course differences in the two clubs’ situations, but it’s hard not to draw parallels between two between the two sides struggling under club legends who are essentially rookies in comparison to their managerial rivals. It’s still early days, but the pressure is beginning to mount on each – Solskjaer in particular – and the two will be desperate to find answers sooner rather than later.

Spurs hang on for draw in North London derby

The first North London derby of the season provided plenty of entertainment as Arsenal and Tottenham played out a 2-2 draw. It was a catalogue of errors that gifted Spurs their two-goal lead, with Bernd Leno spilling Erik Lamela’s shot to allow Christian Eriksen to tap in an early goal. Granit Xhaka then proceeded to produce one of the most brain-dead tackles you’re likely to see, bringing down Son in the box for Harry Kane to score the resulting penalty.

However, Arsenal fought back, with Alexandre Lacazette scoring just before the break. Matteo Guendouzi then produced a sublime pass for Pierre-Emerick Aubameyang to net, and in the end Spurs were left hanging on. Sokratis thought he’d put the Gunners ahead in the 80th minute, only for the goal to be ruled out by VAR for offside.

Every outfield Arsenal player that started the north London derby made at least one successful tackle vs. Spurs; Nicolas Pépé was the only player to make just one.

Overall, it was a mixed bag for both managers. Arsenal probably had the better of it overall, but Unai Emery will be worried about the errors and lapses in concentration that plague his defence. In truth, it’ll take a miracle to form Sokratis and David Luiz into a solid defensive unit, especially when the midfielder tasked with protecting them is Granit Xhaka. Arsenal have undoubtedly improved under Emery, but they are still suspect defensively.

Tottenham, on the other hand, still look some way off the dominant team we’ve become used to under Pochettino. Spurs were in the end lucky to escape with a point and the result leaves them with just the single win so far, so the Argentine will hope to use the international break to figure out what’s wrong.

Last week saw one of English football’s saddest stories of recent times come to a disheartening conclusion. Bury FC, two time FA cup winners and members of the Football League since 1894, were expelled from the league after failing to find a new owner following the club’s fall into administration.

There had been hope the club would be saved before Tuesday’s deadline, but it wasn’t to be. It’s a sorry state of affairs and has come about due to a series of failings and financial mismanagement of the highest level from owner Steve Dale, who bought the club for just £1 last December. Players and staff have gone several months without wages and the club was unable to pay off outstanding creditors. Dale rejected a deal that could’ve saved the club on the 20 August as he believed he would get a better offer.

Fingers also have to be pointed to the EFL, with the fact that Dale was allowed to take over in the first place making a mockery of the League’s “fit and proper persons test”. Bury have claimed that the EFL expelled the club despite being aware of a credible bidder, referring to the League’s communication throughout the process as “nothing short of dismal”.

While Bury were expelled, Bolton, who were also on the brink, were saved as the club was bought by Football Ventures. Bolton are now out of administration and will set to work adding to a seriously depleted squad in the hope of overcoming the -11 points they currently sit on.

Ultimately, it’s the fans, players and staff who suffer most in these situations. While Bolton are kept alive, Bury fans are now left without the club that some have supported their whole lives. The EFL has serious lessons to learn to prevent this happening in the future.

Gareth Southgate’s squad for the UEFA EURO 2020 qualifiers against Bulgaria and Kosovo has a typically youthful feel to it. The highlight is the inclusion of exciting attacking midfielders Mason Mount and James Maddison. The two – who have both previously been called up but are yet to be capped – have impressed in the early weeks and look to be in with a decent chance of making their senior bow.

Other notable inclusions are that of Kieran Trippier and Tyrone Mings, while Kyle Walker missed out. Trippier wasn’t fancied by many after a disappointing season at Spurs, but he is clearly a favourite of Southgate and the manager recently flew to Spain to watch him for Atletico Madrid. Mings, meanwhile, gets the nod after impressing at Villa since joining in January. Alex Oxlade-Chamberlain is also back in after a lengthy absence due to injury.

Bulgaria and Kosovo may not provide the sternest of tests, but every match from now to next summer will give us a clearer idea of Southgate’s thinking for the EUROs. It’ll be especially interesting to see how Maddison and Mount get on, as the creative midfield spark is one of the main things missing in an otherwise pretty settled team. Both have the talent, but they will need to need to make their mark if given the opportunity.

Swansea win early battle for the top of the Championship

While it comes as no surprise to see Marcelo Bielsa’s Leeds towards the top of the Championship after last season’s near miss, few would have predicted Swansea City would be top of the table six games in. Yet that’s exactly where the Swans sit, despite losing influential manager Graham Potter and star players Daniel James and Oliver McBurnie in the summer.

Potter’s replacement, former England U17 coach Steve Cooper, has so far exceeded all expectations. The club have so far won five and drawn one in the league, with the highlight undoubtedly being this weekend’s 1-0 away win at Leeds. Wayne Routledge’s injury time strike giving the Swans their first win at Elland road since 1949, ending Leeds’ unbeaten run in the process.

The Championship season is a long and arduous one, and many teams have started well only to fall away, but Swansea have looked like the real deal so far. The appointment to appoint Cooper looks like a very wise move, and he’s even managed to get Borja Baston firing. The Spaniard tops the scoring charts with five goals from six games, having previously gone 1,022 days without a goal for the Swans.