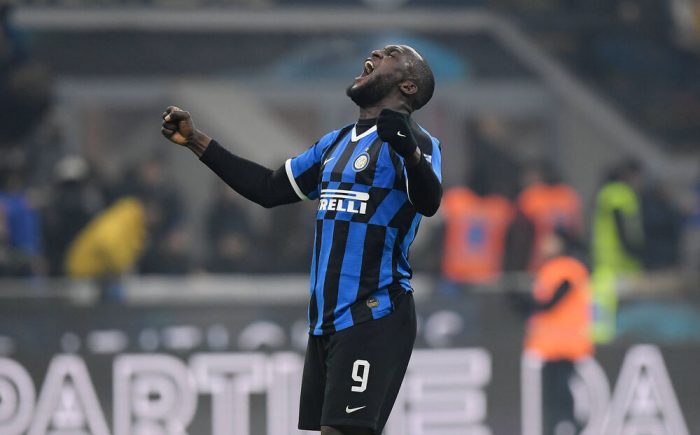 It was a quiet weekend in the Premier League, with only three games played due to it being the first half of the first Premier League winter break. None of the big guns were in action seeing as Man City’s games versus West Ham was postponed, but there was some movement in the race for a Champions League spot.

Sheffield United played Bournemouth on Saturday, coming out on top with a 2-1 win. Callum Wilson had put the Cherries ahead, with Eddie Howe’s side looking to notch a third consecutive win. However, Blades captain Billy Sharp drew his side level just before half-time, and midfielder John Lundstrum sealed the three points with an 84th-minute strike after being brought off the bench.

That result moves Sheffield United fifth, just two points off fourth-placed Chelsea. Chris Wilder’s were among the favourites for relegation at the start of the season, but with Chelsea, Spurs and Manchester United all inconsistent, the Blades have a genuine chance at Champions League qualification. Regardless of where they end up, their exploits so far have already meant it’s been a fantastic season that has certainly passed expectations.

"We're just trying to look above us to catch Chelsea!"

"The character in the dressing room is massive."

Billy Sharp and John Lundstram react to yet another big win…@SheffieldUnited are flying in fifth ? pic.twitter.com/6MTDYPYhnA

Another club that moved closer to a European spot is Everton, who beat Crystal Palace 3-1 courtesy of goals from Bernard, Richarlison and Dominic Calvert-Lewin. That result means the Toffees are now unbeaten in five, a fantastic turnaround by Carlo Ancelotti considering the side was near the bottom when he took over. Everton now sits seventh, and although they remain outsiders for a European spot, they’ve given themselves a fighting chance.

The other Premier League game this weekend saw Brighton host Watford, with the two strugglers playing out a 1-1 draw. Brighton remain five places above Watford in 15th, but the Seagulls are now without a win in six league games and have a tough run of fixtures coming up. Graham Potter’s side need to fix their form quickly if they are to avoid being dragged into the bottom three.

The Milan derby was the big game on the continent this weekend, Inter and AC Milan going head to head on Sunday night. It was billed as the biggest Milan derby for some time, with Inter challenging for the title and an improved Milan going for a European spot, and it certainly didn’t disappoint.

Inter were favourites for the win, but Milan took a surprise 2-0 lead into half-time, inspirational talisman Zlatan Ibrahimovic assisting the first and scoring the second. However, Antonio Conte’s side came out fighting in the second half and had levelled the scores by the 53rd minute. An excellent header by defender Stefan de Vrij gave Inter the lead 20 minutes from time before Romelu Lukaku sealed the win in injury time.

4 – Inter have won four consecutive Serie A games against Milan for their first time since 1983. Exaltation.#InterMilan pic.twitter.com/yP7SNcKJNQ

That result sent Inter to the top of the table, an opportunity presented by Juve’s shock 2-1 loss to Hellas Verona the day before. Cristiano Ronaldo continued his recent goalscoring run when he gave Juve the lead in the 65th minute, but two goals in the last 15 gave Verona a rare win over the Old Lady, leaving Juve with two defeats from their last three league games.

That result also presented an opportunity for surprise challengers Lazio, who duly took it by beating Parma 1-0 to move just a point behind both Juve and Inter. Other results saw Atalanta go clear in fourth with a 2-1 win over Fiorentina, with Roma now three points behind in fifth following the Rome side’s 3-2 home defeat by Bologna.

It was also a big weekend in Germany, with league leaders Bayern Munich hosting second-place RB Leipzig, with just a point separating the two. It was a tense affair, with Bayern dominating the possession but both teams failing to create too many clear cut chances. The game ended 0-0, both sides as you were at the top of the table.

Borussia Monchengladbach’s game with Koln was postponed, meaning the club remains fourth and will have to wait for their opportunity to take advantage of Bayern and Leipzig’s draw. Borussia Dortmund’s three-game winning run came to an end at the hands of Bayer Leverkusen, who scored two late goals to seal a thrilling 4-3 victory/ That result moved Leverkusen fifth and just two points behind Dortmund and Gladbach in the race for a Champions League spot.

Leeds United needed a boost this weekend, the Championship title-chasers having just one win in five, but it didn’t come. Marcelo Bielsa’s side dominated possession against Nottingham Forest but recorded just one shot on target, eventually losing 2-0 to the home side, the win moving Forest just a point behind Leeds. With Fulham having beaten Blackburn 1-0, Leeds now sit second only by goal difference, four points behind leaders West Brom, who beat Millwall 2-0 and at risk of falling out of the automatic promotion spots.

The result has led to questions of Bielsa, whose high-intensity methods have long been accused of leading to his teams collapsing in the latter stages of seasons. That was the case last season, Leeds having led the way in the first half of the campaign only to lose 12 games after Christmas end up in the play-offs, and history seems to be repeating itself.

Leeds have now picked up just eight points since Christmas, the sixth-worst in the league, and need points fast. It doesn’t get any easier, however, with a visit to fifth-placed Brentford up next. Lose that and Leeds could well find themselves in sixth-place come Wednesday evening. With Bielsa unlikely to stick around if the club misses out on promotion again and little money available to spend, it feels like it could make or break this time around for Leeds.