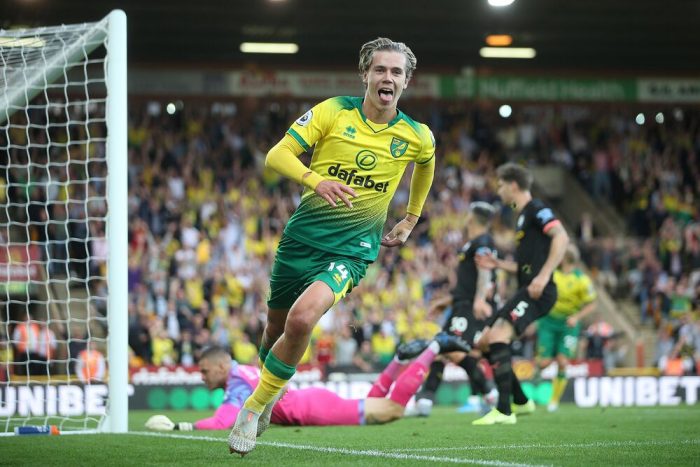 City pay the price for not replacing Kompany

If Vincent Kompany’s decision to leave Manchester City for a player-manager role at Anderlect caught people by surprise, the decision not to replace him was even more baffling. Kompany may be injury prone and 33 years old, but he was pivotal to last season’s title run in and was arguably still City’s best defender.

City were linked with Harry Maguire before his move to Manchester United, though Pep Guardiola stated that the £80m man was too expensive for his side. Later in the summer, Guardiola said that City could not afford to bring a centre-back in. As baffling as that may sound, it may be true in the sense that the club have financial fair play commitments. However, City could still afford to bring in Joao Cancelo, despite a centre-back arguably being a higher priority.

The problem with Pep’s comments is that it sounds like City are no longer interested in any players who are valued under £50. It’s almost as if the club are immune to scouting the leagues for better value. Granted, the fees paid for Maguire show how difficult it is these days, but when you consider Diego Godin moved on a free this summer, there is still value to be found.

City still have three talented centre-backs, but now lack a leader to mould them together. Plus, as we’re now seeing, any injuries leave them seriously short. With Aymeric Laporte – by far City’s best defender – out for up to six months, Guardiola is left with an error prone partnership of John Stones and Nicolas Otamendi, with no senior cover.

City paid the price for this on Saturday, with their defensive flaws on show in the 3-2 defeat to Norwich. Otamendi was particularly at fault, with his shocking error gifting Norwich their third goal. Stones didn’t cover himself in glory either, and it’s a partnership that looks susceptible. They’re both good defenders in their own right, but as a pair they simply don’t look right, and in truth never have. The decision to go into the season with just three centre-backs now looks a naive one.

Guardiola has said that Laporte’s injury doesn’t change the situation and that City won’t bring in a new defender in January. Instead, Fernandinho and youngster Eric Garcia will provide cover. If true, then Laporte’s injury could prove a decisive factor in the title race. With Virgil van Dijk proving as impressive as ever as Liverpool’s leader in defence, the pendulum may just have shifted in the Reds’ favour.

If City’s failure to bring in a centre-back exposed them this weekend, Arsenal manager Unai Emery was exposed by the defender his club did bring in. David Luiz was calamitous once again in the 2-2 draw with Watford, a trailing leg that has become an all-too familiar sight gifting the Hornets the penalty from which they scored their equaliser

Much was made of Arsenal apparently having a tight budget this summer, only for the club to splurge over £70m on the so far unimpressive Nicholas Pepe. The club signed French prospect William Saliba for over £27m only to loan him back to Saint Etienne, leaving them scrambling to sign Luiz for £8m on deadline day.

Luiz has long had a reputation for the calamity, but his move to Arsenal seems to be bringing out the worst in him. The Brazilian gave away three penalties in 160 games for Chelsea, yet has already given away two in four for Arsenal. Of course, the fact that he’s now playing in a notoriously leaky defence is not going to help.

701 days passed since Tom Cleverley last scored a #PL goal at home for Watford, both times against Arsenal#WATARS pic.twitter.com/GO3qPmY61j

Unai Emery has serious questions to answer. To think that Luiz and the similarly error prone Sokratis – both Emery signings – can form a strong partnership points to an extremely poor sense of judgement. The manager’s emphasis on playing out from the back is also hindering the team, and was responsible for gifting Watford’s first on Saturday.

Watford dominated Arsenal for much of the second half on Sunday and captain Granit Xhaka told the media the team were “scared” in his post-match interview. At times it feels like Emery has made progress, but at others it all still feels all very Wenger. The Spaniard has so far failed to sort out his defence and the chances of that happening throughout the course of the season seem low.

It may still be early days, but the Premier League table already has a familiar feel to it. Liverpool, Chelsea, Tottenham and Manchester United all won, meaning the big 6 and Leicester occupy the top 7 places.

The big winners were Liverpool, who made it 5 wins out of 5 despite falling a goal behind against Newcastle, and at the moment it’s hard to see where the Reds can be stopped. No team seems able to deal with the front three, and with van Dijk at the back they look like they could go all the way this year.

Chelsea returned to form with a 5-2 win over Wolves, with Lampard’s faith in the club’s young talent paying off at Tammy Abraham, Mason Mount and Fikayo Tomori got the goals. Spurs also got back to winning ways with a 4-0 thrashing of Crystal Palace, while Manchester United came out on top in a drab 1-0 affair against Leicester.

Wolves and Watford are the somewhat surprising names propping up the table and are the only teams yet to register a win. While the Hornets already look much improved under Quique Flores, Wolves’ immediate prospects aren’t looking as positive. The club have so far paid the price for Europa League qualification, and will play Portugal’s Braga on Thursday before a tricky away match at Palace on Sunday. As with Burnley last season, Wolves are showing just how difficult it is for the smaller teams to juggle domestic duties with European matches.

Maurizio Sarri took to the Juventus bench for the first time after overcoming illness, but his side could only draw 0-0 away to Fiorentina. The result meant Juve vacated the top spot in the Serie A table for the first time in over 500 days, with Antonio Conte’s Inter leapfrogging their rivals. With Conte in charge and Napoli also looking strong, Juve’s crown looks the most vulnerable it has been in a long time.

Elsewhere in Europe, Atletico Madrid lost their first game of the season after falling 2-0 away to Real Sociedad. Real Madrid and Barcelona both earned wins, with Eden Hazard making his debut for his new side and new wonderkid Ansu Fati netting again for Barca.

The big game in Germany saw Bayern Munich come up against title hopefuls RB Leipzig, with the two playing out a 1-1 draw. Bayern dominated the first half, though Leipzig got back into it after switching to a back four. Dortmund thrashed Bayern Leverkusen 4-0, maintaining hopes of another genuine title race in the Bundesliga this season.

The other highlight from last week’s European action saw Neymar make his return to the PSG side after a summer spent pushing for a transfer. He received a predictably hostile reception from the home crowd, being whistled throughout. However, it was the Brazilian who had the last laugh, rescuing his side with a spectacular 92nd minute winner.

If the Nations League defeat to the Netherlands exposed England’s defensive frailties, then Tuesday’s match against Kosovo showed that there has been little improvement. Gareth Southgate’s side were superb going forward, albeit helped by a very attack-minded, open team. Raheem Sterling, Harry Kane and Jadon Sancho were all on target in Tuesday’s 5-3 win.

However, to concede three goals in the manner England did is simply unacceptable. It all started when Michael Keane’s awful pass gifted Kosovo a goal within the first minute. Though it may seem harsh to judge a player on one mistake, you simply can’t do that at international level.

Harry Maguire, England’s supposed leader at the back, fared little better. The penalty decision against him may have seemed a bit soft, but his defending was sloppy and the Manchester United man can have no complaints.

The worrying thing is that there doesn’t seem to be a straightforward answer to these questions. John Stones is fit again, but the error prone centre-back is never going to be someone to come in, command the backline and cut out errors. Joe Gomez is a good prospect, but is currently stuck on the bench at Liverpool.

The Kosovo performance raises the question of whether Southgate would be best off returning to the back three that served England so well during the World Cup. Not only does it allow for a third centre-back for extra defensive cover, but it also lets the attacking full-backs to do what they do best. It has to be an option at least, because if England defend in the EUROs like they did on Tuesday, they can expect an early exit.

Northern Ireland put in a spirited display against Germany on Monday, and had their fair share of chances, but ultimately fell to a 2-0 defeat. Michael O’Neil’s side had won every game prior to this, but with the Netherlands also winning, their place now looks more precarious. They still sit in second, but the Dutch are just three points behind and have a game in hand. Northern Ireland’s final three fixtures see them play Germany away and the Netherlands twice, so a minor miracle is required for them to finish in the top two.

Meanwhile, Scotland’s look dead and buried after falling to a 4-0 home defeat to Belgium. They currently sit fifth – second from bottom – having picked up less points than Cyprus and Kazakhstan in what has been truly a miserable campaign. Wales and the Republic of Ireland didn’t play, so it’s as you were for them.