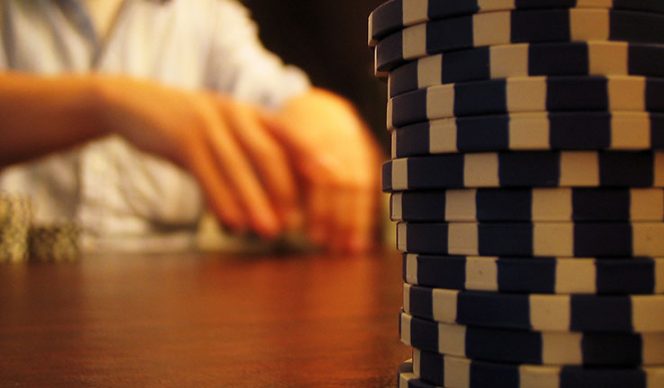 What is tribal gaming?

Tribal gaming, or Native American gaming, encompasses all gambling operations that take place on Indian reservations or tribal land in the USA. The gambling activities at tribal gambling establishments can range from bingo halls to casinos and even racetracks- no two establishments are the same. Tribal gambling activity takes place on land that has been granted tribal sovereignty at a federal level and therefore state governments have very little ability to restrict the tribal communities on what they can offer in the way of gambling. This was made clear in the Indian Gaming Regulatory Act 1988.

What is tribal sovereignty?

Tribal sovereignty is the concept that indigenous tribes or Native American communities should not be reliant on a federal or state government and should have the authority to govern themselves within the US. The US federal government refer to tribal communities as ‘Tribal Nations’ and recognizes them as ‘domestic dependent nations’, establishing a number of laws to clarify the sometimes confusing relationship between state, federal and tribal governments.

In 1988 Congress passed the Indian Gaming Regulatory Act (IGRA) as a means to establish rules and regulations for tribal gaming. The act grants federally recognized tribes permission to conduct gambling operations, so long as they are operating in accordance with terms negotiated between themselves and the state. These acts are called compacts.Compacts ensure that the operations are in line with state laws.

The IGRA breaks down the different forms of gambling activity and places them in three classes:

Class II gaming – Class II gaming includes gambling activity where players play against each other, rather than the house. This can include games like bingo, poker and keno. This class of gaming is governed by tribal regulators and must meet federal guidelines before being approved by the National Indian Gaming Commission (NIGC).

Class III gaming – Class III gaming is gambling that is played against the house and encompasses everything that is not included in Class I and II gaming. This is usually referred to as ‘Vegas-style gambling’ and includes slots machines, roulette, craps, blackjack and sports betting. Tribes will need to negotiate the terms of a compact with the state government for permission to offer class III gaming.

What are Tribal-State compacts?

Tribal-state compacts are agreements between tribal communities and the government where the state is located. A compact essentially act as a business agreement between the state and tribes. You could also look at a compact as an agreement that has been negotiated between two political bodies with the aim of addressing the issue of jurisdictional responsibility.

The IGRA lays out detailed instructions for how compacts can be made between a state government and tribal group.

There are a number of government bodies that are tasked with overseeing Native American affairs and gaming activities. The four most relevant to the tribal gaming industry are:

1979 – Tribal gaming was born in 1979 when a tribal community located in Florida, the Seminole Tribe of Florida constructed high stakes bingo venue on their reservation located near Fort Lauderdale. The tribe planned to open the venue six days a week which conflicted with Florida’s state law which only allowed Bingo venues to open two days week. The tribe’s venue also exceeded the states $100 jackpot limit. From here the County sheriff in Broward County, where the reservation is located, began making arrests almost immediately after the bingo venue opened.

The Seminole Tribe sued the county under the grounds that as a federally recognized tribe they had sovereignty rights to conduct any activity on their land without the state interfering. A district court ruled in favor of the Seminole Tribe in 1981, essentially beginning the legal battle for tribal gaming.

The Seminole Tribe eventually began to expand their gambling operations by opening private casinos, bingo venues and lotteries on their lands all with prizes that exceeded the states legal limit. The Seminoles argued they were a sovereign people and exempt from state laws. this raised concerns amongst the state as there was a fear that this would give tribes a competitive advantage over other gambling venues in the state.

1980 – The Californian tribe, the Cabazon Band of Mission Indians, began opening bingo halls and poker venues in an attempt to generate revenue for the tribe. The Tribe was very poor after being neglected in state and tribe negotiations in the 1850s, its reservation made up of trailers and some small buildings. The county sheriff shut down the tribe’s gambling establishments and arrested a number of natives, confiscating the cash and merchandise for the venues. The tribe sued the state over this and, just like the case of the Florida Seminole Tribe, the courts ruled in favor of the Cabazon Band in 1987.

1987 – The US Supreme Court officially recognized the legitimacy of Indian gaming in 1987. The Supreme Court ruled in favor of the Cabazon Band of Mission Indians in their court case against the state of California. The ruling made it clear that tribal gaming operations do not fall within the jurisdiction of the state, due to the fact that tribal communities are considered sovereign entities and are therefore entitled to conduct gambling operations without interference from a state. This led to the creation of the Indian Gaming Regulatory Act.

2018 – The Supreme Court struck down the Professional and Amateur Sports Protection Act (PASPA) lifting the federal ban on sports betting operations. Some tribal communities saw an opportunity to capitalize on this and have made efforts to implement sports betting services at gambling establishments.

The Choctaw Band of Mississippi Indians were the first of the tribes outside of Nevada to launch sports betting operations at an Indian casino.

While tribal gambling already makes up a significant chunk of the total US gambling market, the repeal of PASPA has only created more opportunities for the tribal gambling market to grow. This can be seen in a number of partnerships that have formed since the repeal of PASPA. In October the Santa Ana Star Hotel and Casino in New Mexico launched the first sportsbook in New Mexico under a tribal gaming compact. In October the Californian Tribe known as the United Auburn Indian Community (UAIC) entered into a partnership with MGM GVC International which has put this tribe in a position to offer sports betting when the state and tribal groups reach an agreement on the activity. It is just a matter of time until the tribal gambling begins to see even more growth, there is even the possibility that tribal groups may launch online sports betting sites as the market opens up.