By Noel Davies on 12th July 2022
Jump to section:
🏆 View Top Sites >
How We Select
Bonuses
Events
Markets
Let’s get ready to rumble with the best WWE betting sites for US bettors. For professional wrestling fans, there are multiple matches to bet on every week, not to mention major live events throughout the year. Let’s take a look at the top US WWE sportsbooks. 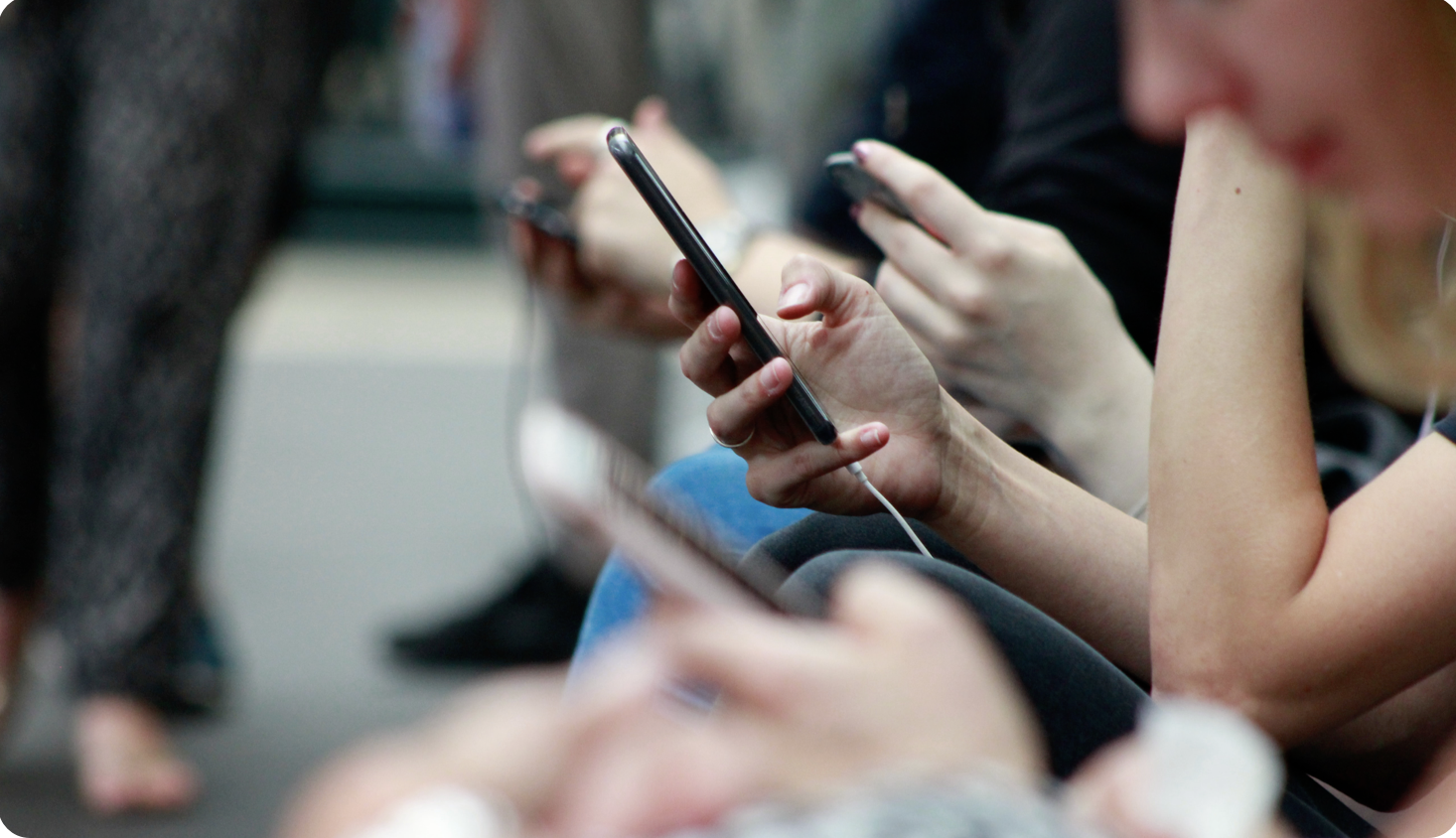 Looking to smackdown on some WWE bets? Well, it may surprise you to learn that, despite the scripted, predetermined nature of professional wrestling – or sports entertainment, if you prefer – you can still bet on the outcome of WWE matches and events.

That may sound odd to you, so allow us to explain. Although a small group of people know the result of a forthcoming contest before the match even begins, those results are kept tightly under wraps.

For example, if Roman Reigns is due to wrestle The Miz, while the wrestlers and those involved directly with the match will know the scripted winner, that news is not released publicly. This means you can bet on the outcome as you would with any other sporting event, and you’ll win if you’re right and lose if you’re not.

For experienced bettors with a good knowledge of WWE’s product, betting on the wrestlers you think will win is an intriguing concept, as the addition of ongoing storylines gives an extra factor to consider when you’re predicting the winner.

How We Select the Top US WWE Betting Sites

When it comes to WWE betting sites, we base our reviews on a variety of criteria. In order to rank highly with us, an online sportsbook has to score well in all categories. Some of the factors we consider when reviewing the top US WWE sportsbooks include:

Whether part of a welcome bonus or as an offer for existing customers, promotions are a big part of an online sportsbook. For those wanting to bet on WWE, there are a bunch of bonuses you may benefit from, including:

As a promotion, this one’s pretty self-explanatory. Usually given as a deposit bonus, you’ll be allocated a set number of free bets. This promotion often has two main terms attached – a limit on the value of the bet, and a limit on the odds, for example, you may be given a $10 free wager on any bet with odds of +200 or higher.

Matched deposits will be familiar to online casino fans, but these promotions also make regular appearances on US online sportsbooks. Make a deposit – usually, but not always, your first with that particular site, and the sportsbook will match it to a certain percentage, and up to a specific limit. An example of this type of promotion is ‘100% deposit match up to $500’ which means the sportsbook will cap this particular matched deposit payout at $500.

Risk-free bets are another popular welcome bonus at sports betting sites that offer WWE betting. Here, you make a bet up to a certain limit, and if you win, you can claim the payout you’re due. However, if your wager doesn’t come in, then the sportsbook will give you the value back in free bets, making your initial bet ‘risk-free’.

Odds boosts are usually offered to coincide with big sporting events, so WWE bettors can expect to see these more often when Wrestlemania comes around in March/April of each year. With this type of bet, you are offered a boost on the odds of a certain wager, creating a more favorable payout for the bet – it’s that simple. They are usually available for a certain amount of time each day, so check out your preferred sites to see when odds boosts are offered.

WWE has several shows every week including Raw, Smackdown, NXT 2.0, and NXT UK, as well as monthly ‘premium live events’ – once known as pay-per-views. Despite the immensely busy calendar that wrestling bettors have to choose from, there are a few events that stand out:

The road to Wrestlemania starts in January when 30 WWE superstars take part in the hugely popular Royal Rumble and Women’s Royal Rumble events. This year saw the 35th anniversary of the event which was held at The Dome at America’s Center in St. Louis, Missouri. Throw everyone else over the top rope, get a title shot at Wrestlemania, easy, right?

Predicting the Royal Rumble winner is one of the toughest wagers for WWE bettors because there are 30 potential combatants to choose from, usually more, as a few entrants tend to be kept secret until the event. Even if you break it down to the five or six wrestlers who are most likely to win the Rumble, it’s still a tough guess, but that does mean odds are pretty friendly most years.

WWE’s biggest show of the year by far, Wrestlemania has been running annually for the better part of four decades, and still draws eyes from around the world. Home to epic moments like Seth Rollins’ win over Brock Lesnar, The Rock and Stone Cold Steve Austin’s epic main event trilogy, and The Undertaker’s legendary streak, Wrestlemania is known as the showcase of the immortals for a reason.

With more matches than any other WWE event of the year, the parlay options are vast at Wrestlemania, with many sports betting enthusiasts taking a punt on every event, or picking a set few they feel confident about.

Money in the Bank

Survivor Series is still technically considered to be one of WWE’s Big Four events of the year. However, the unique nature of Money in the Bank’s titular match – where six or more WWE superstars battle to climb a ladder and gain possession of a briefcase that offers a guaranteed title match –  makes it hugely popular among bettors. Of the myriad events on the WWE calendar, Money in the Bank is usually the most unpredictable, and often showcases some of the best singles matches too, such as CM Punk vs John Cena in 2011.

“The Biggest Party of the Summer” is quite the claim, but WWE works hard to make sure its annual Summerslam event (or Summerfest if you ask Jeremy Piven) lives up to the slogan. Often taking place in an outdoor arena or stadium, giving the event an intriguing vibe, Summerslam has hosted some of the biggest main events of all time, including Bret Hart vs The British Bulldog in London in 1992, in front of over 80,000 fans.

Bets for Summerslam are almost up there with Wrestlemania due to the high-profile nature of matches, featuring the likes of AJ Styles, Becky Lynch, and many more.

If you’re looking to make WWE bets, there’s a range of available markets to choose from. Maybe you just want to pick a winner, or maybe you want to delve a bit deeper into specific  details – whatever your preferences, there’s a WWE wager to suit you. Here are some of the most popular markets at WWE betting sites.

Looking for the best WWE betting site to make wagers on your favorite superstars? We’ve got you covered, compare the best WWE sportsbooks at Compare.bet today!

Can I make parlay bets on WWE?

Yes, for sure. You can make parlay bets on WWE events such as Summerslam by betting on the outcome of multiple matches on a single card. For the Royal Rumble, maybe you fancy the Over/Under bet on how long multiple wrestlers will survive in the match. All these bets can be combined. But remember, if one wager doesn’t come in, the whole bet is lost.

Can I claim a WWE betting bonus?

Yes! The best US sportsbooks provide welcome bonuses for new players, as well as offers for existing customers. These promotions can include deposit matches, free bets, risk-free bets, and more.

Is betting on WWE safe?

As long as you are playing at a licensed, legal, and legitimate online sports betting site, then you can rest assured your money and details will be safe. Don’t forget, we will never recommend a WWE betting site unless it has the correct licenses from state regulators. 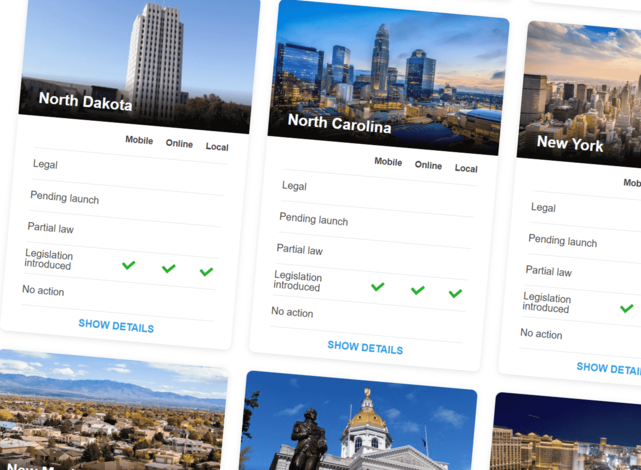