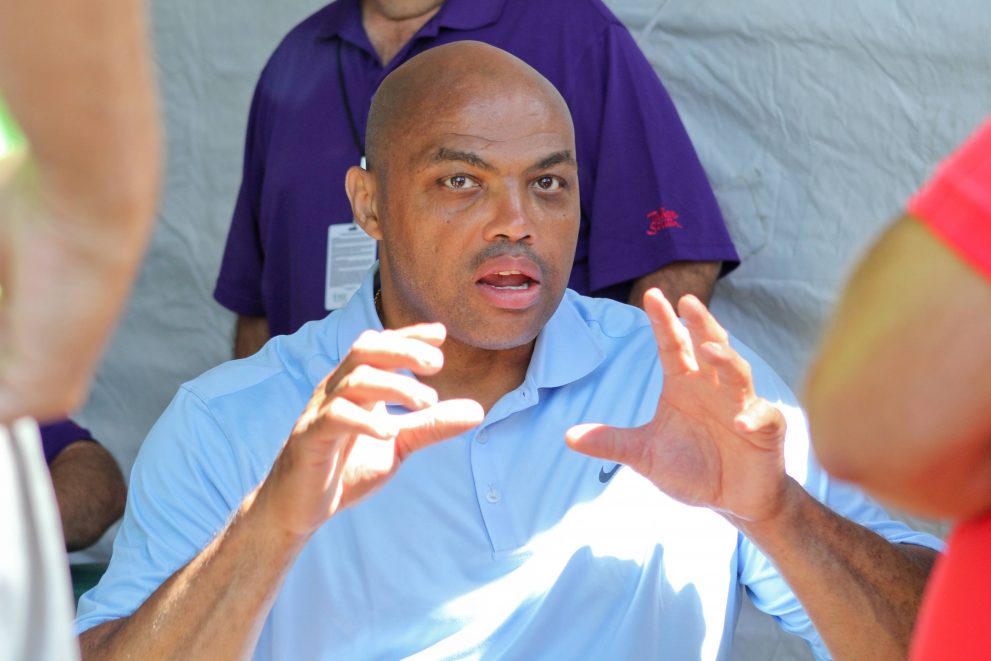 When it comes to hot summer months in Phoenix, Charles Barkley is a self-admitted “wuss.”

That’s why he leaves his Paradise Valley home and goes east for a few months, to the place he started his NBA career. You can imagine, then, how often some Philadelphia 76ers fan has stopped him the last few weeks and asked what the Sixers can or should do about disgruntled point guard Ben Simmons.

“I have been asked that question a minimum 10 times a day,” Barkley told Compare.bet. “And I said, ‘Guys, No. 1, I don’t know. But I will tell you this. How many people are looking for a point guard who is making $40 million a year who’s afraid to shoot and can’t shoot free throws?’”

I spent about 15 minutes Saturday talking to Barkley about Simmons. As usual, Barkley had a lot to say, not only about Simmons but about the player empowerment era in the NBA and, as he looks forward, a potential work stoppage when the league’s collective bargaining agreement with the players expires after the 2023-2024 season.

No player has recorded at least 40p/20r/5s in a single game since. pic.twitter.com/XqMFm9DPXD

Barkley’s words require some context, however, so let’s go back to the scene of Simmons’ crime, the Eastern Conference Semifinals last season against the Atlanta Hawks.

You might recall that Simmons not only couldn’t shoot the ball — he shot 33 percent from the free throw line — he refused to shoot the ball, taking only 45 field goal attempts in the seven-game series and passing up a wide-open dunk in Game 7 as the Sixers trailed the Hawks by two with less than four minutes left in the game.

That prompted Philadelphia center Joel Embiid to say the play was the “turning point of the game.”

Then, coach Doc Rivers was asked in the post-game press conference if the Sixers could win an NBA title with Simmons as the point guard.

“I don’t know the answer to that right now,” he said.

It was at that point that Simmons had two choices. He could either accept the observations, acknowledge that his game needed work and show up for this season a more well-rounded player. Or, he could sulk, skip the start of training camp and then, when he did show up, show complete disinterest in what the team was doing.

Which brings us back to Barkley.

Barkley knows Philadelphia. He played for the Sixers for eight seasons before being traded to the Phoenix Suns in the summer of 1992. Simmons had an easy out to get back in the good graces of Philadelphia fans, Barkley said, but he blew it.

“If he came out sometime and said, ‘I apologize for not playing better, the criticisms are fair and I’m going to do everything in my power to be a great basketball player,’ I think Philadelphia would have forgiven him,” Barkley said.

“I don’t know why Ben got mad at that sh–, to be honest with you. Listen, I’m not one of those old guys who feel like I didn’t make any money and I hate on these young guys making all this money. But I thought if you’re making $40 million a year (Simmons actually signed a five-year, $170 million contract extension in 2019) and people are telling you to get better in basketball, you should get better in basketball.”

Barkley believes that if Simmons had showed up for training camp willing to work on his shortcomings his relationship with the Sixers could have been mended. But when Simmons, Barkley said, “half-asses it in practice and they have to kick him out, I thought that was the point of no return.”

• Kicked out of practice
• Fined $1.4 million
• Suspended from season opener

Joel Embiid says he’s not here to babysit anyone, so how do Ben Simmons and the Sixers proceed from here? pic.twitter.com/o7psznhEJl

Clearly, Simmons is trying to force his way out of Philadelphia. But who wants a player who will make $146 million over the next four years and is so thin-skinned the slightest hint of criticism causes him to pick up his ball and go home?

“I tell people, ‘You act as if it’s going to be easy to trade this guy,’” Barkley said. “If you make that trade as a GM, and he does not get better and won’t shoot the ball, you deserve to be fired.”

Simmons’ huge contract also ties Philadelphia’s hands. It’s one thing to trade an unhappy player for cents on the dollar if he’s making a few million a year. But the Sixers have deeply invested in Simmons; he was the No. 1 overall pick in 2016 and supposed to be the Omega to Embiid’s Alpha as Philadelphia chased a championship.

As Sixers president Daryl Morey has repeatedly said, he’s not going to give Simmons away just to rid himself of a headache.

“I use the analogy talking to my friends that if a lot of guys could get divorced and it would cost them five to seven to 10 million dollars they’re going to get divorced,” Barkley said. “But if it’s going to cost you $200 million you’re going to stay married.”

Barkley does see one trade that would work, and it’s a blockbuster, a straight up Kyrie Irving for Simmons swap. The Sixers would get an elite point guard whose game would better complement Embiid’s, and Simmons’ defense would be an ideal fit alongside scorers Kevin Durant and James Harden.

“Yes, I would do that deal right away,” Barkley said. “I think it would benefit both teams.”

"Brooklyn has taken incoming calls from teams on Kyrie Irving."

This isn’t just a Ben Simmons story, though. Barkley believes the player empowerment era in the NBA has gone too far, Simmons just being the latest example. In 2019, Anthony Davis forced his way out of New Orleans and onto the Los Angeles Lakers. Harden, believing the Houston Rockets were no longer contenders, showed up late and out of shape for training camp last season — sound familiar? — and was eventually dealt to his preferred team, the Nets.

What’s a team to do if a superstar decides that being unprofessional is the best way to facilitate a trade?

“James Harden took the money and said f— you and gave Houston the middle finger,” Barkley said. “Now you got Ben Simmons who they owe $150 million, and he said, f— you, I’m not playing there.

“It’s screwed up. Going forward, you’re going to have to give a guy $150 million or $200 million and if he’s ever unhappy, you’re at his mercy. I don’t think that’s good for our league.”

That’s why Barkley is convinced the owners will want substantial changes to the CBA when it expires.

“The owners are not going to take this s— lying down,” Barkley said. “I think the next collective bargaining agreement is going to be very contentious. There’s no doubt in my mind we’re going to have a strike or a lockout.”

That’s a story for down the road. Today, Simmons is unhappy, the Sixers are unhappy, Philadelphia fans are furious and Barkley has no clue how all that gets fixed.