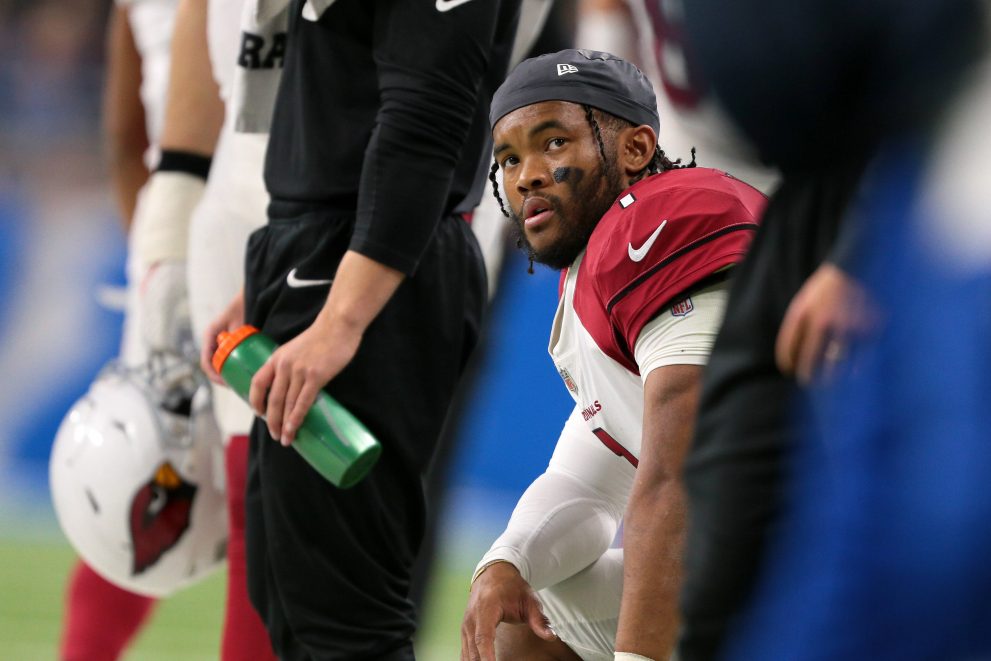 The Cardinals suffered a stunning loss on Sunday to the Lions, and in its aftermath, much was made about star quarterback Kyler Murray’s demonstrative in-game gestures when things went south.

The team’s play-by-play radio voice, Dave Pasch, spoke with former Cardinals quarterbacks Carson Palmer and Drew Stanton on ‘The Dave Pasch Podcast’ this week, and each thought it was a bad look for the young signal-caller.

“The thing that concerns me is some of the leadership deficiencies I’ve seen, some of the body language I’ve seen from Kyler,” Palmer told Pasch. “When you’re down in Detroit, you just can’t do that. You need to keep — even though you’re faking it — you need to keep a rah-rah face on. There are just certain things you need to do as a quarterback.”

Stanton echoed the sentiment, preferring a stoic quarterback to a fiery one.

“I want my quarterback, I want to be able to look at him on the sidelines and not be able to tell if I’m up by 40 or down by 40,” Stanton said. “Everybody to a man has talked about this on different days, about Kyler’s body language. If it’s that apparent to a fan watching that, think about the effect it’s having on his teammates around him.”

Palmer and Stanton were both longtime NFL quarterbacks who played on their share of successful teams, so their opinions should certainly be given weight, but as I listened to those comments, something kept popping into my head.

On Sunday night, mere hours after the Cardinals’ loss in Detroit, the Tampa Bay Buccaneers were shut out by the New Orleans Saints.

Tom Brady, arguably the best quarterback of all-time, was anything but calm in that one. He tossed a Microsoft Surface tablet in disgust, yelled at the officials and went to the Saints’ side of the field in the fourth quarter to berate defensive coordinator Dennis Allen. While Brady wouldn’t confirm it after the game, it looked like an expletive-laden tirade.

So Tom Brady goes off on refs; then slams/breaks a Microsoft Tablet; & runs to Saints sideline to curse out a Saints coach — all in one game.
IDC how many SB’s he won. Write about it as if he were Lamar Jackson pic.twitter.com/1RuWsIWehR

There is a juxtaposition in the way Brady’s body language is viewed compared to that of Murray. While the Bucs quarterback certainly has the gravitas to act how he wants, there is precious little evidence that it has hindered his teams from finding success, considering Brady has seven Super Bowl rings.

Murray is only in his third season and doesn’t have the team success yet, but it seems illogical to believe better body language on the field would result in more victories. The Cardinals have lost two straight, but the absence of three All-Pro-level talents — wide receiver DeAndre Hopkins, defensive tackle J.J. Watt and center Rodney Hudson — is a bigger culprit than body language.

Sometimes this conversation evolves to a larger one about leadership, which is another area in which Murray receives criticism. When that comes up, my mind drifts to another star quarterback.

Green Bay signal-caller Aaron Rodgers is the reigning Most Valuable Player, and is now neck-and-neck with Brady for this year’s hardware.

On the field, he’s been masterful. Off it, he’s been arguably the most polarizing player in the NFL.

Rodgers demanded a trade this offseason and didn’t show up to any team activities until training camp. During the season, he has been a vocal critic of the COVID-19 vaccine, and seems to create a national stir when he talks about it each week on the The Pat McAfee Show.

…in one sitdown interview.

By any account, Rodgers has been a major distraction this year, and it’s hard to put someone on the Mount Rushmore of leaders with so much chaos in their orbit.

And yet, it hasn’t mattered. Rodgers is an unbelievably gifted football player, and the Packers currently have the No. 1 seed in the NFC.

Palmer was a fantastic leader for the Cardinals, so it’s natural that he wants Murray to follow in those footsteps.

“Can Kyler lead this team?” Palmer said. “Can he find a way to shake that bad body language we’ve seen the last couple of weeks? Can he find a way to lead this group of guys? … I absolutely think Kyler’s capable of doing it. I absolutely think Kyler has the ability and the god-given athleticism, the arm talent, all of that. He’s got it all. Now he needs to prove it. Now he’s at a really important turning point in his career.”

Palmer is best remembered for leading the Cardinals to the NFC Championship game in 2015. However, in 2016, with Super Bowl expectations at their peak and basically the same roster on hand, the Cardinals finished just 7-8-1.

Palmer was the same galvanizing leader, but the team’s passing attack took a major step back, and the group underachieved. It’s one of innumerable reminders that leadership only matters so much.

NFL quarterbacks are not a monolith, as each has a distinct personality. Some are natural born talkers, others are more introverted. Some are demonstrative, others are stoic.

But there is no personality trait that guarantees success, or else every quarterback would act the same.

Murray doesn’t need to be a motivational speaker before a game or perfectly calm during it. He just needs to make plays.

Draftkings
Our score 81%
Get Up To $1000 Bonus
Claim Bonus
New Customer Offer A customer's first deposit (min. $5) qualifies the user to receive up to $1,000 in bonus funds in the form of site credits that can only be used on DraftKings. Bonus amount is equal to 20% of that deposit amount, not to exceed $1,000 (the customer must deposit $5,000 to be eligible to receive the maximum possible bonus amount of $1,000). Bonus funds will be awarded to the user according to the following play-through requirement: for every $25 played on DraftKings in DFS/Sportsbook/Casino, the user will receive $1 in bonus funds released into their customer account 21+. Full T&Cs apply. Please gamble responsibly. 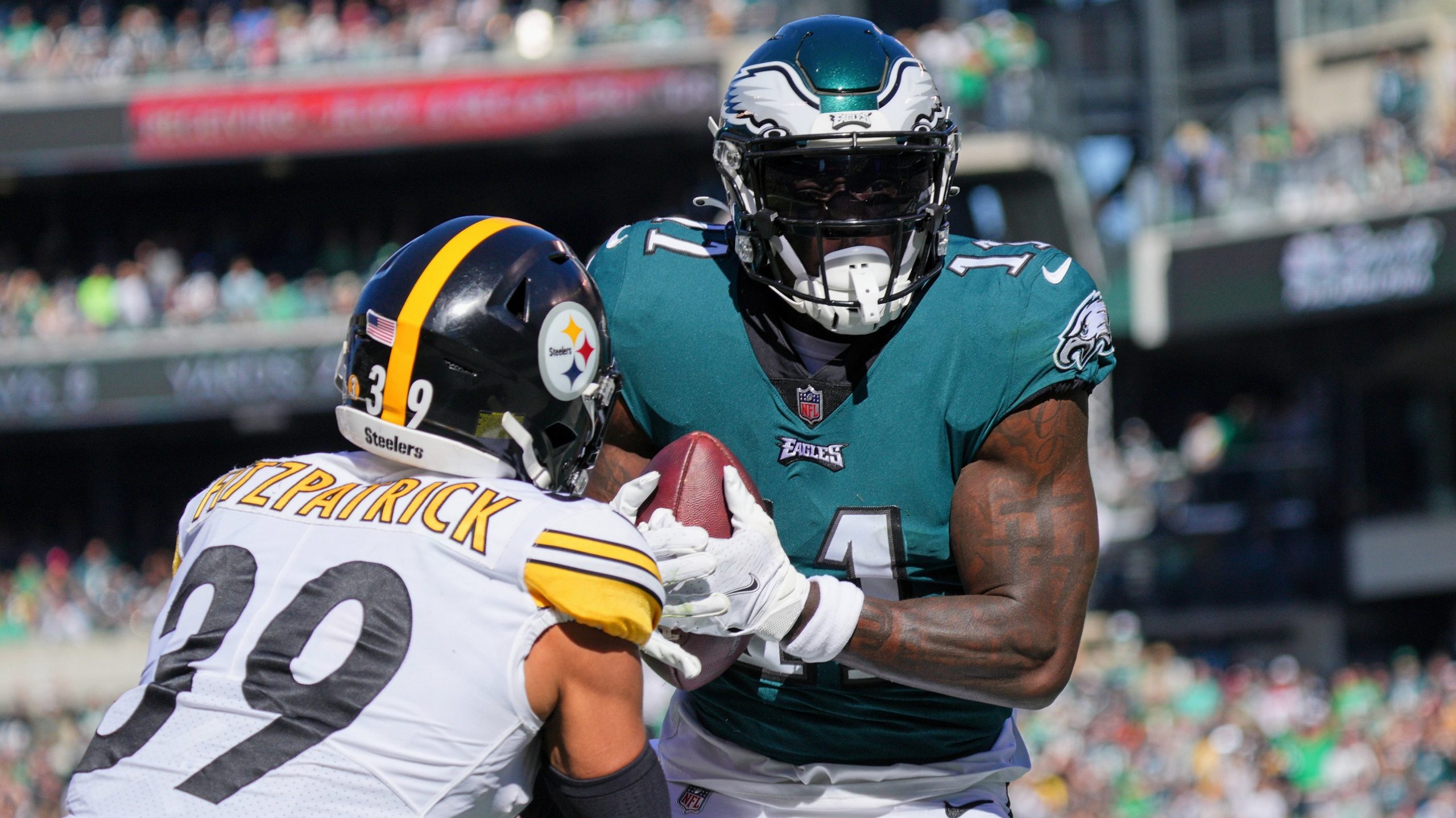 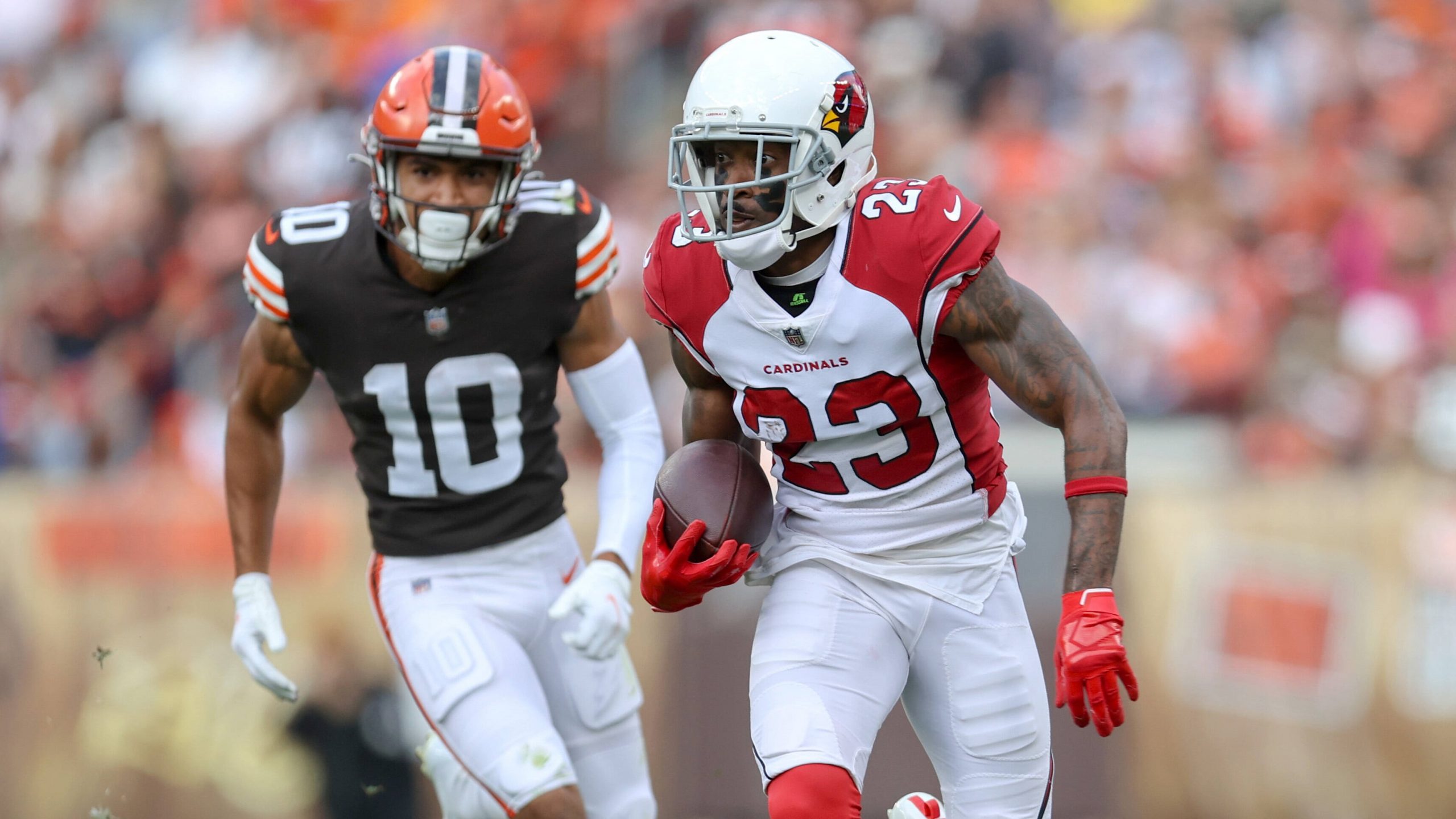 Robert Alford on Not Re-Signing with the Cardinals in 2022: ‘I Felt Like I Was Worth More Than the Vet Minimum’