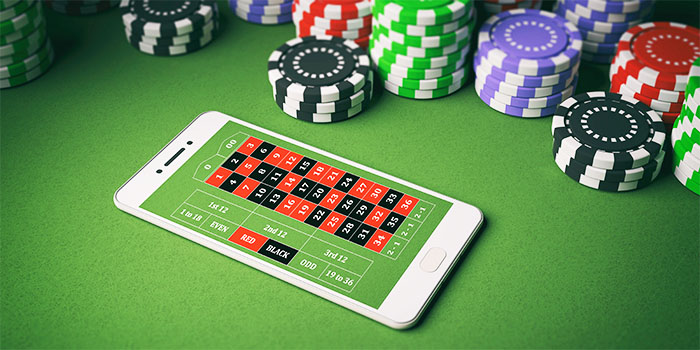 The word roulette is French for ‘little wheel’ so it only makes sense that you should learn the French version of this popular casino game. If you’ve played the game of roulette before, you might be familiar with the more prominent European and American versions, but by switching to the French variety, you can take advantage of a higher winning probability. Much like any version of the casino classic, French roulette is simple and fun to play, so let’s take a look at how it differs from its counterparts.

If you take a quick look at the French roulette table, you’re sure to instantly notice a few superficial changes to the table layout. While the rules and gameplay don’t stray too far from your standard game of European or American roulette, there are a few differences that you should look out for:

Sure, the differences in presentation make French roulette stand out, but the opportunity to make more money is the real attraction here. As mentioned earlier, this version of the game has a lower house edge than both American and European roulette, thanks to the unique La Partage and En Prison rules. The house edge values for French roulette are as follows:

When compared to other versions of roulette, these values are very favourable. For example, the house edge in American roulette is 5.26%.

These rules are exclusive to French roulette. Either, but not both of these clauses may apply depending on where you are playing:

With a payout percentage of 98.5%, the ‘La Partage’ version of French roulette is more favourable towards players when compared to standard American and European roulette games. It almost sounds too good to be true, and makes the choice between French, European and American roulette a no-brainer.

Now you’re all clued up and ready to give the French wheel a spin. Looking for a loaded games collection, generous bonuses and some rewards for your loyalty? Check out our list of Ireland’s top casinos – they’re packed full of them! Always play within your limits and remember to have fun. Good luck!

Yes, many of our top casinos have an amazing collection of live casino games for you to choose from, including French roulette. Head to the live dealer table to interact with a friendly live croupier and get the most authentic French roulette experience!

How are results determined in online roulette?

The results of online roulette are completely random, thanks to Random Number Generator (RNG) software used by online casinos. This RNG software is put through frequent rigorous testing to ensure it complies with industry standards. Furthermore, all our top casinos in Ireland are fully licensed and trustworthy – so you’re guaranteed a fair game.

What is the house edge?

The house edge is like a commission taken by the game provider for every bet placed. In reality, it is a tiny fraction of the amount wagered but it is enough to tilt the balance in favour of the house over the long term. The house edge ensure that the casino makes a profit eventually.

Daniel Bennett
Daniel Bennett
Daniel is the editor-in-chief at Compare.bet. He has half a decade of experience writing on topics including sports betting, online casino and the NBA. Daniel also covers Premier League football for The Warm-Up and has interviewed Louis Saha, Richard Dunne and Gary Pallister. In his spare time, Daniel enjoys film photography and making Spotify playlists.
Privacy & cookie notice Just so you know, this site uses cookies to give you the best possible experience. Close