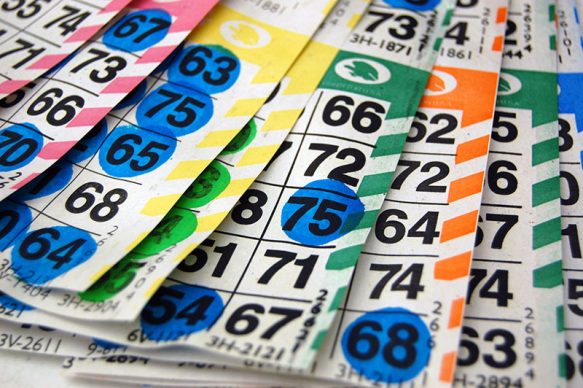 🏆 View Top Sites →
Want to grab a slice of a €90,000,000 minimum jackpot? EuroJackpot lottery is for you. Check out our list of the best places to play EuroJackpot lottery online today. All you need to do is pick out a favourite and sign up!
By Danielle Clark & others ✅ Updated 11th January 2021 🔎 See how we review and test lottery sites

The EuroJackpot isn’t the biggest lottery in the world, but with a jackpot starting at €10 million, it’s certainly worth getting involved. Want to get in on this multi-million euro jackpot action? Whether you want to buy Eurojackpot lottery tickets online, or bet on EuroJackpot draws, we’ve selected the top lottery sites. Take a look at our list of the best sites for EuroJackpot lottery to get started.

The EuroJackpot lottery draw was established in 2012 to compete with the EuroMillions lottery. Initially, the lottery had 14 participants, but there are now 18 participating countries, including:

You don’t have to be a resident of these countries to join in on the Eurojackpot action, as long as you meet the minimum age requirements to play lottery in that country.

How to play the EuroJackpot lottery

While you can buy Eurojackpot lottery tickets from retailers in any of the participating countries, you can also grab a slice of the action online. Whether you’re betting on the outcome of the draw or buying lottery tickets online, you’ll have the chance to win a share of the multi million euro jackpot. EuroJackpot draws take place every Friday evening in Helsinki, Finland and players must buy their tickets in advance of the draw.

As with all lotteries, the basics of playing EuroJackpot are pretty straightforward. All you need to do is pick five numbers from 1 to 50 and two additionally numbers from 1 to 10, but you can often have all seven numbers randomly selected for you.

The EuroJackpot lottery pays out depending on the numbers you match, and the jackpot is awarded to players matching all five numbers, as well as the two bonus numbers.

You won’t need to watch the EuroJackpot Friday draw to find out if you’ve guessed the winning numbers and scored a cash prize. You can check the EuroJackpot lottery results online after the draw, but if you’ve bought your ticket through an online lottery retailer, or bet on the results at a lottery site, they will usually notify you of your prize. These means you needn’t worry about missing out on any EuroJackpot winnings.

There are 12 different ways to win in the EuroJackpot lottery, with prizes starting for players and bettors who match two main numbers and one ‘euro’ number. Prizes start at just a few euros, while the maximum jackpot is a massive €90,000,000, and the jackpot amount can rollover a total of 14 times. With a jackpot this generous, it’s hardly surprising that the odds of hitting it are pretty slim, at 1 in 95,332,200. However, there are a couple of players that have hit the jackpot and taken home the full €90 million – in 2015 a Czech player struck lucky, but it was a German player that hit the big bucks in 2016 and in 2018, a Finnish player took home the entire jackpot. If more than one player is lucky enough to pick the winning numbers, the jackpot is simply split among all winners.

While the exact payout will vary between draws, these are the average payouts across the draws from 2012 to 2018.

If you’re making a bet on the EuroJackpot draw, rather than buying a ticket from a retailer, any returns will be relative to the actual prize for the draw. This means that, while the winnings will be paid by the lottery site, rather than the lottery fund, any prizes will be similar.

You’ve got to be in it to win it, so what are you waiting for? Pick out the your lucky numbers and place your bets. Not sure where to start? Our list of the best EuroJackpot lottery sites will point you in the right direction- all you need to do is compare and pick out a favourite to get involved.

Can I bet on other lotteries at EuroJackpot sites?

Of course. The best lottery sites have options for betting on a range of different lotteries from around the world, from EuroMillions to US Powerball and El Gordo. This means you can bet on your favourite lotto draws from one online account, making it easier to keep tabs on your spending.

Can I use paypal to bet on EuroJackpot?

This depends on the lottery site you choose. While PayPal deposits are only available at a selection of sites, the top sites on our list offer a range of other payment methods. You can use other e-wallets like Neteller and Skrill, and credit and debit card payments come as standard at pretty much every lottery site.

Is it safe to bet on EuroJackpot lottery online?

Sure. Whether you’re buying EuroJackpot tickets, or making a bet on EuroJackpot lottery, you should stick to using sites that have a valid gambling licence from a governing body like the UK Gambling Commission (UKGC) or the Malta Gaming Authority (MGA). These regulatory bodies monitor lottery sites to ensure they’re playing by the rules and offering customers a safe and fair online lottery experience.

Can I bet on EuroJackpot on my mobile?

Yes. The best lottery sites have either mobile optimised web pages or native mobile apps for iPhone and Android, which means you can buy lottery tickets and bet on the lottery whenever and wherever suits you.

Must I pay tax on my EuroJackpot winnings?

This depends on the country in which you’re playing. While UK lottery players aren’t taxed on any lottery winnings, Spanish lottery players must pay 20% tax on winnings over €2500.

Danielle has six years of experience writing on a wide variety of topics, including online casino, sports betting and tourism. She has a BA in French with English from King’s College.