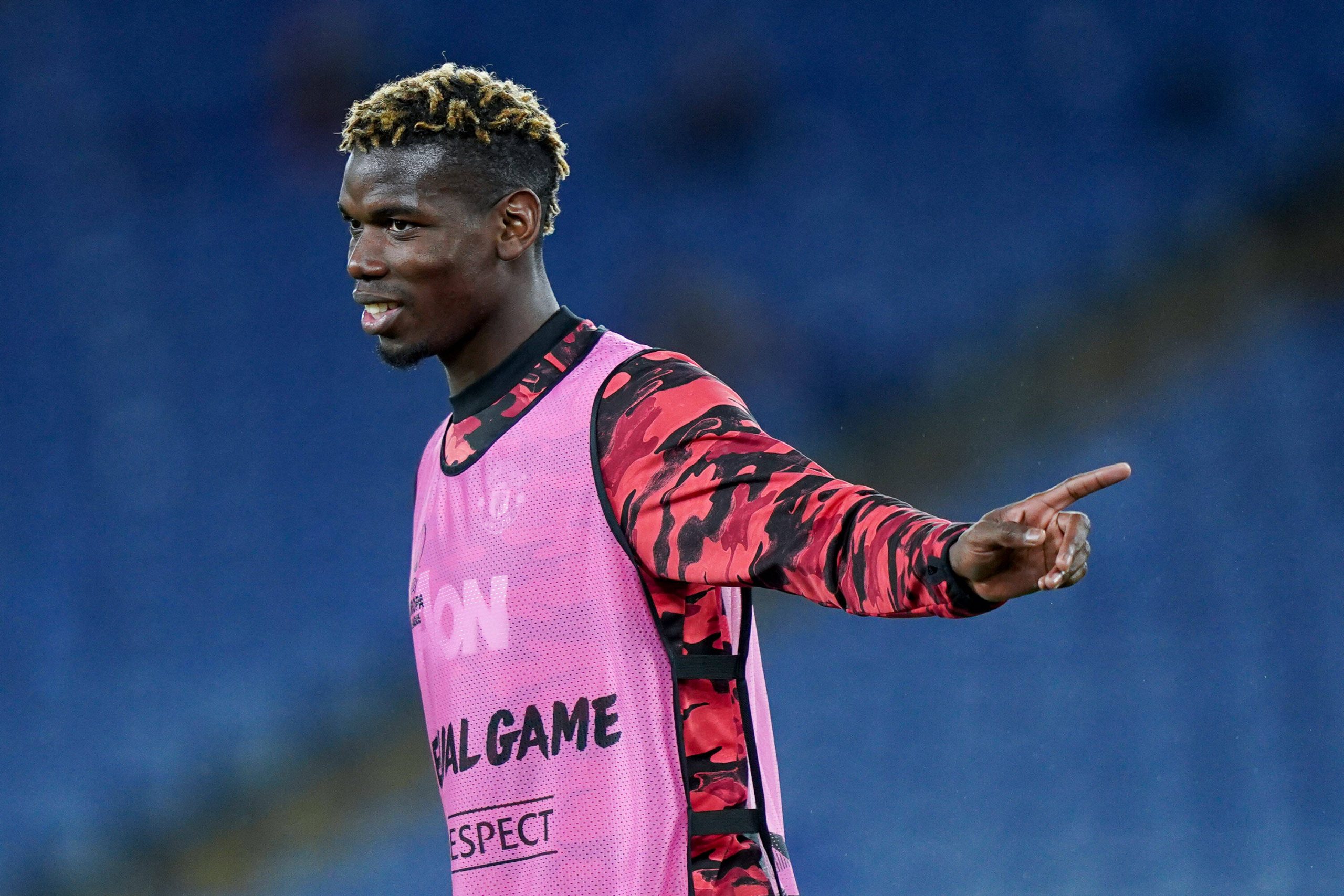 There isn’t another Premier League team at this moment in time with the depth in wide positions as Manchester United. Ole Gunnar Solskjaer is indeed spoiled for choice across his attacking line, with Mason Greenwood, Anthony Martial, Marcus Rashford and Jadon Sancho all exceptional wide forwards.

And yet when United lined up for their opening fixture of the 2021/22 season against Leeds United, they had Dan James on one side and a central midfielder by trade, Paul Pogba, on the other. Solskjaer, however, was vindicated, particularly in his unusual deployment of Pogba, who produced a record-equalling four assists in one match.

AND HERE ARE YOUR STARTING LINE UPS

Mason Greenwood will be leading the line for #MUFC tonight. Pogba on the left, Daniel James on the right.

For Leeds, Dallas goes to left back and Koch in CM.

How are we feeling? pic.twitter.com/wgjK7pSMus

For those who watched Manchester United in the second half of last season, the sight of Pogba on the left wing against Leeds surely came as no surprise. Pogba played in this position no fewer than eight times in the Premier League last term as Solskjaer’s side finished second, their joint-highest finish since Sir Alex Ferguson’s retirement.

As one of the best central midfielders in Europe, questions have been asked of Solskjaer and his willingness to use Pogba as a winger. However, the 28-year-old’s sparkling performance in the opening weekend win over Leeds United underlined why he is so effective in that position for Manchester United.

Nobody on the pitch made more key passes (five) than Pogba. Looking past the defenders, only Fred (53) made more touches of the ball for United than the Frenchman (50) while only David De Gea (12) and Victor Lindelof (11) made more long passes than him (six). The latter was particularly important to how the hosts got out against a Leeds team that likes to play a high line – see Pogba’s inch-perfect pass for Greenwood’s goal to make it 2-1.

Each one of Pogba’s four assists demonstrated a different side to his game. There was the one-touch, round-the-corner ball into Bruno Fernandes for the opener. Then there was the aforementioned bowls-like pass along the ground from deep for the second through Greenwood. His pass for Fernandes’ second wasn’t particularly remarkable, but came after a surging run from deep. Then there was the cut-back from wide assist for Fred to make it 5-1.

4 – Paul Pogba is the 7th different player to register four assists in a single Premier League match, and the first Man Utd player to do so. The Frenchman made just three assists in his 26 league games in total last season. Fantastic. #MUNLEE

Only one of those contributions, the assist for Fred, came from the area of the pitch where Pogba was picked to play in on paper. This, however, illustrated the true role the Frenchman has in Solskjaer’s side. Even when Pogba appears to have been deployed as a left winger, he’s not really a left winger at all.

Pogba’s heat map against Leeds shows just how quick he was to cut inside off the left flank. This allowed him to link up with Fernandes, but also opened up space on the wing for Luke Shaw to exploit. It’s no coincidence that Shaw’s best form last season came once Solskjaer started experimenting with Pogba ahead of the left back.

Even going back to his Juventus days, Pogba’s best form always came when he was used on the left side of a midfield three. With a protective barrier behind him, Pogba is afforded the freedom to stride forward and affect the game in the final third with freedom. While the shape might be different, this is essentially what Solskjaer gives Pogba when he’s used on the left for United.

“I’ve had a great relationship with Paul all the time, today was just about ‘go out there and enjoy yourself’, we gave him the freedom to roam,” Solskjaer explained after the 5-1 mauling of Leeds United in front of a capacity crowd at Old Trafford. “All the best players want to feel our trust in them and confidence. He can create moments out of nothing and I was impressed with his fitness.”

As a de facto left-winger, Pogba has proved to be so effective for Manchester United that Marcus Rashford might have a problem once he returns to the fold following shoulder surgery. Not so long ago, the 23-year-old looked to be the focal point of Solskjaer’s side, but the England international could find a team that has moved on without him by the time he is back on the training field.

This isn’t something that will likely concern Solskjaer, though. In Pogba and Rashford, he has two very different left-wing options with the latter a more orthodox wide man. Rashford’s natural inclination is also to cut inside where possible, but this is more often than not to get a shot away rather than to link up with a teammate. With Rashford on the left side, United have more verticality than they do with Pogba.

Nonetheless, Pogba in this position brings balance. The likes of Greenwood, Martial and Sancho also bring verticality, as does Shaw as an attack-minded full back, and so Rashford might lose out, not because he’s an inferior talent, but because Manchester United need something a little different in his role to maintain the structure of the team.

Years have been wasted at Old Trafford trying to fit Pogba into the Manchester United first team. The Frenchman’s quality and natural talent is obvious, but it hasn’t always been clear what his purpose and role at the club is. Solskjaer, though, is finally starting to bring the best out of the £89 million man.

It is therefore galling, from United’s point of view, that Pogba has never been closer to leaving the club with his contract up at the end of the season. Paris Saint-Germain are believed to be interested in signing the Frenchman as a free agent next summer while Real Madrid are also known to be long-term admirers.

Old Trafford is, however, the best place for Pogba right now. While the left-wing role might be an unusual one for the Frenchman, he is being harnessed in a way that was never the case under Jose Mourinho. Pogba on the left-wing looks more like the Pogba Manchester United thought they were getting five years ago.