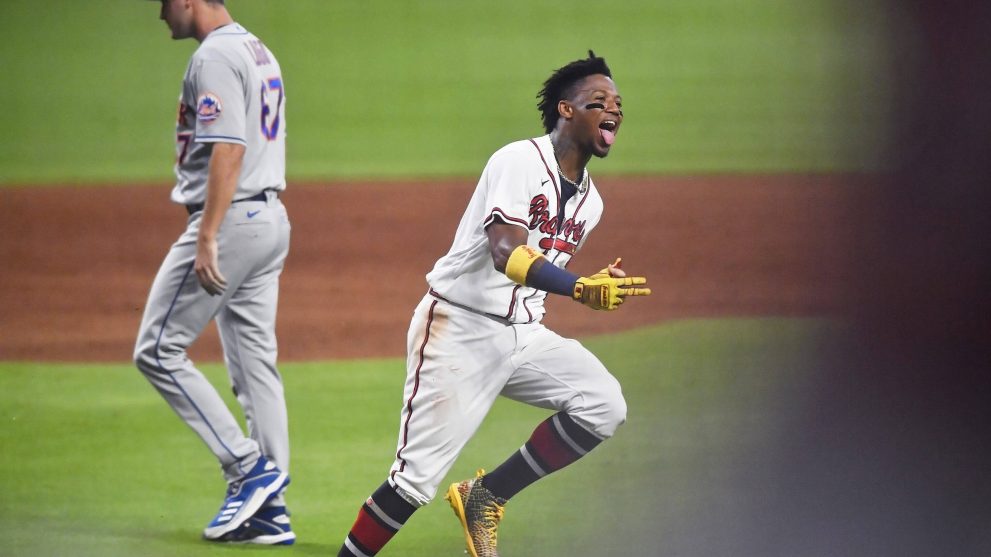 Historically speaking, the rivalry between the New York Mets and Atlanta Braves is baseball’s version of a pop culture fad: While it generated memories people still fondly recall decades later, it burnt out as fast as it heated up.

In 1998, the Braves eliminated the Mets from wild card contention on the final day of the regular season, after which Atlanta superstar Chipper Jones mockingly referred to New York manager Bobby Valentine as “Top Step.”

In 1999, Jones — who heard chants of “Larry,” his given name, every time he stepped to the plate at Shea Stadium — locked up the National League Most Valuable Player award while hitting four homers in a three-game September sweep of the Mets.

A month later, the Braves raced out to a three games to none lead in a heated NL Championship Series before the Mets won the next two games and came within a pair of blown saves in Game 6 of forcing Game 7. (Andruw Jones’ walk-off walk is still a painful memory for Mets fans)

On this day in 1999, Kenny Rogers walked Andruw Jones with the bases loaded and one out in the bottom of the 11th inning, a pennant-clinching walkoff walk

In 2000 — when John Rocker was suspended for the first 14 games of the season for the homophobic and racist comments he made about New Yorkers in a Sports Illustrated article — the Mets supplanted the Braves as NL champions, though they won the pennant by knocking off the St. Louis Cardinals, who’d eliminated Atlanta in the NL Division Series.

But what appeared to be a riveting new chapter in the rivalry in 2001 proved to be its swan song, at least under that incarnation. The Mets and Braves, playing the first professional sports game in New York City 10 days after the 9/11 terrorist attacks, exchanged handshakes and hugs at Shea Stadium before Mike Piazza hit his iconic home run to lift the Mets to an unforgettable victory.

The Braves then posted two dramatic comeback wins, both mounted via ninth-inning rallies against Mets closer Armando Benitez, over the next nine days to end any hopes the Mets — who went 25-6 from Aug. 18 through Sept. 27 — had of winning the NL East.

Amazing athlete, class person, now I know why the @Braves won all those games, Brian, @RealCJ10 Chipper, and the rest; talent, strength and character. Be well. #Braves #MLB https://t.co/sIVRFEyp8W

The Mets and Braves didn’t finish 1-2 — in any order — in the NL East over the subsequent 20 seasons. When one team was contending, the other one wasn’t.

For the first time since 2000, the NL East appears to be a two-team race between the Mets and Braves, who begin a pivotal five-game series tonight at Citi Field. New York, which once led the division by 10 1/2 games, has a 3 1/2-game lead on second-place Atlanta, which has gone 40-15 since June 1, when it began a 14-game winning streak.

“The Braves had the timing of that 14 in a row or it would have been a runaway,” said Fox analyst John Smoltz, who spent all but one year of his Hall of Fame career with the Braves.

And while there’s no mutual contempt between the teams and the fan bases — not yet, anyway — there’s some timelessness to the matchup.

The Braves built some ‘90s-esque championship mettle by winning the World Series last year — when they didn’t get over .500 until Aug. 6 and overcame season-ending injuries to Ronald Acuna Jr. and Mike Soroka as well as the suspension of Marcell Ozuna on their way to the title — and appear set for the foreseeable future with a mostly homegrown core. Atlanta’s top six players in WAR, per Baseball-Reference.com, have never played for another big league team. Ozzie Albies, Acuna and Austin Riley are locked up through 2027, 2028 and 2032, respectively.

“There’s no greater injuries than (what) happened last year and they were able to find ways to win,” Smoltz said. “So that helps. It’s not a formula you want to live by, but it helps your morale when Albies went down this year (he suffered a broken left foot in June and will likely be out until at least late this month).

“There’s something special about winning, feeling like you can do it under the gun.”

He talks with @BenVerlander about he lived for playing in the biggest moments pic.twitter.com/CEZE1NClFf

As they were in the late ‘90s and early ‘00s, the Mets are fueled by several imports trying to hasten the team’s path back to contention. One of those recent arrivals, Hall of Fame-bound ace Max Scherzer, is slated to start one of the games of a doubleheader Saturday while Jacob deGrom, the most accomplished pitcher developed by the Mets since Dwight Gooden, is scheduled to make his second start of the season in Sunday’s finale.

DeGrom, who missed the second half of last season due to an elbow injury and the first four months of this season because of a scapula injury, tossed five innings of one-run ball in his 2022 debut Tuesday night.

“If they get deGrom back and stay healthy, which has always been an issue for the Mets, this is the best Mets team I’ve seen since I’ve been out of the game,” Smoltz said.

With the expanded playoff field, there’s little doubt the Mets and Braves — each of whom have a 99 percent chance to make the postseason, per today’s odds at Baseball Reference — are both headed for the 12-team tournament.

But with the wild cards relegated to a best-of-three first-round series and the two division winners with the best record in each league earning a bye into the Division Series, the urgency of the 12 remaining games between the teams — the Braves are scheduled to host the Mets in a four-game series Aug, 15-18 and a three-game set from Sept. 30-Oct. 2 — will be ratcheted up.

The NL West-leading Los Angeles Dodgers, with a big league-best 71-33 record, are well on their way to locking up one bye. The Mets are nine games ahead of the NL Central-leading Milwaukee Brewers while the Braves, who would open the playoffs against the reloaded San Diego Padres if the postseason began today, are 5 1/2 games ahead of the Brewers.

“I think winning the division and getting the best record is a huge, huge advantage,” Smoltz said. “Obviously, the Dodgers have the best record out there. And it’s going to come down to the Mets and the Braves at the rate it’s going right now.” 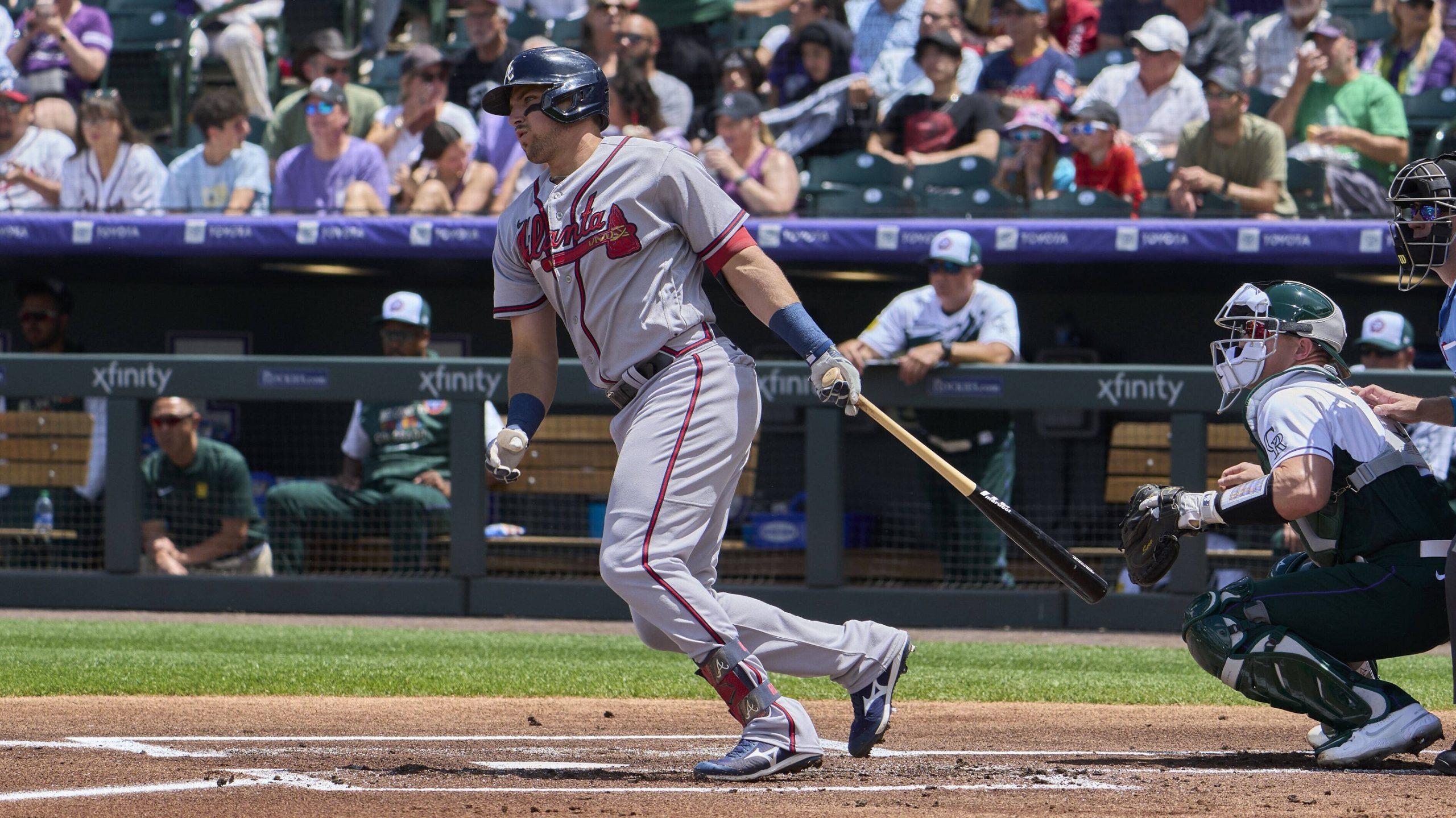 A Chipper Future: Austin Riley Following in the Footsteps of Atlanta Braves Superstars