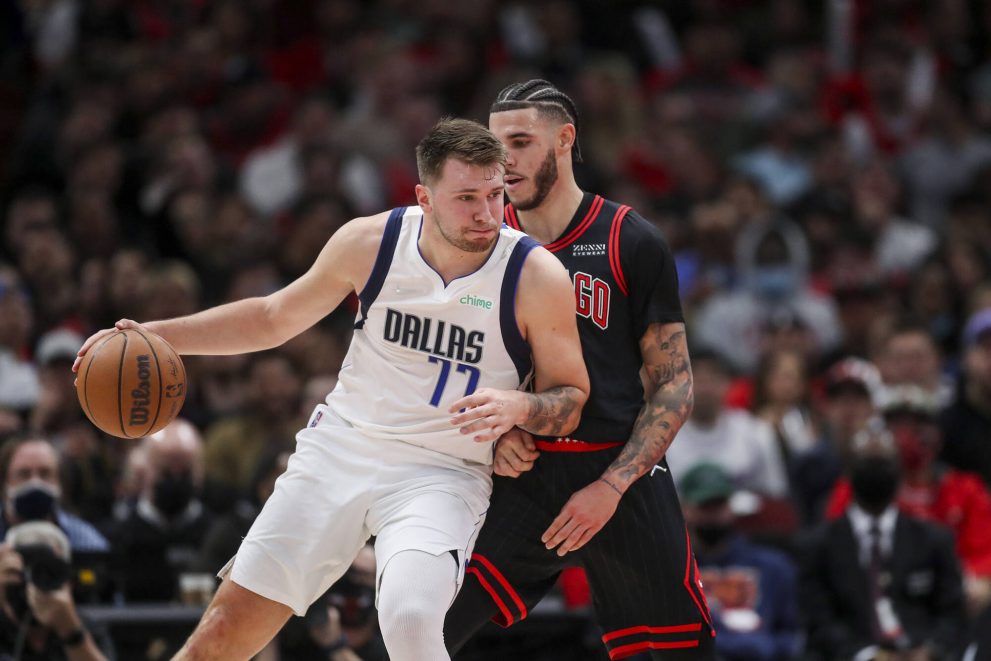 With the Ides of March now passed us, we are officially one month away from the start of the NBA playoffs. And this year’s second season projects to be especially promising as league-wide parity appears to be at an all-time high.

However, with such fortunate circumstances comes great costs. The door to the Larry O’Brien is as capacious as ever, but so are the margins for speculation. So, to avoid pulling the NBA equivalent of a Julius Caesar, we are going to turn to our good old friend — history — to help us try and narrow down the field of potential Finals contenders.

A Glimpse at the Past

To aid us in our crusade, I went ahead and charted the Halfcourt Offensive Rating and overall Defensive rating of every Finals team since 2004 in this nifty little thread here:

Tweeting this out for an article I'm working on, but here is a thread of the halfcourt offensive rating and overall defensive rating of every team that has made the Finals since 2004.

Some things worth noting here. First off, the reason why we are looking at data from Cleaning the Glass is that their database helps eliminate some noise by accounting for garbage time and end-of-quarter heaves. With that said, this is also the reason our sample size only extends back to 2004.

The reason we are citing halfcourt offensive statistics is because, as we know, the game slows down in the playoffs. So teams will have to grind out possessions in the halfcourt more often than they normally would in the regular season, which negatively affects transition-dependent offenses.

Anyway, this information reveals some interesting trends. Of the 36 teams that have appeared in the Finals since 2004, 28 of them have had both a top-12 halfcourt offense and a top-12 overall defense.

And the eight teams that failed to meet this criterion all boasted an elite overall defense or halfcourt offense:

All eight teams that act as exceptions to the rule all had a halfcourt offense or overall defense that was four points better than the league average. For reference, four points is a greater gap than the one that exists between the Miami Heat’s stingy unit of fortification (4th in defense) and the league average in defensive efficiency this season. (Funny aside: notice how five of these eight teams feature one LeBron James).

These findings remind me of something I heard basketball historian Ben Taylor talk about on a semi-recent episode of the Thinking Basketball podcast:

“When you think about title teams, or title level teams, if you are not extremely amazing at offense or defense…then it really behooves you to have balance.”

And this is exactly what we see playing out here. The 36 teams we’ve seen in the Finals since 2004 either have an elite halfcourt offensive attack, an elite defense, or the aforementioned balance that Ben discussed.

With all this in mind, here is a look at who would constitute as a Finals contender if the season were to end today:

By the standards we outlined earlier, we have seven Finals contenders. Six of these seven teams meet the top-12 halfcourt offense/top-12 overall defense threshold. While the Celtics, with a halfcourt attack a cut above mediocrity, get in thanks to their incredible defense — which is on par with the 04-05 Pistons in terms of relative efficiency.

Other interesting notes here. The Phoenix Suns, based on the definition we have been using (four points better than league average), sport both an elite halfcourt offense and elite defense. The Heat are only 0.2 points per 100 possessions away from falling out of the top-12 in Halfcourt Offensive Efficiency, which would thereby make them ineligible based on this criteria. Such a minor shift shouldn’t change your entire perception of a team, but the idea that their halfcourt offensive standing is that fragile is a cause for concern.

And lastly, despite not even owning home-court advantage in a playoff series at this moment, the Mavericks should be a team that is very much on your radar thanks to their top-6 halfcourt offense and overall defense.

Bet on teams to make the NBA Finals!

Notable omissions from this list include the Grizzlies, Bulls, Nets, and defending champion Bucks.

The Grizzlies’ halfcourt struggles this season (23rd) have been well-documented and will ultimately be a thorn in the side of this frenetic young group as they try navigating through the postseason. The Bulls’ defense has tapered off quite a bit since the injuries to Alex Caruso and Lonzo Ball. But still, the unit only ranked 16th in the league in defensive efficiency on the day Caruso went down.

The Nets may be the conduit of the strangest season in NBA history; however, even with their recently acquired reinforcements, history tells us that regular season data is a strong predictor of postseason success, so one probably shouldn’t expect a deep run from them. Lastly, the Bucks have had to deal with a myriad of injuries to defensively-slanted personnel, causing their normally stout unit to fall to 13th. Expect that to change before the end of the season now that their former All-Defensive Team anchor is back in the lineup.

Overall, this exercise is far from a perfect science. In fact, at its core, it’s a bunch of cherry-picked stats being used to filter out teams.

But in the same token, maybe this exercise is warning you who you should look out for in the playoffs, which in a season as up for grabs as this one, can be a useful tool indeed.

Bet on teams to make the NBA Finals! 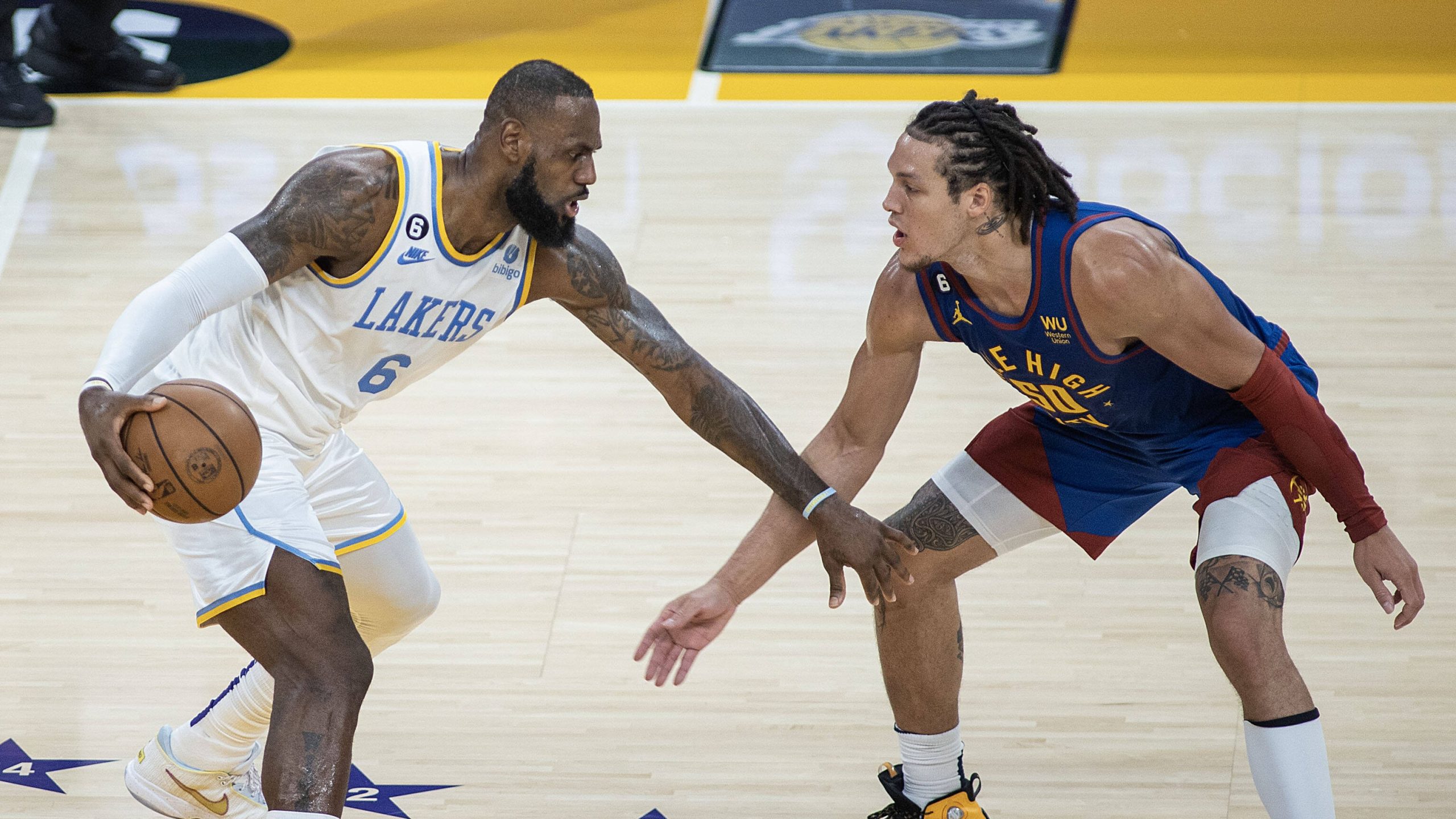 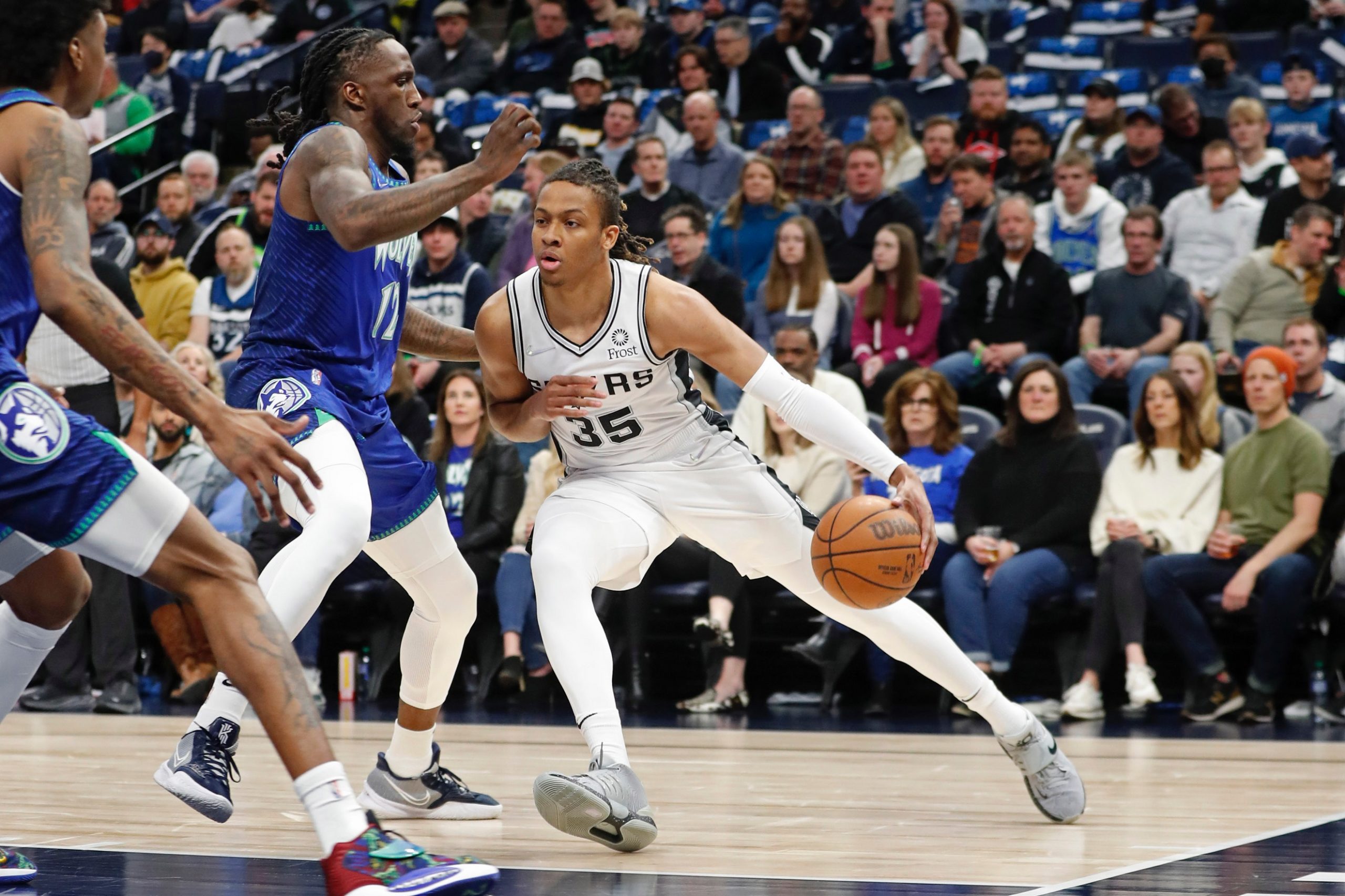 Magaro-George: Why the Spurs Should Hold Onto Romeo Langford This Season