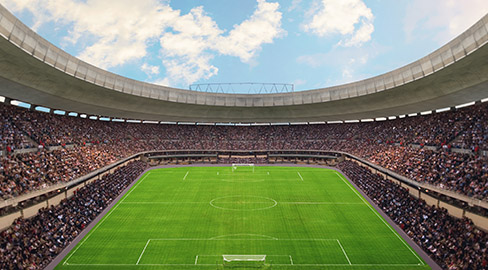 By Noel Davies 2nd August 2022
:
🥇 View Top Sites >
Fancy betting on Hell in a Cell, the Elimination Chamber or a Tables, Ladders and Chairs match? Here’s your chance! Look through our list of the top WWE betting sites and pin down your favourite, then get signed up to enjoy the thrills of online WWE betting.

Everything you need to know about betting on WWE

Most WWE fans can recall the sad moment they realised things weren’t quite as real as they first seemed. It’s wrestling’s worst kept secret that WWE is scripted, which is why it may come as a surprise that you can bet on it just like you would football or hockey. Yes, that’s right – you can bet on WWE even though all the results are predetermined.

If that sounds odd, let us explain. The scripts and results of WWE events are kept tightly under wraps, known only by a privileged few. Of course, those who have got the inside knowledge can’t bet on events, so regular punters really have no way of knowing what’s going to go down.

This means that many major online sports betting sites now offer WWE markets. Just like how it’s a blast to watch your favourite wrestlers in action, the element of unpredictability makes WWE betting a whole lot of fun, as well as potentially rewarding for savvy bettors. To help you get started, let’s go through everything you need to about betting on WWE.

WWE (World Wrestling Entertainment’s) matches take place all year round, with weekly Raw and Smackdown shows. It’s the live pay-per-view (PPV) events that generate the most markets at sports betting sites, though. These are the biggest and most exciting wrestling events, so naturally attract the most bettors. Let’s take a look at some of the top matchups:

The Royal Rumble is one of the most prestigious dates on the WWE calendar, taking place every January. The main event sees a whopping 30 wrestlers go head to head, and you can get WWE betting odds as high as +10000! 2018 saw Shinsuke Nakamura win the men’s event, while Asuka won the first-ever women’s Royal Rumble.

Wrestlemania is another WWE highlight, which usually airs in March or April and features the biggest names in the business. In 2018 there were 13 matches, with two championship face offs. AJ Styles came out on top against Shinsuke Nakamura to retain the WWE Championship, while Brock Lesnar defeated Roman Reigns for the Universal Championship title.

This event takes place each August, with the 2017 and 2018 SummerSlams both featuring thirteen matches. The latest edition saw Roman Reigns get revenge on Brock Lesnar by winning the Universal Championship match, while Ronda Rousey defeated Alexa Bliss to be named Raw Women’s Champion.

While these are the biggest WWE showdowns, the fun doesn’t stop there. Other big PPVs include Hell in a Cell, the Elimination Chamber, Money in the Bank and Clash of Champions, all of which are great fun to watch and bet on.

We’re going to be honest, knowing who to back on your WWE betting slip is like drawing straws. The outcomes are scripted, so nothing is out of the question. There’s no point researching statistics like you would with football or basketball betting, as WWE can throw you a curveball at any time. For example, Brock Lesnar was a +900 underdog at Wrestlemania 30, but caused an upset by bringing The Undertaker’s 21-match undefeated streak to an end. 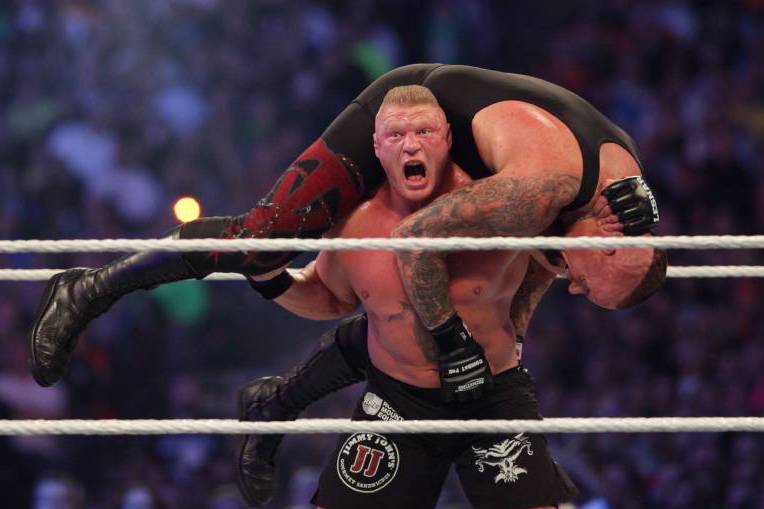 Of course, this unpredictability is part of what makes betting on WWE so entertaining. There are some factors you can look for to help inform your betting, though. Instead of checking out recent form or head-to-head history, shrewd WWE bettors search for patterns in the storylines and how previous events have played out.

When you’re betting on match winners or next bet holders, there’s also a strong case behind baking the most popular wrestlers. This is ‘sports entertainment’ after all, so we can expect the biggest names to hold the prestigious championship belts more often than not. John Cena, for example, has been one of the WWE’s biggest stars for over a decade and has won the WWE Championship a record 13 times. Coincidence? That’s up to you to decide.

There’s also plenty of WWE betting tips and advice available online, which can be helpful when picking a winner. As with all sports betting though, no tipster can guarantee a winning bet, so we’d advise taking these with a pinch of salt.

As well as the standard bets like match winner and event winner, WWE offers plenty of exciting markets for bettors to take a punt on. Let’s take a look:

After/Next – This involves betting on which wrestler you think will be the next holder of a title. So if Brock Lesnar is the current WWE Universal Champion, you’re betting on who will be the ‘next’ champion after him.

Champion by – This is similar to the after/next market, but you’re wagering on a wrestler to become champion by a certain date, such as 1st January 2022.

Feuds – Feuds is another fun WWE betting market where you’re predicting that two wrestlers will face off in the ring before the match has been scheduled.

To contest main event – By betting on this market you’re predicting which competitors will feature in the main event of a WWE match up, such as Wrestlemania.

Method of victory – Pinfall? Knockout? Countout? Take your pick of how you think a match is going to be won.

Under/over elimination time – Here, you’re betting on how long you think a wrestler will last in the ring before being eliminated.

While you won’t find sport-specific bonuses like you might with hockey betting, plenty of top sports betting sites allow you to wager bonuses on your favourite wrestling events. These include matched deposits, which award a percentage of your deposit as bonus funds, as well as money back offers, where you get back a portion of a losing wager. Many sites also offer free bets, where you make a qualifying wager to get some bonus bets in return.

If you fancy using a bonus to bet on WWE, keep in mind that they come with terms and conditions. Wagering requirements apply to lots of offers, and mean that you have to wager your bonus a certain number of times before it can be withdrawn. You’ll have to use your bonus before the time limit expires, and some also have to be used on bets priced at a set minimum odds.

Our list of WWE bookies features some of the biggest names in the business, but we’ve included some of the latest additions for 2022 too. New betting sites can be just as good as some of their more established counterparts, offering similar market depth and odds, often with a fresh new look and even some hot new features. With new sites so keen to land new customers, you might even grab a better bonus if you sign up with a new WWE betting site.

Bet on the WWE!

WWE’s shows are action-packed, fun-filled and entertaining, and the same goes for WWE betting. With plenty of betting opportunities throughout the year, you’re probably keen to get out there and try your luck. To find the top WWE betting sites online, simply compare the brands on our list – each one offers some great WWE betting markets for you to try out. Our recommended sportsbooks also support a range of payment methods, such as Interac and iDebit, so we’ve got you covered. Once you’ve found a site you like, follow our link to sign up and claim your exclusive welcome bonus!

Are there maximum bet limits on WWE matches?

This depends on the WWE betting site but quite often there are limits, yes. VIPs at top online sportsbooks often benefit from higher betting limits, so signing up to a sportsbook with a rewarding VIP scheme might be your best bet if you’re a high roller.

Do I get paid if a wrestler is disqualified?

If you bet on a match winner, this usually excludes wrestlers who are disqualified. The wrestler needs to win by pinfall or submission. However, this varies, so be sure to check out the terms and conditions of your chosen sportsbook.

Can I place parlay bets on the WWE?

Yes. With at least two live shows airing weekly, there are plenty of opportunities to place parlays throughout the year. Many punters find that the best time to place a WWE parlay bet is prior to PPV events, which often feature cards jam-packed with matches.

Is there a winning strategy for WWE betting?

No. The WWE is full of surprises. It’s not a case of betting based on form or history, the outcome of an event ultimately boils down to which wrestler or team the company has chosen to win. However, there are certain betting systems—such as matched betting and the Fibonacci system—that you can use to guide your staking patterns.

How do I know WWE betting is fair if the outcomes are predetermined?

While the outcomes of events are predetermined, they aren’t made public and are only known amongst members of the WWE, who can’t wager on the sport. Additionally, betting regulators would be quick to act if any suspicious betting patterns emerged. To guarantee fair betting and payouts, always bet with licensed sportsbooks like the ones on our list. Governing bodies are in place to ensure that these licensed bookies play by the rules.