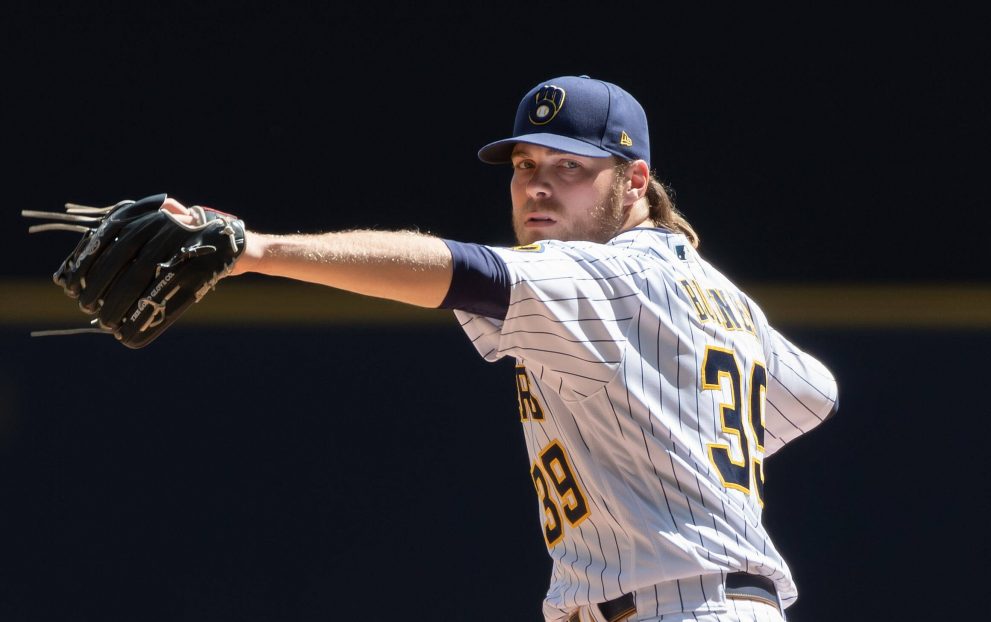 When Corbin Burnes won the National League Cy Young last fall with the fewest innings pitched (167) of any award-winning starter over a full season, it was either heralded or lamented as another sign of how the modern day starting pitcher is utilized.

But it also represented a throwback method of developing an ace-caliber starting pitcher.

Burnes’ breakout season as a starter came after an extended apprenticeship in the bullpen — a path taken more frequently decades ago but rarely traveled in the 21st century. The right-hander made 30 relief appearances — all in 2018 — before his first big league start, the most relief appearances prior to his first start of any Cy Young Award winner.

Burnes has 66 relief outings on his ledger, which are officially the most for a Cy Young Award winner since R.A. Dickey had 99 relief appearances upon being voted the NL’s winner in 2012. But Dickey opened his career as a swingman and spent several mid-career years in that role while mastering the knuckleball before he won the Cy Young at age 37.

The previous 20-something starting pitcher to win the Cy Young with more relief appearances than Burnes was Johan Santana, who began his big league career as a Rule 5 draftee and pitched in relief 76 times for the Minnesota Twins from 2000 through 2003 before winning the AL’s trophy at age 25 in 2004.

The trip back to the bullpen after opening 2019 in the rotation wasn’t entirely by design — Burnes battled mechanical issues and was sent to the minors before finishing with an 8.87 ERA while pitching in low-leverage situations in the majors— but it embodies an organizational philosophy for the Brewers.

While Burnes’ 30 relief appearances prior to his first start are the most of any member of Milwaukee’s rotation, the quartet of Aaron Ashby, Adrian Houser, Freddy Peralta and Brandon Woodruff have combined to pitch in relief 107 times — all but two of which have come since 2018, when the Brewers began their streak of four consecutive playoff appearances.

The five Brewers starters combined to post a 3.41 ERA in 280 innings as relievers with a strikeout-to-walk ratio of 357/111. The ERA is notably impressive because it includes all of Burnes’ relief innings. The relief ERA of Ashby, Houser, Peralta and Woodruff is 2.86.

The piecemeal approach to building a starter was much more prevalent in the back half of the 20th century. Hall of Famers and 300-game winners Phil Niekro (only one start in his first 79 games from 1964-66) and Gaylord Perry (79 relief appearances and 56 starts from 1962-65) each spent much of their early years in the bullpen, as did fellow Hall of Famer Fergie Jenkins, who made 56 of his first 68 appearances as a reliever.

The most recent Hall of Fame pitcher to ease into the rotation via relief is Pedro Martinez, who made 64 of his first 67 appearances out of the bullpen for the Los Angeles Dodgers from 1992-93 before he was traded to the Montreal Expos.

The four pitchers to record 20 wins for the Baltimore Orioles in 1971 — Mike Cuellar, Pat Dobson, Dave McNally and Hall of Famer Jim Palmer — had a combined 226 relief appearances entering that season.

Such a transition is rarer today. Ten of the top 24 active pitchers in innings pitched have made 10 or fewer relief appearances, and David Price would be among that group if he hadn’t been utilized almost entirely in relief by the Dodgers the last two seasons.

Only two pitchers among the top 24 — Chris Sale (79) and Adam Wainwright (63) — had more relief appearances before their first start than Burnes. Sale was on a Hall of Fame track before Tommy John surgery interrupted his career in 2020 and Wainwright might be in the process of authoring a late-career sprint that gets him into Cooperstown.

Given how the Brewers are having staff-wide success with their approach, Burnes said he expected other teams to follow suit.

“I think that’s kind of how baseball goes — kind of has the ebbs and flows, kind of how the game adjusts with time,” Burnes said. “I think more teams are going to probably do what we’re doing. You kind of see the Rays doing (it) with their opener deal and then kind of transitioning to starting. Different organizations have different thought processes, and right now, what seems to work is bringing guys up in the bullpen and then kind of putting them in the rotation.”

But as Counsell knows all too well, sometimes the fates force a team to alter its plans. While Burnes is is in the thick of the Cy Young race — with an NL-best 110 strikeouts and the third-lowest ERA in the Senior Circuit at 2.31, he’s +500 to repeat at DraftKings, behind only the Miami Marlins’ Sandy Alcantara (+275) and the San Diego Padres’ Joe Musgrove (+425) — the Brewers are mixing and matching in the middle and back of the rotation.

Craig Counsell on the banged up pitching staff: "It's what you go through in a major-league season." #ThisIsMyCrew pic.twitter.com/2SQnbdvgrv

Peralta (shoulder) is out indefinitely while Ashby (left forearm) just hit the shelf and Woodruff (ankle and Raynaud’s syndrome, the latter of which causes numbness in his middle right fingers) is in the midst of a rehab assignment. As a result, rookies Jason Alexander and Ethan Small have debuted this season and combined to make their first five big league appearances as starters for the Brewers.

“We’ve often been in a spot where we’ve had numbers to be able to do it — sometimes, you get stuck and you don’t have the numbers to do it,” Counsell said last Thursday, hours before Ashby exited his start against the New York Mets with the forearm injury. “I think in a ideal world right now, if I had my choice, Aaron Ashby would be pitching out of the bullpen because we have Freddy Peralta and Brandon Woodruff and we’d be using (Ashby) as a big piece to nail down games and make it really tough to score against us.

“There’s not a right way to do it. It’s a way that we’ve had some experience with it. I think we’re comfortable doing it this way and we’ve had some success doing it. The next guy that we get might not be a guy we do it with. We’ll see.” 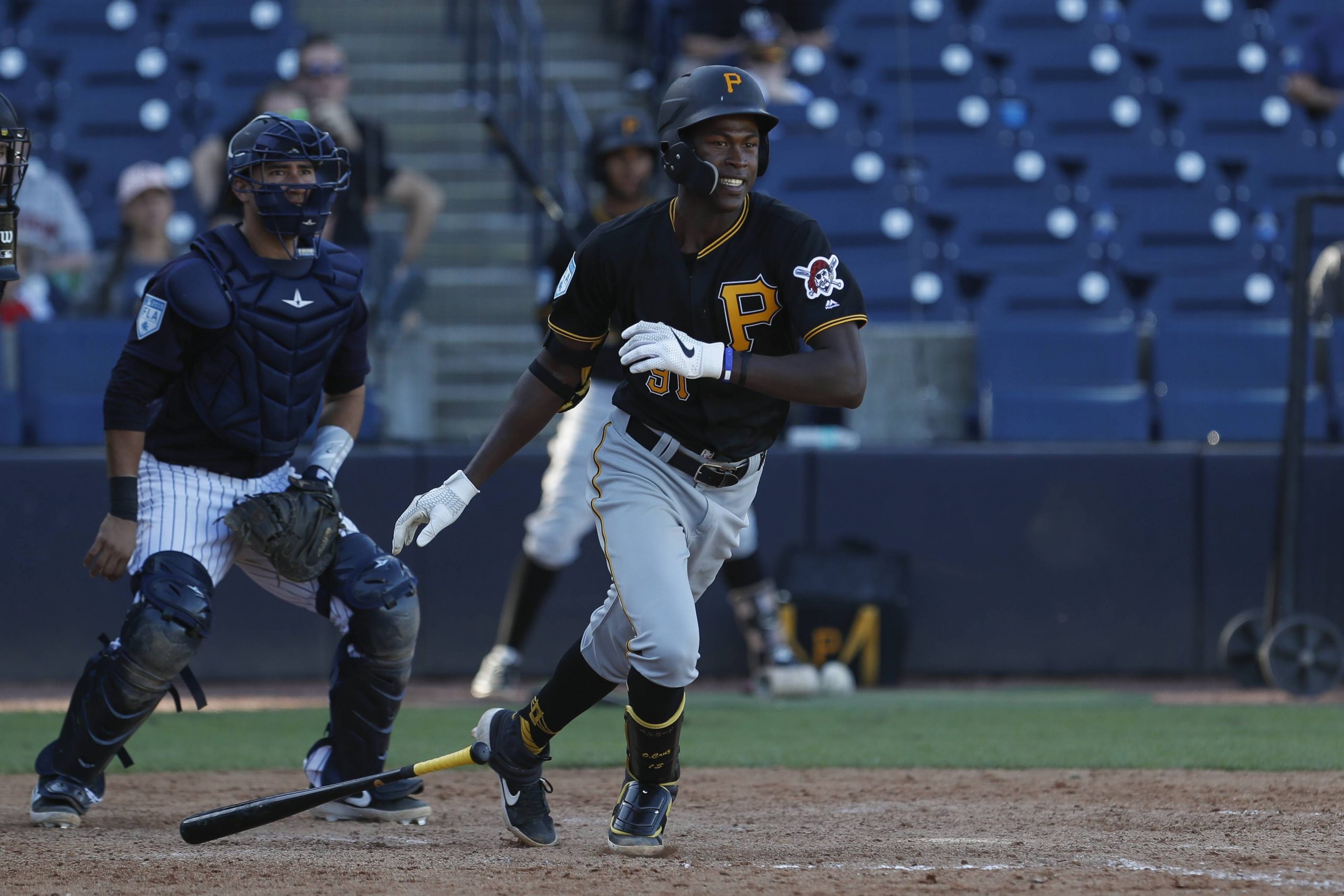 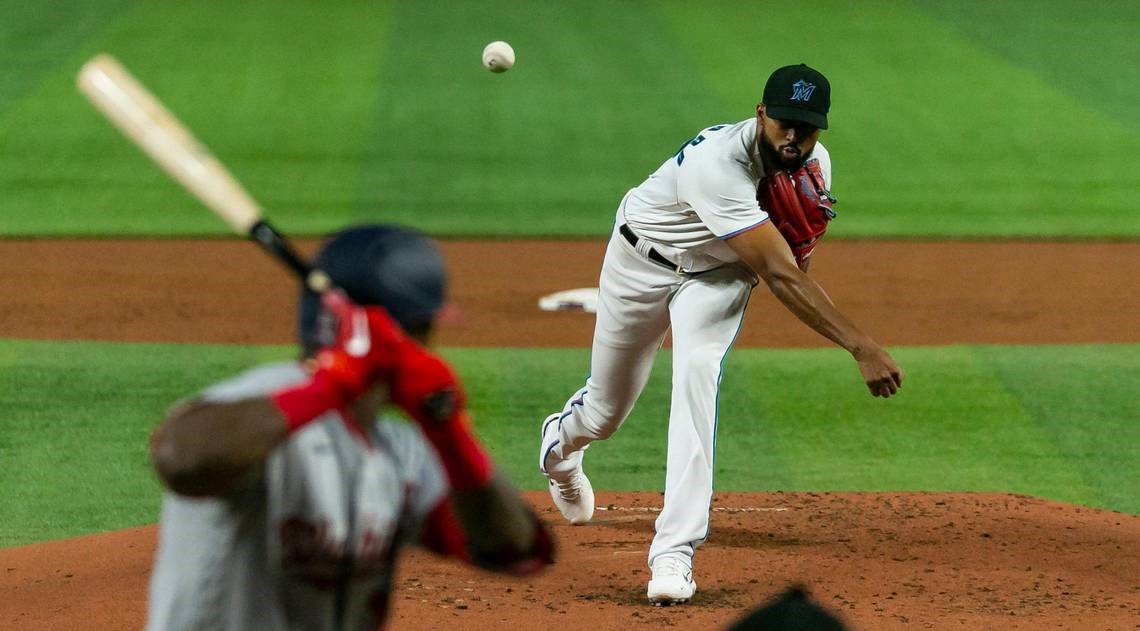