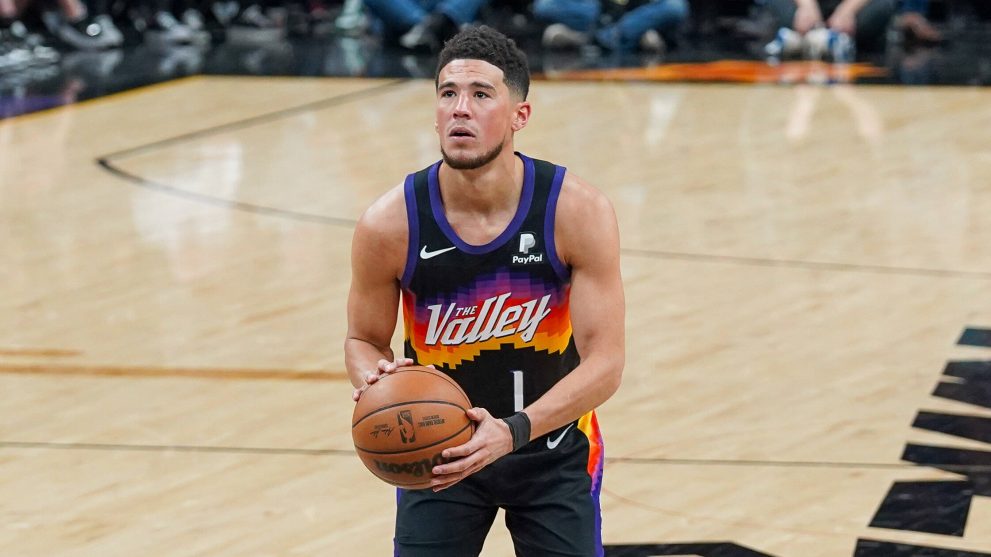 Devin Booker stood up from his seat on the bench and faced his teammates.

Booker had just buried a 3-pointer to give the Phoenix Suns an 11-point lead over the Dallas Mavericks Tuesday, but now he had something to say.

Even from a press row seat at least 50 feet above the floor, Booker’s passion was evident. He gestured with his hands and implored with his voice.

It was impossible to hear what he said, but easy to imagine:

This game is ours! Let’s bury these guys!

Possibly, of course, with a few four-letter words thrown in for good measure.

Phoenix’s 110-80 victory over Dallas in Game 5 of the Western Conference semifinals reminded us all of something we often forget:

This is Booker’s team.

With 28 points on Tuesday, Devin Booker joined Charles Barkley as the only Suns players with 800 points in their 1st 30 career playoff games. pic.twitter.com/ldRghHDIL2

Chris Paul may be the Point God, Mikal Bridges is the quintessential 3-and-D wing, and Deandre Ayton, for all of his frustrating moments — did you see how he turned away from an easy dunk in the second quarter? — is one of the best bigs in the NBA.

But it’s Booker’s talent, determination and intensity that drives these Suns. When he seizes the moment like he did Tuesday — finishing with 28 points on 11 of 20 shooting, along with seven rebounds — he can carry a team like few others around the league.

But it’s not just the pure jump shot, the ability to get to his spots or the old-school mid-range game that makes Booker so special. It’s his unquenching desire to be great.

Devin Booker called it the "Luka Special" after getting fouled and lying on the floor pic.twitter.com/Y78CSggDAH

The Suns won a combined 87 games in Booker’s first four seasons in the league. He could have dropped his head and wanted out.

But even as the losses piled up and Phoenix became a laughingstock, Booker was preparing himself. He was the kid in the driveway, picturing himself, as the clock wound down, taking the shot that won the NBA title.

“This is just what I’ve been preparing for, even those seasons we didn’t make (the playoffs),” Booker said. “I sat there and took that anger to the gym and just imagined myself in those situations.”

Booker recently commented that the Suns are on a “revenge tour” after blowing a 2-0 lead in the NBA Finals against Milwaukee last season. It was a verbal slip-up — coach Monty Williams has stressed to stay in the moment — but it was a revealing peek into Booker’s psyche.

Booker has longed to be the Suns’ Michael Jordan and Kobe Bryant. He doesn’t shy away from the responsibility or the pressure. He welcomes it. He has a painting in his house of Jordan and his quote about wanting to take the last shot:

“I’ve missed more than 9,000 shots in my career,” Jordan said. “I’ve lost almost 300 games. 26 times I’ve been trusted to take the game-winning shot and missed. I’ve failed over and over and over again in my life.”

“I look at it every day,” Booker said in 2017. “That’s the true meaning of being a leader, being able to deal with the consequences and take the responsibility for it. That’s who I want to be. I want it on me.”

Former Suns coach Earl Watson said he noticed Booker’s willingness to be “the guy” as far back as his second season in the league.

“What stands out differently about him is that when you get in that huddle and there’s a big shot that needs to be taken a lot of guys put their head down. They don’t want to make eye contact with the coach,” Watson told me. “We get in the huddle and the most difficult thing for me is I have two guys who always stare at me. (Eric) Bledsoe and Booker. It’s rare to have that in such a young player.”

So, when Paul had another strangely quiet night offensively — he took eight shots and scored seven points — and Ayton was playing soft, and Jae Crowder was in foul trouble it was Booker who took over.

With the Suns nursing a 49-48 lead early in the third quarter he made a driving layup … and buried a 25-foot 3-pointer … and followed with a pull-up 27-foot 3-pointer that gave Phoenix a 61-50 lead, sent the crowd into a frenzy and led to Booker standing in front of his teammates, in full throat and full control.

“Book has shot-making ability that’s unique to very few people,” Williams said. “In those moments when we need him to settle us down sometimes it’s scoring that can settle you down. It allows you to set your defense and you’re not turning the ball over.”

The Suns still have work to do this series. They dominated the Mavericks in Games 1 and 2, only to back off and fall apart the next two games in Dallas. They could do the same thing on Thursday, setting up a nervy Game 7.

But Booker was built for this. The moment won’t get to him.

It will only embolden him. 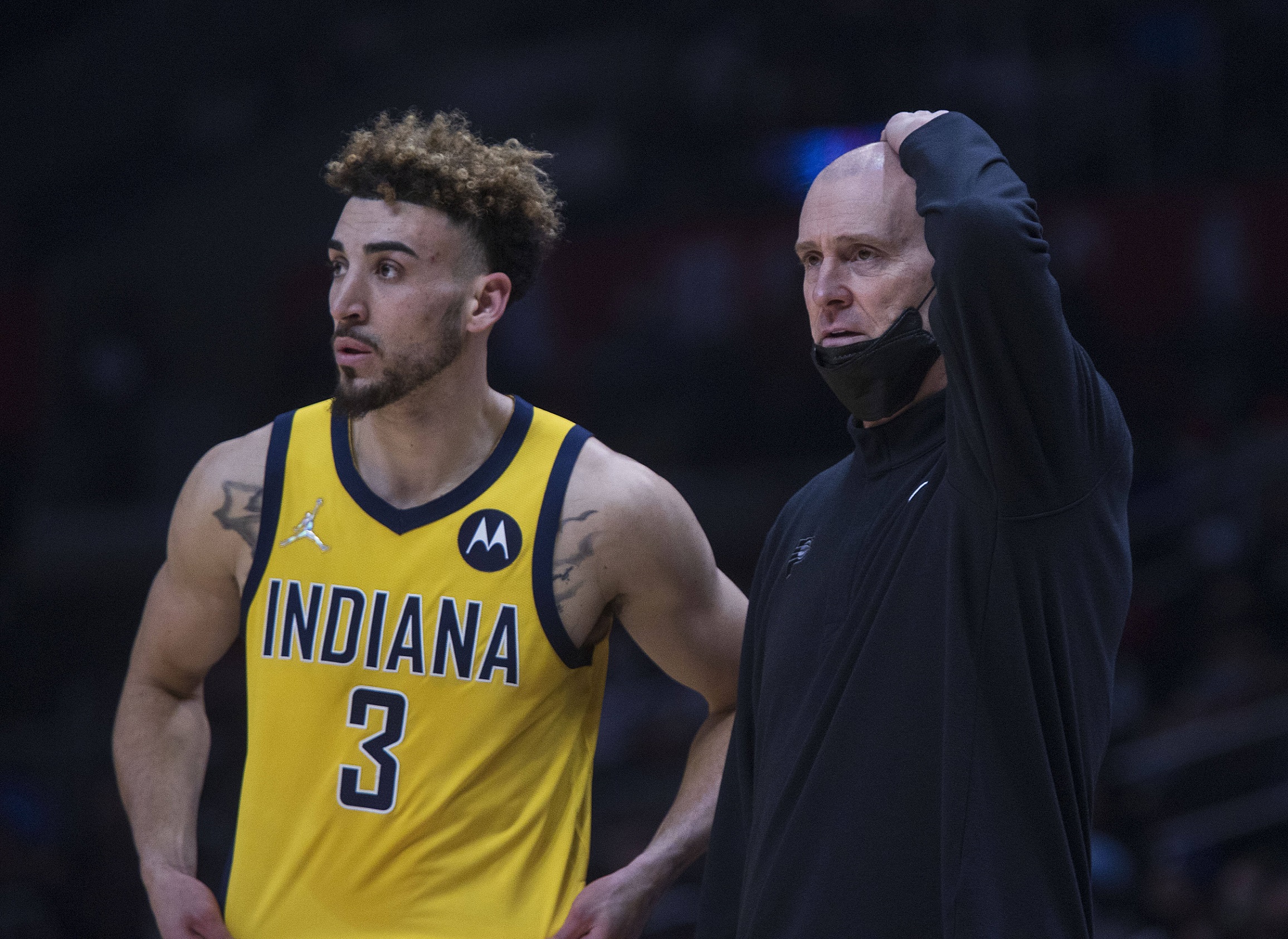 Kevin Pritchard: Pacers Have ‘Incredible Amount of Optionality’ This Offseason 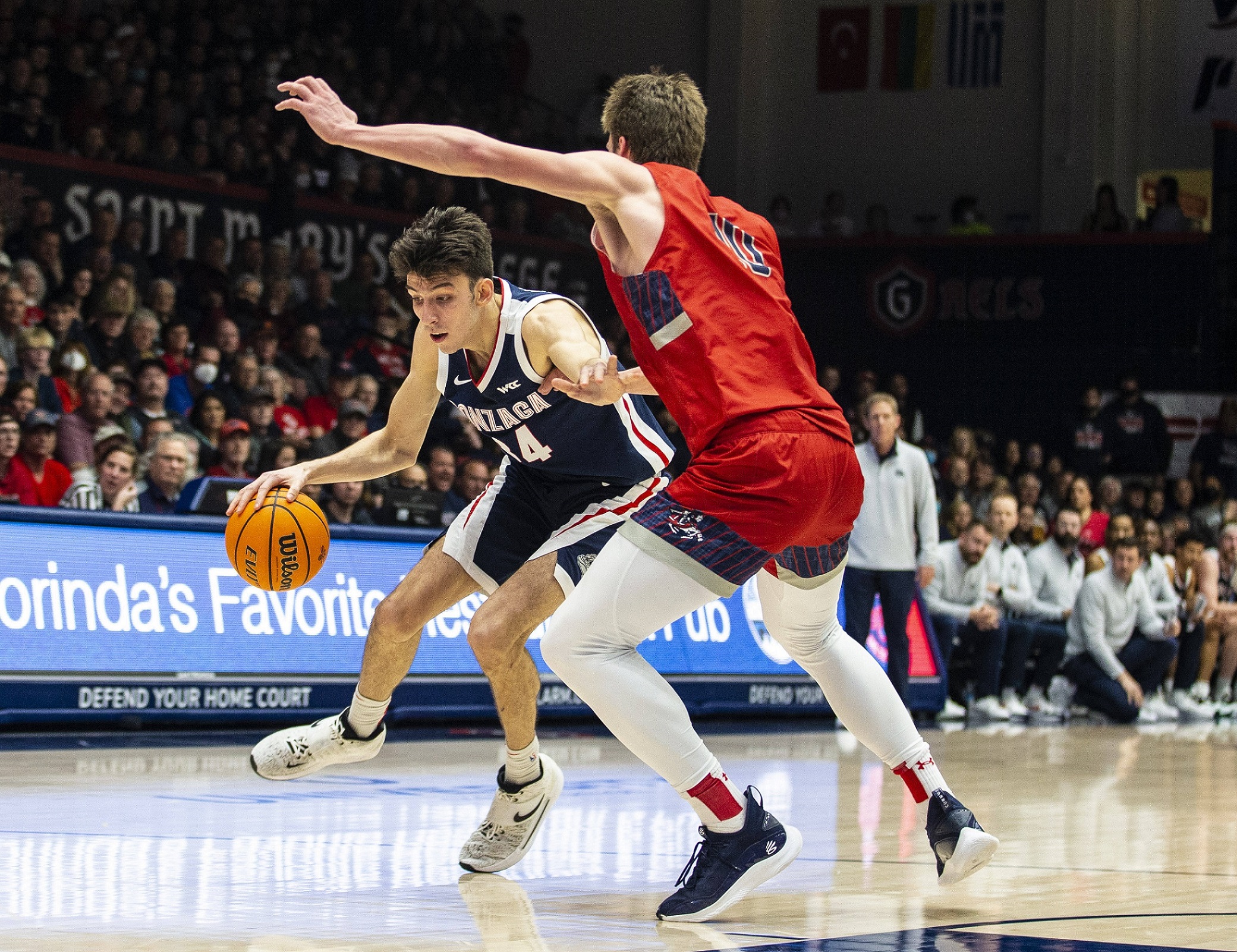