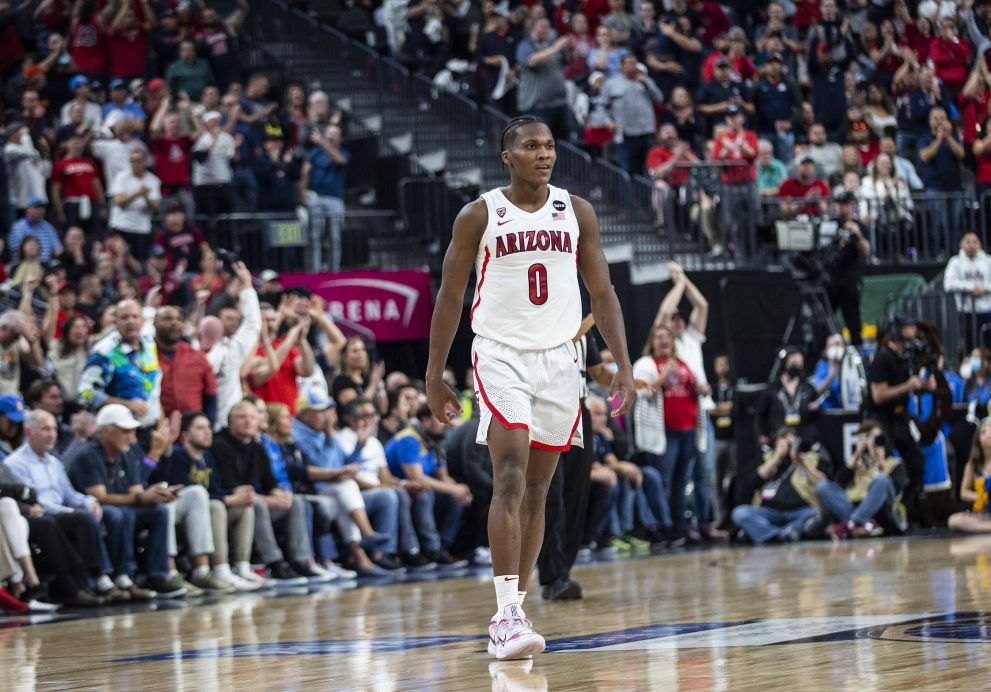 The San Antonio Spurs are entering the long-awaited NBA Draft cycle as they prepare to make their third lottery pick in as many years. While they desperately need a versatile forward to address the gaps in their rotation, general manager Brian Wright shouldn’t be married to targeting positional needs when their roster lacks top-end talents outside of Dejounte Murray and Keldon Johnson.

Gregg Popovich and the front office added Devin Vassell, Tre Jones, Josh Primo, and Joe Wieskamp in back-to-back drafts, but there is a legitimate chance they could continue bolstering their crowded backcourt. Shaedon Sharpe, Bennedict Mathurin, and Johnny Davis are all worth consideration in the back-end of the lottery. So why don’t we break down and rank each prospect as the Draft Combine approaches?

Johnny Davis bloomed into a scoring juggernaut for a Wisconsin program that exceeded expectations this season, and his massive rise across draft boards has been well-deserved. The 20-year-old swingman was fantastic as a pick-and-roll ball-handler, working at a methodical pace to get to the elbows before rising into midrange jumpers.

The six-five guard self-created 71.4% of his offense during his second go-round in Madison, getting to his spots almost at will. Despite lacking high-end athleticism, Davis used his tight handle, physicality, deceleration, and side-steps to generate space. And he ranked 33rd in free throw attempts because of a willingness to welcome contact.

Johnny Davis just does some stuff on the court that is absolutely special. So shifty with his ability to get through traffic, strong footwork. Has the arsenal to be a lethal weapon.

The outside shot will come. Tough shot maker with creation ability. #NBADraft pic.twitter.com/No7w9dIdk2

For all his prowess as a walking bucket, Davis had a glaringly scant assist total for a player with a usage rate on par with Trae Young. He was a solid passer when looking for teammates but missed simple reads, dribbled the air out of the ball, and opted for contested shots. Those habits, alongside limited shooting range, raise questions about his scalability.

On the other side of the court, Davis was engaged both on and off-ball, a promising sign from a player carrying such an immense offensive load. He consistently bothered dribble handoffs, displayed excellent anticipation in the passing lanes, and navigated screens well to deny shooters. Although his closeouts can be reckless, there isn’t much worth nitpicking.

The high-motor sophomore also embraced the challenge of guarding the best perimeter player on most nights and hardly committed any fouls. He excelled at cutting off drivers by using his chest to absorb bumps, sliding his feet, keeping his hands up, and forcing opponents into tough shots or kick-outs. Expect him to defend 2-3 competently in the NBA.

Bennedict Mathurin also experienced a dramatic spike in draft stock during his sophomore season, establishing himself as the undeniable best player for a number one seed in the NCAA Tournament. He expanded his scoring arsenal without sacrificing much efficiency, displaying valuable NBA traits that made his return to Arizona well worthwhile.

Shooting versatility is the first thing that pops when watching tape on the six-six swingman. Mathurin can knock down threes as a trailer, off DHOs, running around screens, moving away from the basket, or as a catch-and-shoot threat. He doesn’t have the quickest motion, but his elevation, high release, and length make it difficult for defenders to contest.

What a stretch from Bennedict Mathurin. Knocks down 3s on back-to-back possession and had a nice rotation for a block in between. Also need to give credit for Kerr Kriisa for the two nice passes pic.twitter.com/WCZyXuM2db

Mathurin is a slippery cutter with explosive two-footed leaping ability who can operate as a lob target. He can leverage his marksmanship into drives when defenders run him off the line, though he is still developing on-ball. His handle is loose, and his shot selection and passing are iffy, but there were enough flashes to warrant a long-term investment in these skills.

The 19-year-old is a reliable man-to-man and off-ball defender with the physical tools to contain guards and smaller wings. He has the hand-eye coordination to pickpocket ball handlers, the length to disrupt handoffs, and the anticipation to play the passing lanes. Mathurin also made timely weakside rotations to provide some secondary rim protection.

Though the Canadian guard has a stable foundation, there is still room for improvement. He can be flat-footed on closeouts, stand too upright on the perimeter, and commit ridiculous shooting fouls beyond the arc. And while he showed a talent for cutting off drives, stronger players can bowl through him since he isn’t a particularly physical stopper.

Shaedon Sharpe is the highest risk-reward prospect among this trio. The 18-year-old was unranked across the major recruiting networks a couple of years ago before claiming the top spot in the class of 2022 with stellar showings for UPLAY Canada in the EYBL. He graduated early, reclassified, and committed to Kentucky, never playing a single minute.

Sharpe started his junior season at Dream City Christian as an exceptional cutter, play-finisher, and lob target but transformed into an absurd two-level scorer off the bounce during the summer. He refined his handle and smoothed jumper, draining 36.1% of his 6.9 three-point attempts per game on step-backs, side-steps, and one-two dribble pull-ups.

Brief look at Shaedon Sharpe if you haven't seen him before.

That mixture of off-ball utility, high-volume self-creation, and elite vertical athleticism has front offices excited, but he still has gaps in his game. The dribbling package must become more dynamic. His stunning lack of burst, coupled with rudimentary court vision, often leaves him susceptible to ill-advised shots. And his in-between stuff needs polishing.

Defensively, there isn’t any delicate way to phrase this. Shaedon is almost entirely a negative or nonfactor at this stage. The teenage two-guard has the athletic gifts to become an asset, but the effort and attention to detail are hit-or-miss. He doesn’t navigate screens well, he routinely fails to stay seated in a defensive stance, and he can get lost in space.

Flashy chase-down blocks and outstanding instincts in the passing lanes highlight his explosiveness. But honest organizations are drafting Sharpe with dreams of him developing into a scoring machine in the NBA. Though it would be great if he is functional on the other end of the court, defense probably won’t be his strong suit at the next level.

Draftkings
Our score 81%
Get Up To $1000 Bonus
Claim Bonus
New Customer Offer A customer's first deposit (min. $5) qualifies the user to receive up to $1,000 in bonus funds in the form of site credits that can only be used on DraftKings. Bonus amount is equal to 20% of that deposit amount, not to exceed $1,000 (the customer must deposit $5,000 to be eligible to receive the maximum possible bonus amount of $1,000). Bonus funds will be awarded to the user according to the following play-through requirement: for every $25 played on DraftKings in DFS/Sportsbook/Casino, the user will receive $1 in bonus funds released into their customer account 21+. Full T&Cs apply. Please gamble responsibly. 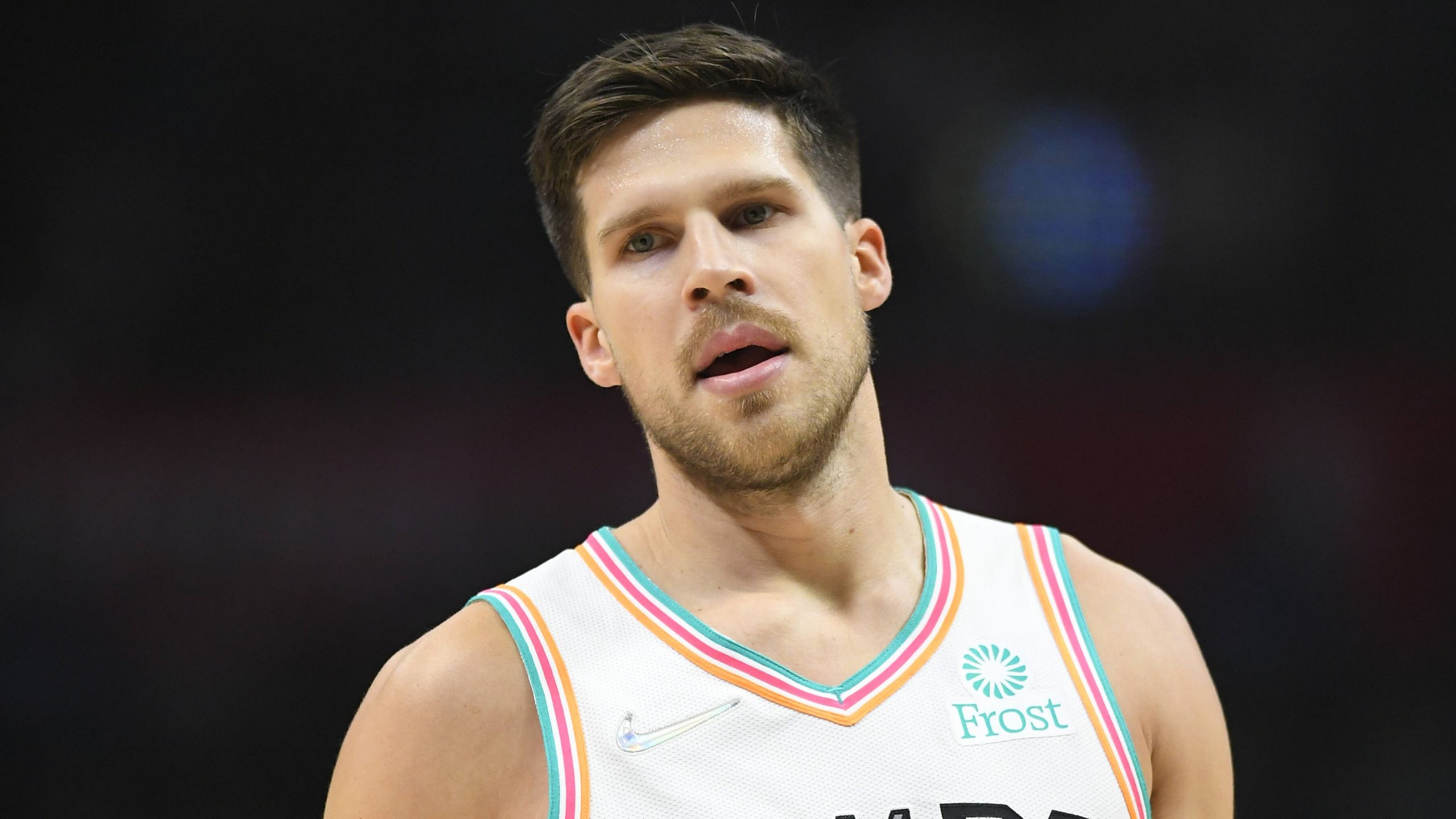 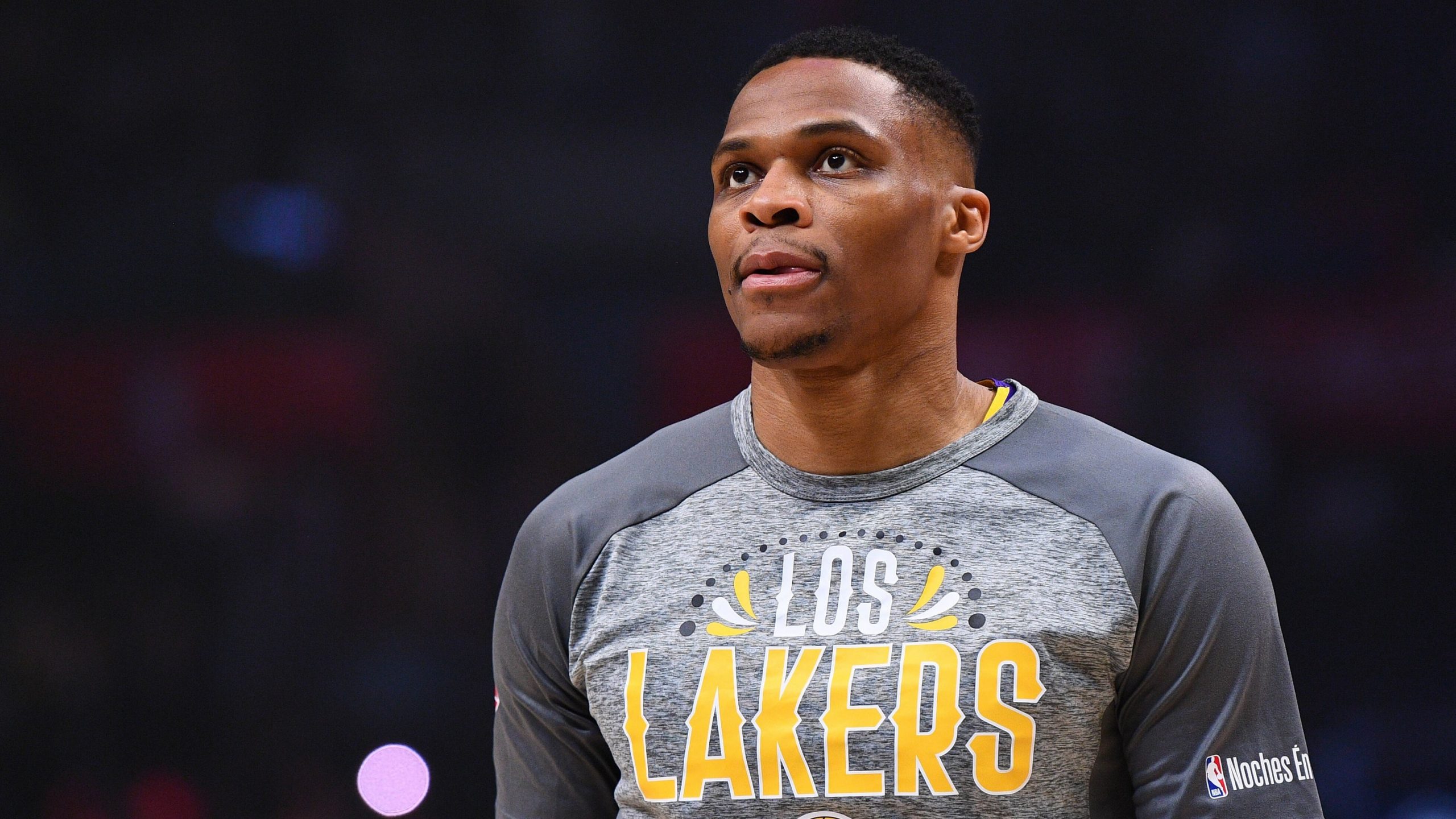 The Spurs Should Be Interested in Trading for Russell Westbrook