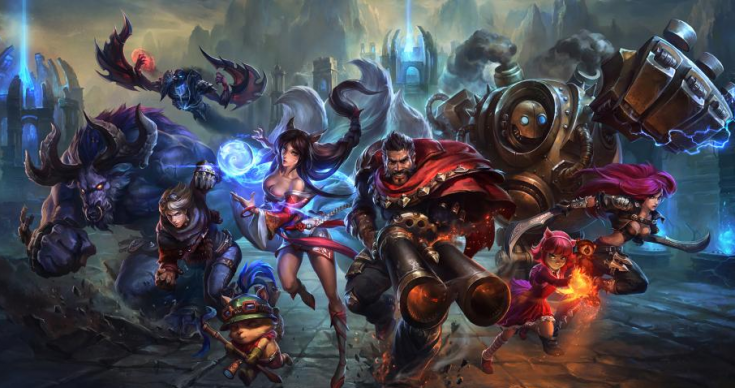 🏆 View Top Sites →
Looking for your best bet for the next CS:GO tournament? We’ve got an awesome line up of the top esports online betting sites. Sign up to claim your exclusive welcome bonus today!
By Daniel Bennett 📅 Updated 20th May 2021

With a prize pool of a whopping $1,000,000 on offer at CS:GO’s Boston 2018 major tournament, there’s a huge amount of money to be won by the world’s best CS:GO esports players. Fancy getting in on the action? Each CS:GO tournament provides punters with a huge number of betting opportunities, so you’ll have the chance to win big too! Not sure where to start? Our beginner’s guide to betting on CS:GO is sure to bring you up to speed in no time.

Counter-Strike: Global Offensive (CS:GO) is a first-person shooter esports game, developed by Hidden Path Entertainment in association with Valve Corporation. The game has sold more than 40 million copies and is today one of the most popular esports titles in the world.

There are a number of major tournaments organised each year. Competitions like the ELEAGUE Major, StarLadder i-League StarSeries and Intel Extreme Masters XII World Championship attract the CS:GO community’s biggest and best pro players. With so many events throughout the year, it’s safe to say you’ll never struggle to find a CS:GO betting opportunity.

Many bettors head straight for the bookies favourites when placing esports bets. There are certain teams and players to keep an eye out for. Teams such as SK Gaming, FaZe Clan, Fnatic, Astralis and Mousesports rank among the world’s best, while Marcelo “coldzera” David, Finn “karrigan” Andersen, Christopher “GeT_RiGhT” Alesund, Oleksandr “s1mple” Kostyliev and Kenny “kennyS” Schrub make up the list of the top CS:GO players.

While you may manage to win more often than not when backing these odds on favourites, it’s always a good idea to run through some key statistics before placing your bets. Looking for a nudge in the right direction? Take a look at the head-to-head records, recent form and overall win records. While you’re never guaranteed to win just because you’ve done your homework, many believe that these statistics are a great indicator of future performance.

If you’ve figured out who to back at the bookies, it’s time to check out the betting options available to you. Let’s take a look at the most popular CS:GO betting markets:

How to play CS:GO

The very best esports players have spent thousands of hours mastering the game and gaining a deep understanding of its components. Becoming a successful CS:GO bettor won’t require you to do the same, but it’s definitely a good idea to develop a basic understanding of how the game is played. Let’s take a closer look.

Counter-Strike: Global Offensive is a multiplayer first-person shooter contested by two teams, with give players on each side. The two adversary lineups –the Terrorists and the Counter-Terrorists– confront each other on a given map over a series of 16-30 rounds (plus overtime rounds if the score is tied at the end).

At the start of each round the teams spawn in separate and predetermined map locations. Players are locked in place for 15 seconds and during this time they can buy equipment and weapons. They can also exchange weapons with their teammates, so if one player has funds to spare, he can buy weapons for multiple members of his team. One player from the Terrorists team receives a bomb which needs to be planted in one of two areas (marked A and B respectively on the map). After the bomb is planted, the Terrorists have to prevent the Counter-Terrorists from defusing it.

Each round lasts for 2 minutes and 10 seconds or until one of the teams reaches a win condition. For Terrorists, killing the entire enemy team or planting the bomb and having it explode are the two win-conditions available. For Counter-Terrorists, defusing the bomb (once it has been planted) or killing the entire enemy team (if the bomb hasn’t been planted) are the two ways of winning. If none of these conditions is reached during the round’s regular time, the Counter-Terrorists win by default.

Players are rewarded with money every time they kill an enemy, win a round or lose a round. Of course, winning a round grants a much bigger reward than losing it, so the team that wins a round will have a money advantage going into the next one. This usually translates into better weapons and equipment. Money can be gathered from one round to the next, up to a maximum of $16,000 per player.

By default, each player receives a pistol at the start of each round. Purchasing an upgrade will come at a cost. After the first 15 rounds, the two teams swap sides (Counter-Terrorists become Terrorists and vice versa), all equipment is lost and balances are reset to their default value of $800. The first team to reach 16 round victories wins the game.

Now that you’re all clued up on CS:GO, you’re probably ready to have a punt on the next big tournament! Looking for a top bookie? Check out our list for the very best esports betting sites on the market. It’s packed full of the best bonuses, markets and promos available online. Simply compare, sign up and place your bets!

Unikrn
Bet £25, Play With £75
Sign Up + Bet
New Customer Offer Make a first deposit of £25 and power up with £50 in Bonus Bets. Your Bonus Bet Balance may be bet in any number of single bets of £5 or more on any market eligible for a Bonus Bet. Bonus Bets cannot be used to place accumulator or exotic/novelty bets, to bet on markets not eligible for a Bonus Bet (e.g. promotional markets) or to bet on all contingencies of a 2 or 3 contingency market. 18+. Full T&Cs apply. Please gamble responsibly. begambleaware.org

Can I watch livestreams CS:GO tournaments?

Most of CS:GO’s major tournaments are available to watch online through live streaming sites such as Twitch, MLG and Youtube. These streams are free to watch and are a great way of tracking the progress of your bets and identifying in-play betting opportunities.

How can i claim my betting bonus at the top esports bookies?

First, you’ll need to pick out a favourite esports bookie from our carefully curated list. Once you’ve identified the perfect match for you, follow our link to sign up and become eligible for your exclusive esports welcome bonus. Unless stated otherwise, you’ll simply be required to make your first deposit in order for your welcome bonus to be credited to your account. This happens almost instantly.

Can I bet on CS:GO in-play?

Yes. The best esports bookmakers provide betting markets even once the match is underway. You’ll be able to choose from live CS:GO markets such as match winner, map winner and pistol round winner.

Where can I find the best odds for upcoming CS:GO tournaments?

We’ve compiled a list of the best esports betting sites available online today. Of course, the odds on offer are what often makes or breaks a sportsbook, so we’ve only picked out bookies with the very best odds. Amongst these top bookies, you won’t find too much variation in price, as they attempt to price competitively.

When should I place my pre-match CS:GO bets?

The timing of your bets can make a big difference to your final payout, should you land a winner. Odds change in the run up to an event, based on the latest information surrounding it. While some seek an advantage by placing bets weeks in advance, while there’s little information available to bookmakers, most punters wait for the most up-to-date information to become available before hitting the bookies. It essentially comes down to preference – it’s impossible to predict how the odds will change in the run up to an event.

Daniel Bennett daniel@compare.bet
Daniel Bennett daniel@compare.bet
Daniel is the editor-in-chief at Compare.bet. He has half a decade of experience writing on topics including sports betting, online casino and the NBA. Daniel also covers Premier League football for The Warm-Up and has interviewed Louis Saha, Richard Dunne and Gary Pallister. In his spare time, Daniel enjoys film photography and making Spotify playlists.
Privacy & cookie notice Just so you know, this site uses cookies to give you the best possible experience. Close