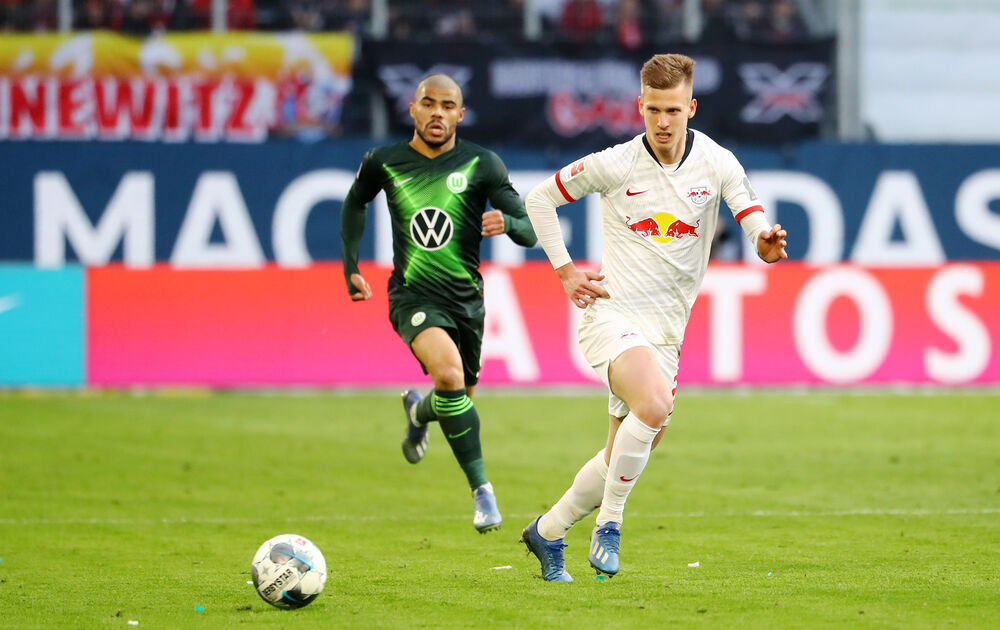 Dani Olmo’s phone pinged. He didn’t need to look, he already knew who it was.

The message was from his youth coach at Barcelona. Olmo had already informed the club that he would be leaving, but through a haze of hubris, they simply didn’t believe him.

“Barcelona refused to accept that Dani had left them, let alone joined Dinamo,” Andy Bara, a Croatian agent that helped broker Olmo’s move to Dinamo Zagreb told the Guardian last year. “They constantly sent him messages saying ‘Where have you gone?’ and ‘What have you done?’”

There is no denying Olmo’s path was not only unique but fraught with risk. He was leaving the warm embrace of Barcelona. He was part of a talented generation that included the likes of Carles Alena, Carles Perez, and Marc Cucurella.

“He was very good that season with me,” says Denis Silva Puig, who trained Olmo at La Masia during the 2010-11 season. “He was a typical forward, a very good finisher. He scored goals in every age category, and, of course, as a forward, it’s the first thing you notice about him—he has always scored a lot of goals. He understood space well, so he could find room to score. He’s a natural-born goalscorer.”

It is worth noting, however, that those aforementioned teammates are not currently playing for Barcelona. Alena, Perez, and Cucurella are on loan at Real Betis, Roma, and Getafe, respectively, and while the best names to emerge from the halls of La Masia are known globally, in recent years the production line has slowed, with Ansu Fati representing a rare exception.

Olmo’s father, Miquel, knew this all too well. Miquel was born in Barcelona and after a career playing in the lower leagues was working as a coach at one of the club’s camps when he first met Bara. As Aleksander Holiga wrote for the Guardian last year.

“They [the Olmo’s] had so little faith in the club that they would rather venture into the unknown, making a fresh start in a completely foreign and unglamorous football culture, than stay where Dani had already established himself as one of the leading talents.”

And so they did. Olmo joined Dinamo in July 2014, but even that did not convince Barcelona he had left. “Leave out the nonsense, Dani,” his coach told him. “The Monday practice starts at 10.”

Olmo never arrived for training. Some close to the club have intimated he dropped down the pecking order Barcelona by the time he left, eclipsed by the presence of two South Korean players: winger Kyeol-heui Jang and centre-forward Lee Seung-woo. Even if that were the case there will no doubt be a sense of frustration that his talent could not have been nurtured at Barcelona and either used in the first team or sold on for profit.

The notion of Barcelona losing prized youngsters is nothing new, of course. Cesc Fabregas is perhaps the most well-known case. The midfielder relocated to North London in 2003 to be part of Arsene Wenger’s plans. Gerard Pique did the same a year later, and more recently, Manchester City prized Eric Garcia away from La Masia.

What makes Olmo’s situation unique is where he landed. Dinamo is not a modern powerhouse of European football. Domestically, the team is the most successful in Croatia, but in the Champions League, the club have never gone further than the stages (when the competition had two group stages they did advance past the first).

While European success has not been present since the 1960s, Dinamo have helped nurture some of Croatia’s finest talents. Luka Modric and Mateo Kovacic are perhaps two of the most well known, and it was that track record that convinced the Olmo family that this was the right move for Dani.

That said, while one might expect a talented prospect from Barcelona moving to Dinamo to drag a lot of attention and chatter behind him, that was not the case with Olmo.

“A lot of Dinamo Zagreb’s fans hadn’t heard of Dani Olmo up until his debut in the first team,” says Juraj Vrdoljak, a journalist with Croatian website Telesport. “He was in the reserves, but people within the club quickly realised that he was mature as a player and he had to be given a chance in the first team.

Despite making his top-flight debut at sixteen, Olmo would split his early years between the club’s first and second teams. Progress was slow but steady. By the end of the 2016/2017 campaign, he had a goal and five assists to show for 830 minutes in the league, which was the perfect preparation ahead of his breakout season in 2017/2018.

That year Olmo showed why so many now admire him. His blend of pace, skill, and creativity saw him record eight goals and six assists in 26 games. While he operated predominantly on the left, he also spent time on the right-wing, as well as in a central role behind the striker. His ability to operate in tight spaces hinted subtly at the benefit of his time in Barcelona, while his decision making was impressive for someone so young.

In 2018/2019 he played 500 fewer minutes, but still managed eight goals and three assists while also recording two goals and four assists in the Europa League. It was during that same season — in October 2018 — that he made his debut for Spain’s U21s, and five days later notched an assist during a 7-2 demolition of Iceland.

By now, clubs were beginning to take notice and a stellar showing at the U21 Championships in Italy saw Olmo collect a winners’ medal. The question now was when not if, he would move to one of Europe’s top leagues. Initially, Dinamo priced him out of a move by demanding €40million. The record for an outgoing transfer from Croatia rests with Marko Pjaca and his €23million move to Juventus. Even Modric, who moved to Tottenham Hotspur in 2008, only commanded £30million.

For a long time, the only bid that arrived was from Borussia Monchengladbach. Their €20 million offer was rejected by Dinamo, and while a somewhat romantic return to Barcelona was floated, it was promptly shot down by those close to the situation.

The speculation surrounding Olmo’s future ended late last month, however, when he was officially unveiled as an RB Leipzig player. The deal came in at an initial €20million and includes bonuses and a 20 per cent sell-on clause.

“Dani didn’t want to go to Italy or England,” Zoran Mamic, Dinamo’s sporting director, told Sportske Novosti. “He insisted on Leipzig. If we had had more time, he would have ended up at Bayern. We could certainly have got more out of the deal, but it wasn’t just our decision. We could have said to Dani that we didn’t accept the offer from Leipzig, but that wouldn’t have been fair to him.”

And while it represents a big moment for Olmo, some are predicting his move will be a game-changer for Leipzig as well.

“I think that this move is what the Spaniards would call a “golpe sobre la mesa” for RB Leipzig,” Zach Lowy, founder of Breaking The Lines, told Compare.bet news. “It’s a move that establishes them as not merely a tier 2 selling club, but a club that aims to compete for domestic and continental dominance, and that also aims to be self-sustaining.

To beat out the likes of Barcelona and Bayern for Dani Olmo represents a real confirmation of the Leipzig strategy, as well as a vindication of Julian Nagelsmann’s work developing talent. It’s even more significant than when they managed to tie Timo Werner down to a contract extension despite Bayern’s interest.”

Such ambition could make for a fascinating title race in Germany this season, but if Olmo is to deliver on his potential he will need to refine his game in the coming months and years.

“When Olmo left La Masia, he was a quick winger who could dribble and thrive in counter-attacking scenarios,” Lowy added. “But he’s since developed into more of an attacking midfielder. If there’s anything he could improve, I think it would be his goals. He’s such a creative player who can also make cutting runs into the box, but if he refines his finishing, he’ll be world-class.”

Olmo has taken the scenic route to success, but the hope now is that his patience will be rewarded and his phone will be full of messages of congratulations, and not those wishing to know his whereabouts.