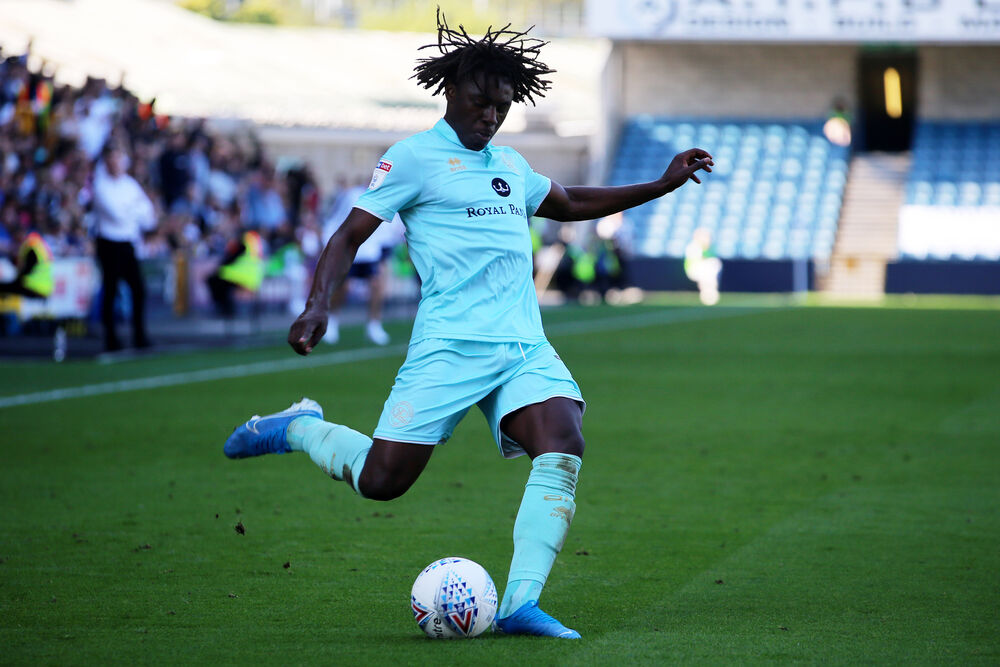 The Championship was once overlooked by top Premier League clubs looking to bring in fresh faces. In the transfer market, the allure of foreign talent from Europe’s premier clubs was usually too strong to resist, and often seen as a safer option. However, in recent years, England’s elite has unearthed a wealth of talent from the nation’s second tier. The likes of Andy Robertson, James Maddison and Harry Maguire have all established themselves as fixtures in their respective clubs’ starting elevens.

With the Championship’s best talents now well and truly on the radar of the Premier League’s top scouts, it’s only a matter of time before the next player makes the jump. One player tipped to move in the transfer window is Queens Park Rangers’ 21-year-old midfielder, Ebere Eze.

Over three years after his arrival at the West London club, Eze is now one of the first names on the team sheet in his first full season with the club. He has started all 26 Championship fixtures this campaign, with QPR just five points away from a playoff position. His now inevitable ascent to England’s top flight hasn’t always seemed so certain, however. In 2016, Eze was released from Millwall’s youth setup, with his slight frame and attacking flair not fitting into the physical, route-one style of football being harnessed with the Lions.

“It took me by surprise, but ultimately it was a blessing in disguise.”@QPR youngster Ebere Eze opens up to talkSPORT about Millwall rejection, criticism from fans and Steve McClaren's sackinghttps://t.co/X6aLJCySge

After a string of unsuccessful trials, Eze considered leaving the game. He told talkSPORT: “I was thinking about plan B and potentially going to university or college.” However, technical director Chris Ramsey invited Eze in for a trial period, in which he impressed enough for the club to offer him a contract.

Paul Hall, QPR under-23s coach added: “Ebere was going to start working part-time in Tesco when we first asked him to come in on trial.

After netting nine goals in 14 starts for the club’s Elite Development squad, Eze was rewarded with a new contract in January 2017. Then manager  Ian Holloway decided that the next step for Ebere Eze was to gain professional experience in the Football League. It was crucial that the youngster was placed in the right hands, and who better to take Eze on loan than a former QPR fan-favourite – Gareth Ainsworth, manager of Wycome Wanderers.

Ainsworth had instilled an entertaining, attacking style with Wycombe Wanderers and it was there that Ebere Eze really announced himself on the professional scene. Eze featured 22 times for the Chairboys and scored five goals in his six months with the League Two side.

Speaking to the Bucks Free Press, Ainsworth said: “He is a special talent… One day I am sure he will be playing at the highest level and it is fantastic for us at the moment to have him.”

Queens Park Rangers supporters watched on with envy as the promising youngster shone in the first half of the 2017/18 League Two season. It was a no-brainer for the Hoops to recall him from his loan spell in January.

Eze was eased into the first-team fold under Ian Holloway in the latter half of the 2017/18 season, featuring in 16 of 20 remaining games. starting just eight games. Holloway was dismissed at the end of a season which saw QPR finish 16th in the Championship. It was under his replacement, former England manager Steve McClaren, that Eze was truly allowed to flourish. After a summer of huge turnover in the playing staff, the former England manager signalled his intent to build a team around the 21-year-old by handing him a new three-year contract as well as the club’s famous number 10 shirt, following in the footsteps of club legends Stan Bowles and Rodney Marsh.

✍ @EbereEze10 has agreed a new three-year deal at #QPR

In his first full season in the Championship, Eze showed flashes of his huge potential, but was far from the finished product. McClaren was keen to develop his defensive skills to ensure that Eze was a more well-rounded player that could make contributions both with and without possession.

Speaking to Football.London in September 2018, McClaren said: “He’s a talent, but he can get better. I think we need to add discipline to his game, and work rate, but he’s showing that and he’s getting the rewards in the performances… He’s a talented player, but talent is nothing and you’ve got to work hard. We’ve told him that… You’ve got to be disciplined and do a job for the team.”

"What I'm pleased with is how well he's working without the ball." 👊

"There's no doubt with it, he's one of the most beautiful floaters I've ever seen." @IanOllie7 on #QPR star Eberechi Eze. ⭐️

The 2018/19 season saw Eze become a fixture in the Rangers starting lineup, scoring four goals and four assists in 37 starts. However, the midfielder was unable to lead a push up the Championship table. The club ended the season on a dismal run of one win in 15 Championship games, and McClaren was dismissed.

Eze’s improvement has been clear to see under McClaren’s successor, ex-Brentford and Rangers manager Mark Warburton. The attacker has become a consistent influence in Warbuton’s exciting, progressive brand of football.

As well as registering ten goals six assists and already this season, Eze has improved has certainly improved his efficiency in the final third. According to Wyscout, the midfielder has boasted a 80.8% pass accuracy into the final third and 78.3% accuracy when playing the ball forward this term. He also averages 2.65 progressive runs per match and has a dribble success rate of 56.9% and a shot accuracy of 48.5%.

Most successful dribbles in @SkyBetChamp this season:

Performances this season have been a marked improvement, with the 3-2 victory over Hull City at the KCOM Stadium and the recent 2-0 victory at home against Preston being examples of where Eze has taken games by the scruff of the neck, with a brace a-piece.

Eze has started rubbing shoulders with the big boys after forcing his way into the England under-21 squad, and it’s clear that the starlet is going from strength to strength. With the January transfer window now open, it’s likely that Queens Park Rangers are already fielding some calls for the youngster. There seems to be an acceptance, albeit reluctantly, that this season will be Eze’s last in the blue and white hoops, as well as his last in the Championship.

Asked about Ebere Eze’s future, Mark Warburton told West London Sport: “Every player in the world has got a price… January will be interesting.”

“If we sell one of our players it will be on QPR’s terms. Les (Ferdinand), Lee (Hoos) and the board will do whatever they think is best for the good of QPR.

“He’s a very talented boy who’s working and learning every single day – long may that continue.”

With QPR sitting 15th in the Championship, promotion to the top flight seems unlikely. For Eze on the other hand, it seems only a matter of time. With rumours of interest from Premier League clubs Sheffield United and Tottenham swirling, the midfielder could even make the leap to England’s top flight before the season’s end.