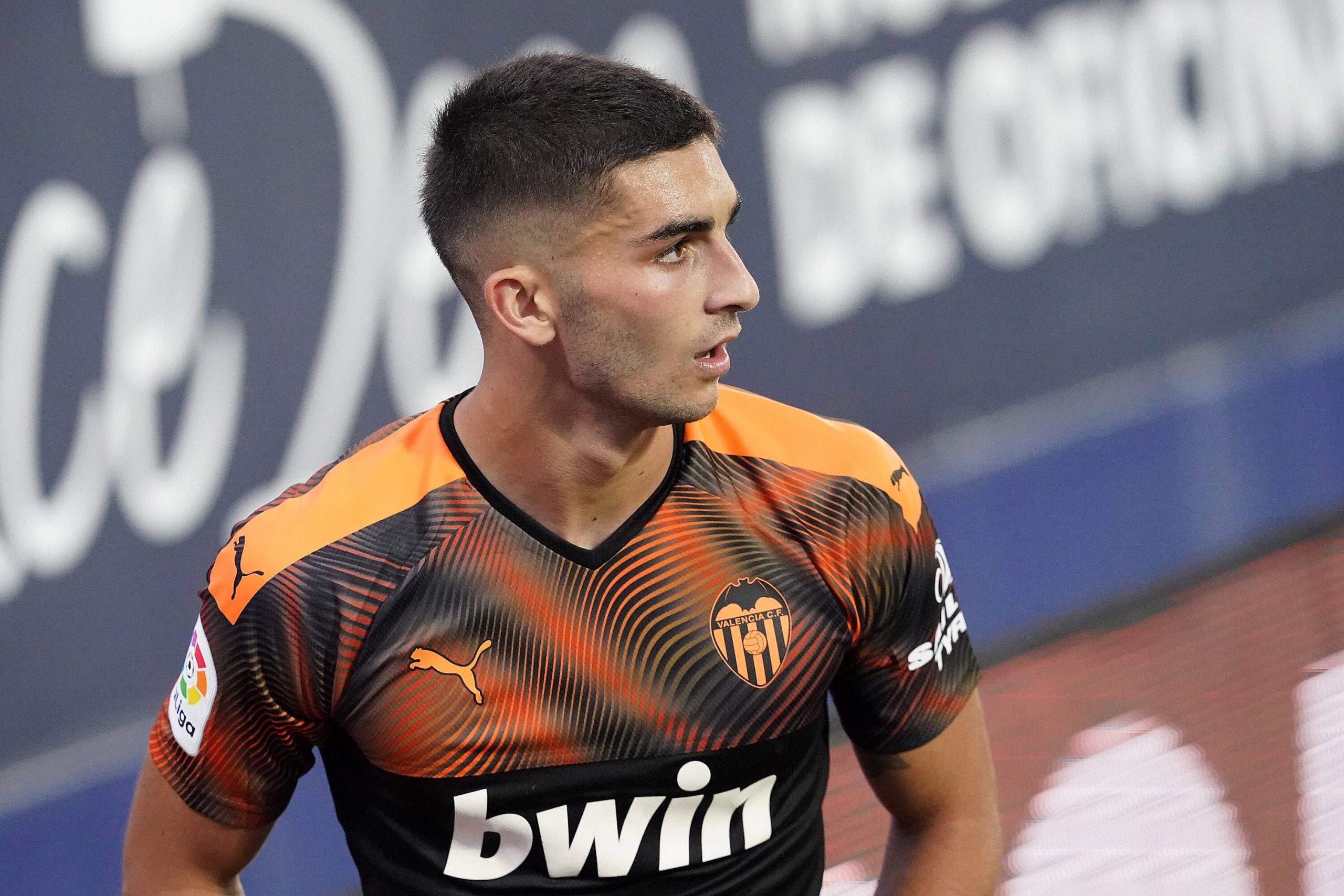 Footballers learn the game in different ways. For Ferrán Torres, his first lessons took place in front of the TV.

“The picture I have of him as a kid is of him watching TV, watching football matches, and wanting to copy everything he saw,” his sister, Arantxa, told Otro. “His favourite game at home was breaking my parents’ figurines. Ferrán and the ball, they were always side by side.”

That early education served Torres well, and by age seven he was scouted to join Valencia’s academy.

“I was just playing futsal at school with my friends, and they told me after the match that Valencia wanted me to join them for a trial,” Ferrán remembered. “It was a beautiful moment.”

By 2012, Torres was ready to transition to the Alevin squad and play 11-a-side. His rise through the club’s academy was steady, and a debut for Valencia’s B-team was only a few years away. That moment finally arrived in October 2016, when Torres replaced Gregori as a 75th-minute substitute. His progress with Valencia was matched at international level. He made his debut for Spain’s U17s a month prior, against Northern Ireland, and was part of the squad for the European Championships in May 2017.

“He’s got all he needs to reach the very top,” Santi Denia, the coach that handed Torres his Spain U17s debut said. “Speed, ability he’s the complete package technically. He is combative, but what he has above all is the pace and directness in one-on-ones that modern footballers need.”

The tournament would be an early high for Torres. Spain conquered England on penalties, but the Three Lions would get revenge five months later when the pair met again at the U17 World Cup final. Phil Foden was the star as England ran out 5-2 winners, although there was little time for Torres to feel upset as he also signed his first professional contract with Valencia that same month.

By December, Torres had made his La Liga debut for Valencia, coming off the bench against Eibar. He had already sampled first-team action in the Copa Del Rey against Real Zaragoza. A cameo in the second half allowed Torres to provide an assist for Ruben Vezo as Valencia ran out comfortable 4-1 winners.

“I’m not putting limits on myself; I’m just trying to give my best,” Torres said. “Having played in the top flight at 18 doesn’t mean much if I don’t prove my worth over several years.”

His arrival in La Liga was history-making, however, as it made Torres the first player born in this century to play in La Liga. The jersey he wore that day now hangs in his home as a special memento. He would go on to make another dozen appearances in La Liga before the season was out, operating almost exclusively on the right-wing. That was enough for Valencia to hand him a new contract until 2021, with the player’s buyout clause set at €100million.

The following campaign saw Torres further exposed to the first team. The Copa Del Rey would bring his first goal for the club, with the 20-year-old getting a regular run out in the competition. He would be unfortunate to miss out on the semi-final and final, as Valencia won the competition. Still, there was better news in La Liga. Torres played 24 times in the league, scoring twice and assisting once. His first league goal, against Celta Vigo, represented another historic achievement, as Torres became just the second player born in this century (after Real Madrid’s Vinicius Jr) to score in a La Liga match.

“It’s been a radical change getting into the first team, at the start you almost can’t believe it, but you need to take it in your stride – it’s your job,” he said. “Every youth academy player dreams about getting into the first team and putting on the Valencia shirt – even more so in our centenary year. Every day you learn something new, you’re surrounded by top players, with a coach who really believes in you and that makes you learn a lot. I’m 19, I’ve got a lot of capacity to improve, and there’s a lot I need to work on. I’m young and try to learn something new every day.”

The player was quickly acquiring admirers. Both Real Madrid and Barcelona have been credited with an interest, along with Liverpool, Tottenham Hotspur and Borussia Dortmund. As if validating their interest the 20-year-old was a key part of the Spain squad that won the European Under-19 Championship last summer. First, he scored the winning penalty against France in the semi-final, before notching a brace against Portugal in the final. Those performances paved the way for him to move up to the U21s.

Torres broke through under the guidance of Marcelino, where he would be used on the right-wing in the 54-year-old’s preferred 4-4-2. It allowed him to show off his dribbling ability and eye for a pass.

“David Villa is my idol,” Torres said. “Right now at Valencia, Guedes is a reference point for me because I play in a very similar way to him and I think he’s a brilliant player.”

Now playing under Albert Celades, the former Real Madrid and Barcelona midfielder has shown faith in Torres. Since late November the 20-year-old has enjoyed a consistent run of games in the side. It has allowed him to accrue over 2300 minutes for the first-team, with a return of five goals and six assists in 32 games.

The question now is whether Torres’ aforementioned suitors will finally pull the trigger and bid for him. The player’s contract runs out in 2021. While Valencia inserted a release clause of €100million into his deal, the fear of losing him for free may encourage the club to negotiate. Having recently turned 20, Torres may see remaining close to home in Valencia as a better idea.

“Ferrán Torres is just very fearless for his age,” Harrison said. “He plays direct with plenty of pace and 1v1 ability, isn’t afraid to take risks and drive at defenders. Good delivery from deep and the byline and has shown composure to score some impressive goals already. All he needs is consistent minutes, and to avoid injuries, the rest will come. For his age and the amount of experience he has, he’s a huge, huge prospect and should continue to take more responsibility for Valencia/Spain U21s as the months/years go by.”

If things go to plan, then Torres will no doubt emerge as one of Europe’s best attackers. And in turn, he will have completed his journey from watching on TV to starring on it, inspiring the next generation.