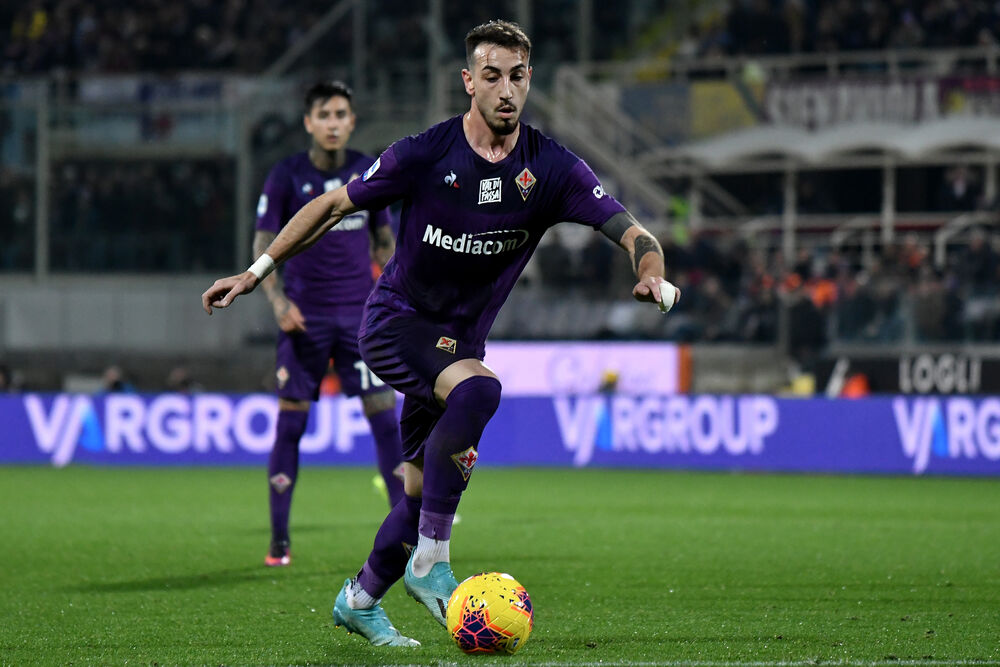 Fans of La Viola have endured a poor Serie A campaign to date.  After taking just two points from his final seven games in charge, former manager Vincenzo Montella was relieved of his duties in December,  leaving Fiorentina in 13th place. With the club hovering between mid-table mediocrity and the relegation spots, new manager Giuseppe Iachini has a huge task on his hands to turn fortunes around.

While the prospects of a return to European competition are looking bleak, there has been one bright spot in an otherwise disappointing season – the surprising development of Gaetano Castrovilli. The attack-minded midfielder sits as one of Fiorentina’s many joint top scorers with three goals to his name as well as chipping in with a couple of assists over the course of this season.

It was only last summer, however, when it seemed Castrovilli was surplus to requirements. Following Rocco Commisso’s purchase of the club, he looked to shift players in an attempt to reduce the wage bill.

“One of the problems we’ve found in buying Fiorentina is they have a huge quantity of players but not necessarily the right quality. So we have our work cut out to make sure that before we buy, we sell.”

Castrovilli, returning from a two-year loan stint with Cremonese, looked set to be sold. However, he caught the eye of Montella, who not only retained his services, but thrust him into the starting line up for the season opener against Napoli.

“I saw after a couple of training sessions in pre-season that we had to take him off the market,” the boss admitted to reporters after a match with Juventus. “He dribbles remarkably well and I don’t see any midfielder with a better change of pace in Serie A right now. Eventually, he’ll score some goals too.”

Before his first Serie A goal came, Castrovilli honed his craft in Serie B. In the first of his two seasons on loan with Cremonese, the midfielder scored his first goal in professional football in a 3-1 home win vs Avellino. It was a goal that gave us a glimpse of what has made the midfielder one of Serie A’s standout performers – his change of pace allowed him to beat two defenders, before coolly slotting the ball past the keeper into the far corner, showing great composure for someone who was just 20 years old.

In his time at Cremonese, Castrovilli impressed, finishing his second season as their second top goal-scorer and helping his side avoid the relegation spots. He played 26 times in his second season with the Lombardy-based side, contributing four goals and four assists in the league.

While at the time, Castrovilli was a far cry from being the finished product,  he began to show the moments of magic in the final third that fans of La Viola have become accustomed to seeing this season.

Attilo Tesser, his manager during his loan stint, believed he had the tools to become one of the top talents in Italian football. Speaking to Radio Bruno, he said: “Gaetano has technical quality and physical strength,”

“Castrovilli is a player who is not afraid to take risks, in Cremona he understood that professional football has less frills than the youth sides. I repeat: his great technique is combined with great physical strength. He has everything to be a complete midfielder.”

😍 Gaetano Castrovilli with the ball on a string! pic.twitter.com/i7TJBzXOns

The start to this 2019/20 campaign has seen Castrovilli take leaps and bounds in his development as a player and has in turn seen his stock rocket up in such a short space of time. Making the step up to Serie A hasn’t fazed Castrovilli in the slightest and if anything, has pushed him to elevate his performance. The transition between being a quality player in the Serie B and becoming a regular starter in the Serie A seems to have been a seamless one. While he’s part of a young Fiorentina squad who are struggling to pick up points this season, his performances have been drawing the attention of many, with the likes of Inter and Juventus reportedly showing interest in acquiring his services.

Castrovilli’s Serie A debut came in a thrilling 3-4 home loss to last season’s Scudetto runners-up Napoli, a game in which he chipped in with an assist after starting and playing all 90 minutes. From the beginning, it’s been clear that he’ll have a major part to play in this struggling Fiorentina side. As a player that can convert defence into attack in the blink of an eye, he fits perfectly into La Viola’s system with the slightly more reserved Erick Pulgar and one of Marco Benassi or Milan Badelj alongside him. In this midfield combination, he has the freedom to roam, seeking out opportunities to create chances for others as well as himself. Castrovilli’s goals this season have typically come from late runs into the box, a trait that’s sure to make him a goal threat well into the future.

💥 A bullet header from Castrovilli has Fiorentina back on level terms with Parma!

😬 An exciting final 20 minutes lie ahead at the Artemio Franchi pic.twitter.com/c8bv3Z4y3y

His third game in Serie A was a standout performance. A 0-0 draw against champions Juventus secured Fiorentina’s first point of the season, and Castrovilli was absolutely instrumental in doing so. In the game, he made 26 passes in total with an impressive 80.8% pass accuracy. His passing was adventurous, accurate and impactful –  in addition to his three key passes, he attempted and made three long balls.

He helped Fiorentina dominate large parts of the march from midfield and constantly stretched the Juventus backline with his creativity. He used his speed and balance to take advantage of the ageing Juventus midfield and truly made his arrival on the big stage.

As the season’s progressed, the club’s league form has only worsened. Their woeful form saw the sacking of Vincenzo Montella and the appointment of former Fiorentina player, Giuseppe Iachini, in his place. While maybe a slightly underwhelming appointment, he has a reputation for guaranteeing teams their Serie A status.  The former Empoli manager has continued to start Castrovilli regularly.

Whether the appointment of Iachini will get the best out of a flair player like Castrovilli remains to be seen but having picked up a much-needed win at home to SPAL, things could be on the up with a crucial 0-2 win at struggling Napoli. This was another game where Castrovilli was able to assert his dominance, proving instrumental in the first goal with a long ball played into the box. Once again, his tricky footwork and running helped the Viola bounceback to a second consecutive league win. His man-of-the-match performance with 5 dribbles saw Castrovilli link up well with talisman Federico Chiesa all game.

"The @azzurri shirt is every kid's dream. It's a starting point for me" 🗣️

It remains to be seen how well Fiorentina will fair this season. The club’s continued poor form makes it all the more likely that Castrovilli ends up at a bigger club next season, and his performances —especially with the unfortunate long-term injury to Nicolo Zaniolo—  should see him go to Euro 2020 with the Azzurri. If he can replicate his club form for his country, it may only be a matter of time before Castrovilli moves on to bigger things.