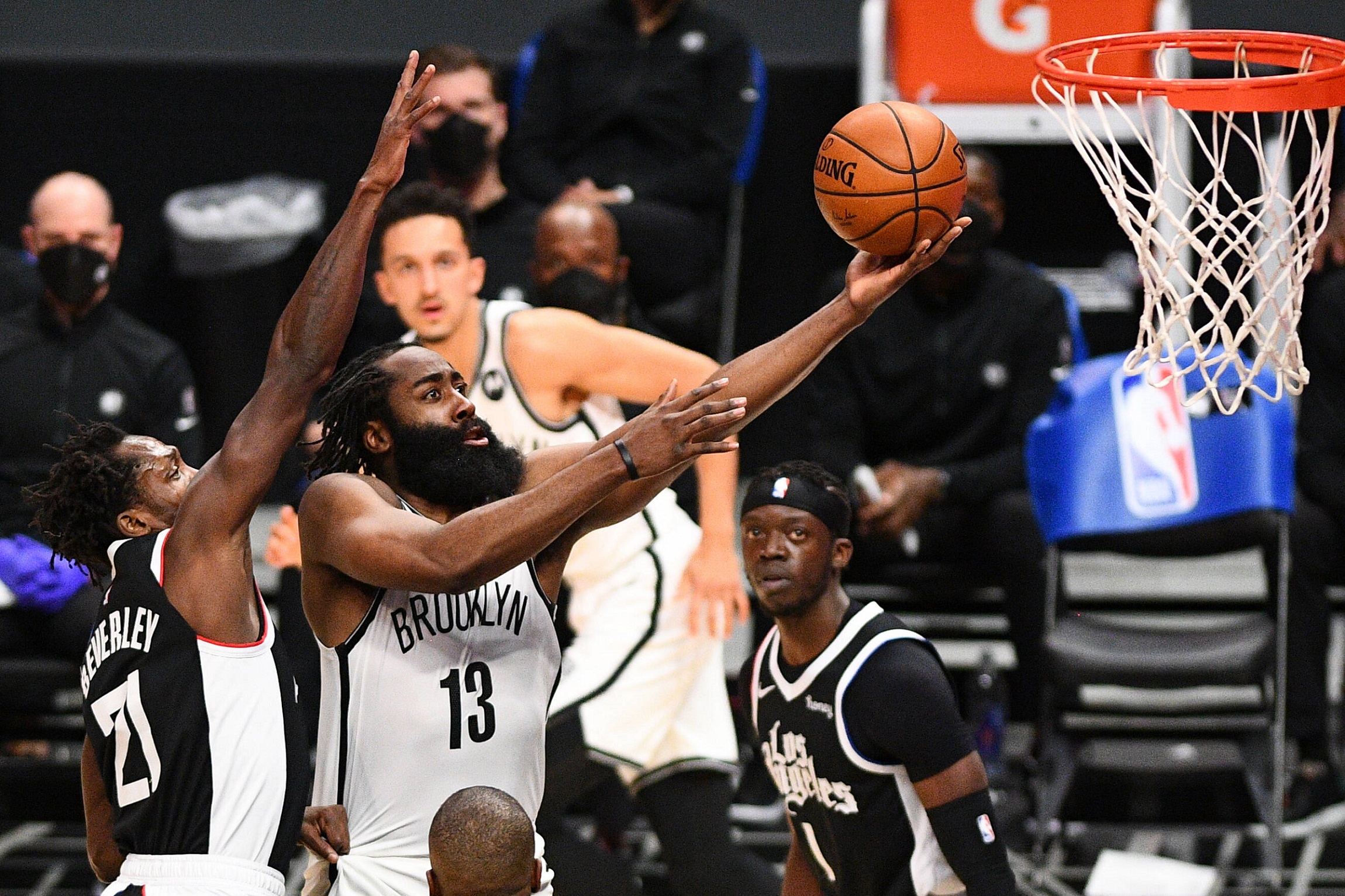 After another busy offseason, the NBA is building buzz toward the upcoming campaign.

It has quickly circled the wagons toward the NBA title conversation as several teams look to have championship-caliber rosters. Here are the franchises best positioned to lift the Larry O’Brien trophy in 2022. Odds courtesy of DraftKings on Oct. 5.

The Nets came Kevin Durant’s big toe away from moving past the Milwaukee Bucks to reach the Eastern Conference Finals. Brooklyn accomplished all that without Kyrie Irving and a hobbled James Harden.

Health was the biggest factor that prevented the Nets from making a deep playoff push, making them the clear-cut title favorites. Yes, having both Irving and Harden healthy certainly helps those chances, but it’s Durant’s return as one of the league’s best players that fuels their NBA title odds.

Steve Nash says there is no change to Kyrie Irving’s status. He is not at practice in BKN today. NYC requires Knicks/Nets to be vaccinated to participate in games/practices within city limits.

If Brooklyn stays healthy, there is no reason to believe it can’t be playing into next June.

After a disappointing playoff exit, the Lakers moved through the offseason reconstructing the roster around LeBron James and Anthony Davis. Los Angeles created its Big 3 by adding star point guard Russell Westbrook, while filing the rest of the roster out with proven veterans that provide shooting and defensive versatility.

The Lakers possess the league’s oldest roster, but it’s moreso the fit of the group of talent that will dictate the team’s NBA title chances. Beyond Davis’ health, the biggest piece of the puzzle will be Westbrook’s ability to play alongside James, as each is a ball-dominant player. If they can figure it out, a bid for a second championship in the last three years is in the books.

The defending champions will be well in the mix to make another push for another NBA title. The Bucks are not the clear-cut favorites in the Eastern Conference due to how they performed against an undermanned Nets team in the playoffs.

Brooklyn nearly eliminated them in seven games despite Kevin Durant being the only star left guiding them forward. It also doesn’t help that reigning NBA Finals MVP Giannis Antetokounmpo voiced that he’s still experiencing lingering issues from the hyperextended left knee he suffered in the playoffs.

Giannis Antetokounmpo said in an interview in Greece his was still feeling his knee, and #Bucks GM Jon Horst said a handful of guys are coming into camp with fatigue/aches pains. Management/caution in working those players this camp is important.

The Bucks returned almost the same roster, but their title chances lie on Antetokounmpo’s health, and if he’s hobbled in any manner it’s hard to put them over the Nets.

Last season marked the return of Stephen Curry as one of the game’s best players. Curry didn’t fall off by any means, but his injury-plagued campaign put him a bit off the radar.

The 33-year-old is primed for another MVP-caliber season that should guide Golden State back to the playoffs. Bringing back Andre Iguodala is a nice touch to their largely youthful roster, but their title odds depend on the other Splash Brother’s health. Klay Thompson is expected to make his return just before Christmas after missing the last two seasons due to injury.

This is gonna be Klay Thompson's revenge season! 💪 pic.twitter.com/xZ6yVc00jh

If Thompson can recapture his form before his injuries, the Warriors could be right in the mix in the stacked Western Conference.

The Jazz have established themselves as one of the top teams in the Western Conference. However, they’ve been unable to prove in the playoffs that they can take that next step.

Utah locked up the top overall seed in last season’s playoffs but fell short in the second round to the Los Angeles Clippers. It should be noted that the Jazz weren’t at full strength, as star guard Donovan Mitchell dealt with an injury heading into the playoffs and then suffered a minor setback.

Mitchell played through the ailment, but he wasn’t the same player. Meanwhile, Mike Conley missed most of the playoffs due to injury, which heavily impacted the team’s playoff performance. Utah possesses one of the league’s deepest rosters that returns Conley, but until they prove they can get over the hump in the playoffs, it’s hard to place them as one of the top championship favorites.

Chris Paul had a tremendous impact on the Suns, helping transform them into a legitimate title contender in his first year. Paul played a pivotal role in aiding the development of Phoenix’s young talent, such as Deandre Ayton stepping up as a big factor throughout the playoffs.

The Suns' reluctance to offer Deandre Ayton a max rookie extension has caused discussions on a deal to stall, per @wojespn. pic.twitter.com/m1eGhXJkYs

Like the Jazz, the Clippers possess a deep roster that showcased its depth in last season’s run to their first Western Conference Finals appearance. Paul George finally put the playoff stigma behind him with a strong postseason showing.

The Clippers are returning Reggie Jackson, who shined in the playoffs as a highly dependable backcourt factor. Los Angeles certainly possesses the talent to compete for an NBA title, but the biggest question concerns Kawhi Leonard’s health. There is currently no timetable for his return as he recovers from ACL surgery.

Kawhi Leonard is reportedly ahead of schedule in his ACL rehab and could return at some point this season, per @Farbod_E. pic.twitter.com/Y3br7NZNAG

If he’s unable to play this upcoming season, it’s hard to place the Clippers among the favorites to win a championship against the Lakers, Warriors, Jazz, Suns, and Denver Nuggets.

The 76ers are likely the most intriguing team on this list, as the franchise is dealing with a huge lingering problem with star point guard Ben Simmons. The three-time All-Star is currently still away from the team and hoping to get a change of scenery.

Philadelphia is holding firm to the notion that Simmons will return, but a trade may be the only route to finding a solution. Yes, Joel Embiid will be the leading factor pushing the 76ers to one of the best records in the Eastern Conference, but that won’t be enough to push them over the top.

Even with Simmons, Philadelphia is still a step below the Nets and Bucks. If the front office can acquire another bonafide star for Simmons, the odds could tilt a little more in their favor. Until then, it’s difficult to see legitimate championship contention.