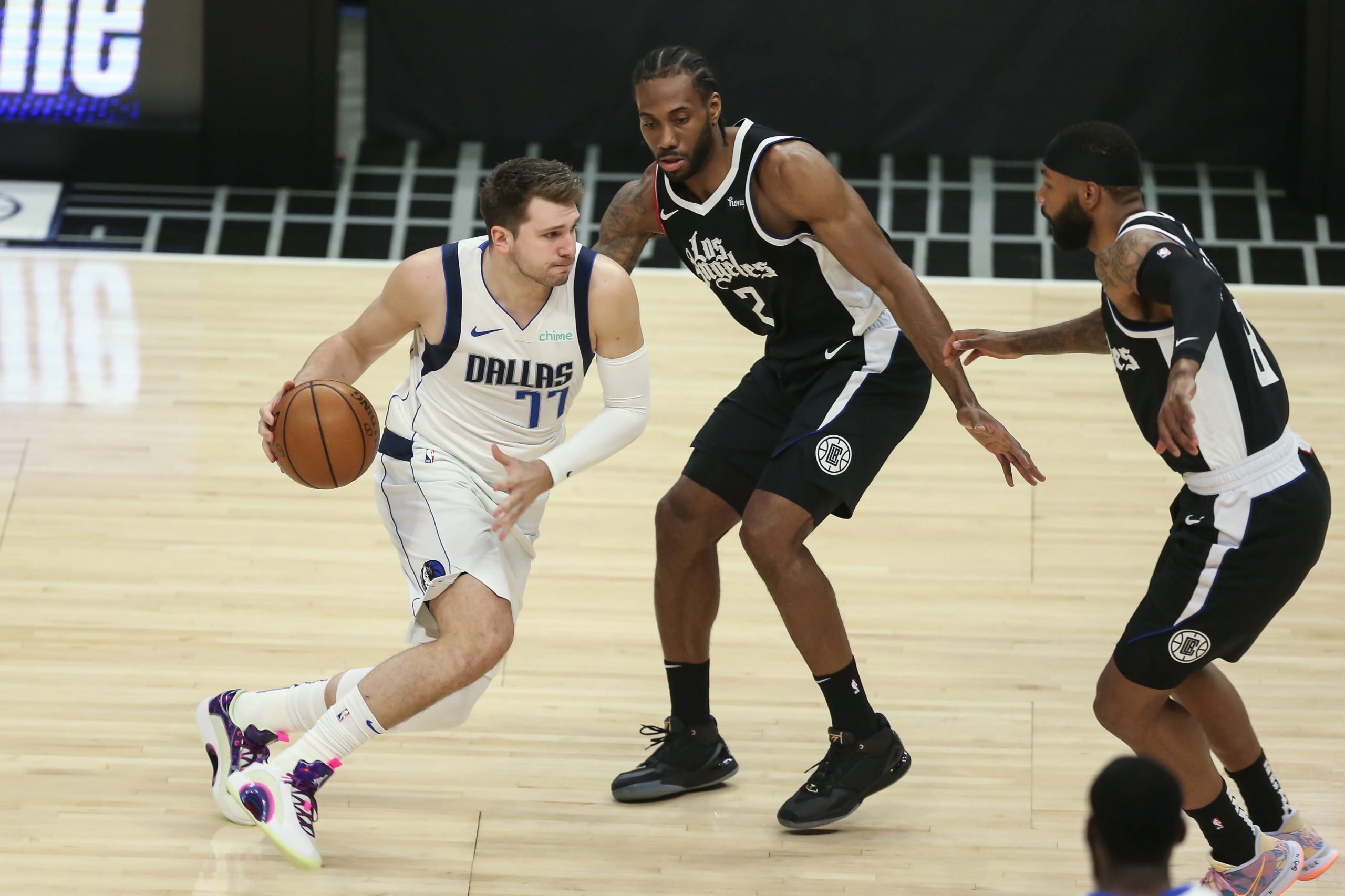 After another event-filled offseason, NBA training camp has finally arrived with plenty of storylines around the league.

Several teams have revamped their roster with the hopes of competing for the NBA title. It’s also placed the star power across the league back in the limelight.

With the 2021-22 season less than a month away, here are the players who will have the best chance to vie for the MVP award.

Through his first three seasons, Doncic has had a tremendous ascension to NBA stardom, making the Mavericks a playoff constant. The lack of consistent firepower around him to elevate Dallas into a championship contender hurts, but he is the primary focal point.

The Mavericks have built the offense around him as the primary ball-handler, distributor, and scorer. All that spells plenty of nights where he fills the stat sheet, and team success only underlines his impact.

Luka Doncic on being Vegas’ preseason MVP favorite: “I don’t care about that. … The team goal and my goal is to win the championship. That’s it.”

There is no reason to believe he can’t replicate or improve his numbers from last season, where he averaged 27.7 points, 8.6 assists, and 8.0 rebounds. As a result, the Mavericks will once again depend on him to guide them forward, leading to many big performances ahead.

Doncic is the clear-cut frontrunner, but here are other top candidates.

Throughout Embiid’s career, the only concern has centered on his health.

The 76ers star big man brushed that aside through much of last season while leading his team to the best record in the league. Embiid was pegged as the MVP frontrunner before the injury bug caught up to him, forcing him to miss an extended stretch.

As he enters this season, there is a greater opportunity for him to be the guiding force. The lingering drama around Ben Simmons opens the door for an even greater offensive workload. The table is set for Embiid to capture his first MVP award.

If last season proved anything, Durant is fully back as one of the game’s best players.

He worked past some nagging leg issues throughout his first full campaign after suffering a torn Achilles tendon in the 2019 NBA Finals. Durant showed no decline in his performance as he proved why he’s one of the game’s best scoring talents, averaging 26.6 points per contest on incredibly efficient shooting — 53.7% from the floor and 45.0% from deep.

Durant further poured it on in the playoffs, especially behind two 40-point performances against the Bucks, and was only inches away from leading the Nets to the Eastern Conference Finals. Yes, he plays with two other stars in Kyrie Irving and James Harden, but Durant holds the chance to make a strong run at an MVP award.

Although Antetokounmpo didn’t capture a third straight MVP award, he’ll gladly trade that for his first NBA title and Finals MVP honor. The Bucks star big man is in his prime with a chance to bid for the MVP award again.

What he experienced last season may have been voter fatigue, which LeBron James experienced during his four-year run with the Miami Heat. However, Antetokounmpo’s chances may come down to his health, as he’s still experiencing lingering issues related to the hyperextended left knee he suffered in the Eastern Conference Finals against the Atlanta Hawks.

If he can work past the knee issue, expect him to be in the thick of the MVP conversation.

After being limited to only four games the season before, Curry quickly re-established himself as one of the game’s best players last season. The two-time league MVP made a serious push to capture the award for a third time as he put together an incredible campaign that guided the Warriors to the play-in game.

Beautiful day in the neighborhood!! We back #Year13 pic.twitter.com/izur2Yd2FQ

Curry led the league in scoring with 32.0 points and 5.3 made 3-pointers per contest while shooting 42.1% from beyond the arc. The 33-year-old holds the opportunity to replicate much of that offensive efficiency, especially with Klay Thompson expected back at some point. The pieces are in place for Curry to build the narrative again toward securing another MVP award.

Over the last few seasons, Lillard has continued to take his game to the next level. Last year was no different, as he was the guiding force for the Blazers in the playoffs after finishing third in scoring, averaging 28.8 points and second with 4.1 made 3-pointers per contest. The outside noise aside this summer concerning his future in Portland, Lillard will have the same if not more significant workload.

The arrival of first-year head coach Chauncey Billups should lead to better offensive fluidity as the team’s No.1 scoring option. All that sets the table for the 31-year-old to put together another highly productive campaign that should receive MVP consideration.

Before suffering a high right ankle sprain, James was pegged by many as leading the MVP race. He had the Lakers positioned to secure one of the top records in the Western Conference, but that changed after missing six weeks due to injury.

James is set to play his 19th campaign with a full bill of health and motivation to prove he’s still one of the game’s players. He will have every opportunity to showcase that ability, especially with a revamped roster around him and Anthony Davis. However, the newly formed Big 3 of himself, Davis, and Russell Westbrook may wind up hurting his MVP chances.

The 36-year-old does have a path to earning his fifth MVP trophy, but the chips will have to fall favorably.

Although Jokic benefited from injuries to Embiid and James last season to secure his first MVP award, he shouldn’t be overlooked. The Nuggets star big man will only build on his career-best campaign that will be another stat-packed campaign while leading Denver to sustained success.

Jokic’s durability will only aid his efforts as he should thrust his way into the thick of the MVP conversation again. Jamal Murray’s eventual return will help the Nuggets’ cause, but as long as the star big man is on the floor, he remains the offensive focal point.