A dramatic US Open is now into the semi-final stage with four challengers in both the men’s and women’s singles intent on going all the way in New York. The finish line is in sight for everyone still in the tournament with history at stake, particularly for Novak Djokovic who is chasing a calendar year Grand Slam and a 21st major title.

Here’s what to expect from the semi-final match-ups in the men’s and women’s singles at the 2021 US Open.

History beckons for Djokovic, who is just two wins away from completing the calendar year Grand Slam and edging ahead of Roger Federer and Rafael Nadal in terms of total Grand Slam titles with 21. There is a determination to the Serbian right now that was evident in the way he bounced back from losing the opening set against Matteo Berrettini in the quarter-finals to win in four.

Chapter 🔟 of this rivalry is set for Friday 🍿 #USOpen pic.twitter.com/faNCJRQo8j

However, Sascha Zverev might be able to unsettle Djokovic more than anyone else right now. The German, who beat Djokovic on his way to winning Olympic gold in Tokyo, is currently in the form of his life having also won the Cincinnati Masters and looks ready to make his long-awaited Grand Slam breakthrough.

In the past, Zverev’s problem at Grand Slams was his habit of getting sucked into marathon matches in the early rounds. Here, though, the 24-year-old has lost just one set on his way to the semi-finals. Zverev will be fresh to take on the world number one and should be able to go the distance if required.

Zverev’s serve will be one of the keys of the match. At its best, the German’s serving motion is one of the most devastating in the men’s game. It could be enough on its own to beat Djokovic, who has uncharacteristically struggled at times with his returning at the 2021 US Open. But if it wavers, Zverev’s shaky second serve could give him issues. Double faults and errors could flow.

This has the potential to be the match of the tournament, at least on the men’s side. These are two players chasing their own history with two contrasting styles that could result in a gruelling physical battle. If Djokovic is to achieve his ultimate target, he will have to pass no trickier test than this one.

This is new territory for Felix Auger-Aliassime. The 21-year-old, who has long been viewed as one of the sport’s superstars-in-waiting, has never before made it this far at a Grand Slam and there’s a good chance the Canadian will be fresher than most having been given a walkover against Carlos Alcaraz in the quarter-finals.

Auger-Aliassime’s athleticism will be tested by Daniil Medvedev, one of the toughest players to hit through on the tour. The youngster will need to play on the front foot and use his strong forehand to be aggressive from the baseline if he is to get past Medvedev and into his first ever Grand Slam final.

Of course, Medvedev has already made the final at Flushing Meadows having lost to Rafael Nadal in five sets in 2019. The Russian hadn’t lost a set at this year’s US Open until the quarter-finals when Botic van de Zandschulp snatched a set in an otherwise comprehensive victory for Medvedev.

Problems for Auger-Aliassime, however, could come if Medvedev’s defensive skills start to frustrate him. The number 12 seed has a tendency to leak unforced errors when under pressure. This is an area of Auger-Aliassime’s game where immaturity is still evident with Medvedev more accustomed to these sort of occasions.

In fact, Medvedev tends to thrive when the spotlight is on him. While he was initially seen as a pantomime villain, the New York crowd has embraced the 25-year-old. If Medvedev is to make his much-anticipated Grand Slam breakthrough, it seems likely that it will come at the US Open, where he frequently plays his best tennis.

The 2021 US Open might well have signalled a generational shift at the top of both the men’s and women’s singles following the breakthrough of a number of teenage talents. Leylah Fernandez is one of those talents having seen off Naomi Osaka, Angelique Kerber and Elina Svitolina on her way to making the semi-finals in only her second ever appearance at Flushing Meadows.

Fernandez has shown incredible fighting spirit to get this far and must be taken seriously as a contender now that she is just one win from a maiden Grand Slam final appearance. The Canadian teenager will see her movement as an advantage over Aryna Sabalenka, with Fernandez’s best chance of victory coming if she can open up the court for winners.

2021 has been the best season of Sabalenka’s career to date with the Belarusian making it to back-to-back Grand Slam semi-finals. There is a sense that the 23-year-old is building towards clinching her first ever major title and with many of the top seeds around her already gone, this could be Sabalenka’s best opportunity yet.

It could be the case that Sabalenka simply has too much power and aggression for Fernandez, who is still adding to the physical side of her game. However, Sabalenka must channel that aggression in the right way and must stem any flow of unforced errors. Her serve, which has faltered at times over the course of the tournament so far, could also be something Fernandez could exploit.

At a US Open that has produced several storylines, Fernandez’s has been one of the most compelling. Sabalenka is the favourite to win, but so were Osaka, Kerber and Svitolina. The young Canadian has momentum behind here and will likely be the favourite of the Arthur Ashe Stadium crowd.

Had it not been for Fernandez’s fairytale run to the semi-finals, Emma Raducanu would have provided the defining storyline of the 2021 US Open. She might still if she can make it past Maria Sakkari and into the final of only the second Grand Slam she has ever appeared at after making her major debut at Wimbledon two months ago.

Never before has a qualifier made it this far in the women’s singles at the US Open, but Raducanu isn’t the average qualifier. The 18-year-old has the game to go all the way in the sport and has added genuine physicality to her play to go with her racquet skills even since Wimbledon, where she exited in the fourth round.

Ahhh final four feeling!! I can’t believe it. 😳
Thank you all, see you out there tomorrow under the lights🌃 pic.twitter.com/AkHshFgrxH

Raducanu will attack from the baseline where she harnesses significant power in her heavy groundstrokes. This is how she breaks down opponents, with the teenager also adept at turning defence into attack in a couple of shots. Maria Sakkari’s defensive game will need to be up to scratch.

Against Olympic champion Belinda Bencic, Raducanu struck six aces and made only a handful of unforced errors, illustrating the efficiency of her game at this moment. In contrast, Sakkari is prone to mental lapses and has struggled with her own service games at times over the course of the tournament so far.

If Raducanu can rediscover the level she hit against Bencic in the quarter-finals, she will make her first ever Grand Slam final. However, the 18-year-old will have to handle the occasion, and Sakkari’s powerful groundstrokes. At some point, Raducanu will wake up, but she might do so with the US Open trophy in her hands. 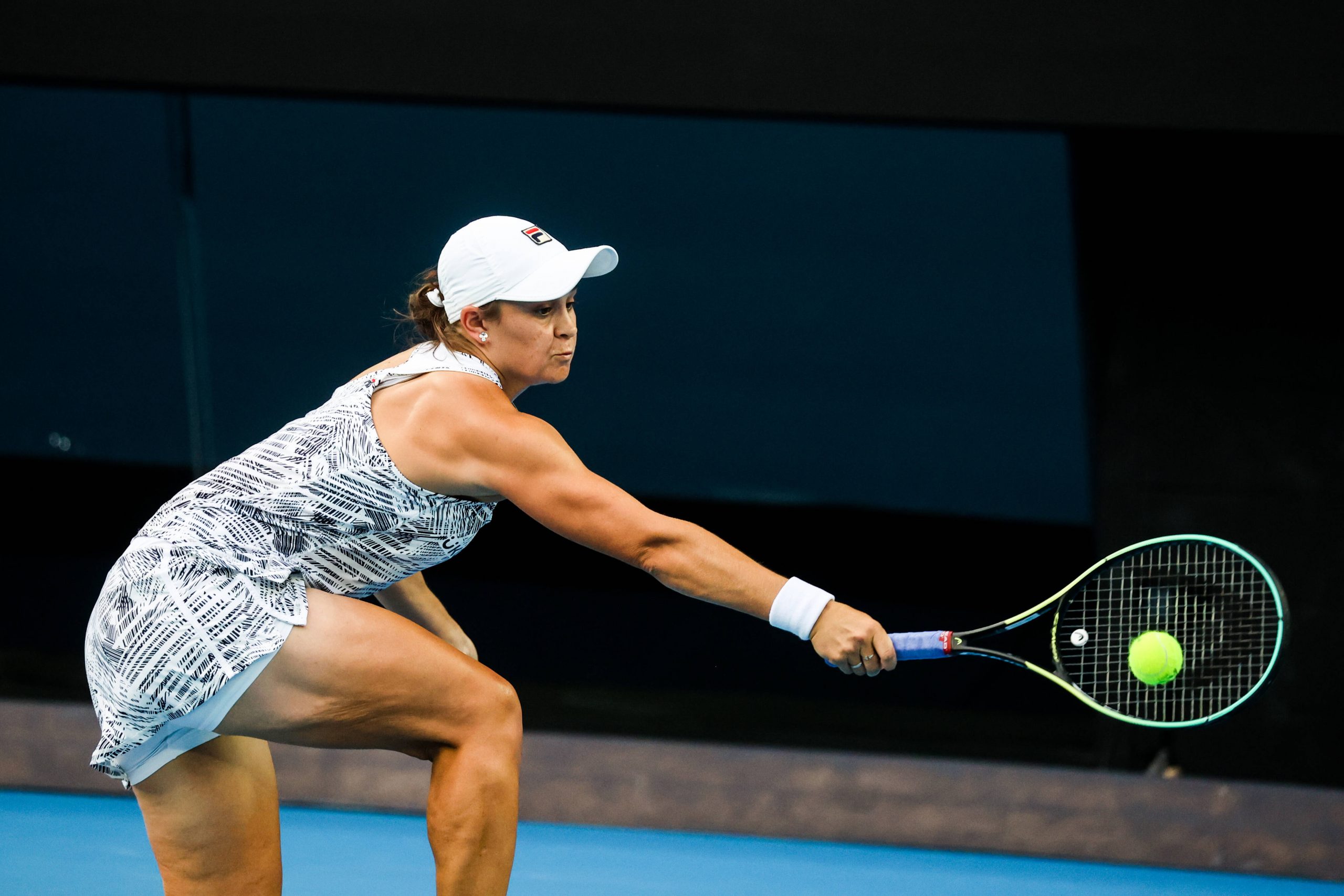