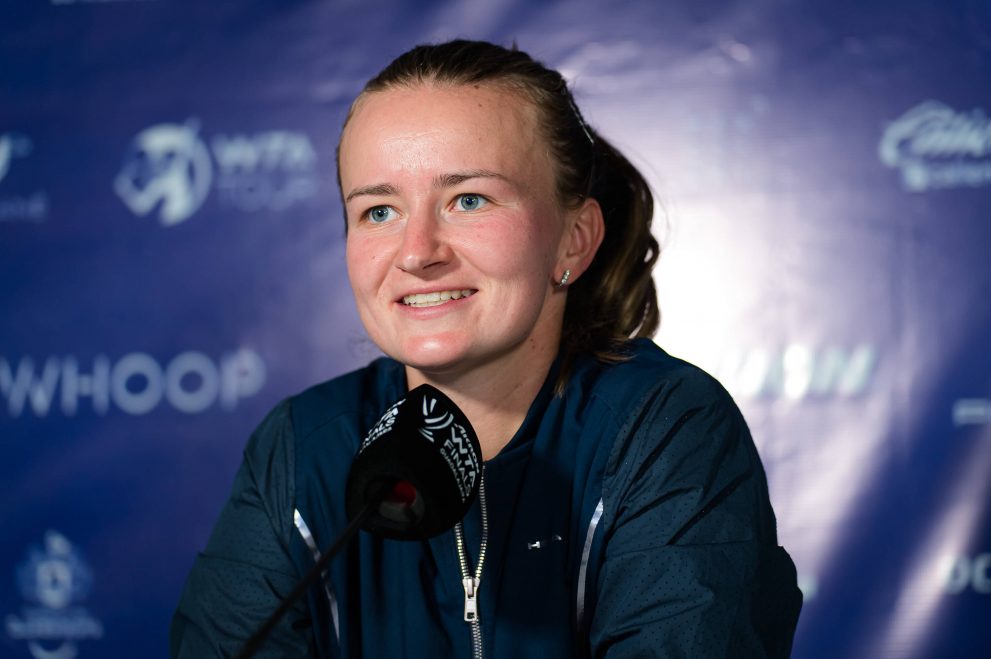 Guadalajara will host the final event of the 2021 WTA tour when eight of the best performing players of the year come together to face off. While the WTA Finals will feature some of the women’s game’s biggest names, the field still looks relatively open. Any one of the eight players involved could go all the way in the tournament.

Six of the eight women participating in the WTA Finals will be doing so for the first time, a fact that reflects the shifting power balance at the top of the sport. Karolina Pliskova and Garbine Muguruza are the only two players with previous experience of this event.

2021 was one of the most compelling years in the women’s game for a long time, although just one of the four Grand Slam winners will be present at the WTA Finals – Ash Barty withdrew to focus on the 2022 Australian Open while Naomi Osaka and Emma Raducanu failed to make the cut, albeit for different reasons.

The @WTAFinals field is glowing 🤩

This leaves 2021 French Open champion Krejcikova as the tournament’s only Grand Slam winner, with the Czech placed in Group Teotihuacan alongside Pliskova, Muguruza and Kontaveit. Previously more successful in doubles, Krejcikova has found good form in singles this year and is the only player at this year’s WTA Finals to be competing in both the singles and doubles.

Muguruza and Pliskova are two WTA Finals veterans, relatively speaking, and will be making their fourth and fifth appearances at the event in 2021 respectively. After two difficult years in 2018 and 2019, Muguruza has once again established herself as a threat at the elite level of the sport. Krejcikova recently defeated Muguruza in the fourth round of the US Open and so the Spaniard will want to make amends for that loss against one of her biggest rivals.

Pliskova enters the WTA Finals fresh having not played since a surprise third-round defeat to Beatriz Haddad Maia at Indian Wells. However, the 29-year-old has still enjoyed a good season and has made the semi-finals of the WTA Finals the last three times she has played the event. She will be confident of making another deep run this year.

Until recently, it appeared that Kontaveit would miss out on qualifying for the year-end tournament. However, the Estonian enters the WTA Finals on the back of a 26-2 run which has seen her win four titles since August. For this reason, Kontaveit can’t be discounted. She has built up significant momentum over the last two months.

In the Group Chichen Itza, there are four players making their debut at this event. World number two Sabalenka is the top seed at the tournament although the Belarusian doesn’t have much momentum behind her at the moment. Sabalenka was forced to withdraw from Indian Wells after testing positive for Covid-19 and then suffered a disappointing loss to Ekaterina Alexandrova in the Kremlin Cup.

However, Sabalenka is one of the most powerful players in the women’s game right now and has the ability to dictate points from the back of the court. If the world number two can rediscover the intensity that made her so dangerous earlier in the season, she will certainly be among the frontrunners to end the year with the WTA Finals title.

Sabalenka, who reached two Grand Slam semi-finals this year, has a 4-1 record against Sakkari, but trails 0-1 in matches against Badosa and has yet to face Swiatek in her career. The group stage match between Sabalenka and Swiatek, in particular, could be one of the most compelling contests of the tournament, such is both players’ natural aggression.

Swiatek could be a force to be reckoned with. While the Pole failed to win a Grand Slam in 2021 as she did in 2020, she still managed to achieve a level of consistency over the course of the season. Indeed, Swiatek was the only female player to reach the fourth round of each of the four majors this year. However, she has a losing record against two of her group rivals (Badosa and Sakkari).

Badosa won the biggest title of her career to date at Indian Wells by beating Victoria Azarenka in the final with many tipping the Spaniard as a future world number one of the sport. This result pushed Badosa into the top 10 for the first time where she will be expected to stay for the foreseeable future.

Frequently compared to former world number one and Grand Slam champion Maria Sharapova, Badosa has the confidence, and the game, to go a long way at her first WTA Finals. She also has a winning record against Sabalenka and Swiatek which bodes well for her chances of making a deep run in Mexico.

In some ways, Sakkari might just be grateful to be at her first-ever WTA Finals. The Greek is the only player in this year’s tournament not to have won a title in 2021, but this year has nonetheless seen Sakkari make her breakthrough at the elite level of the women’s game. The 26-year-old is a fighter and won’t be an easy opponent for anyone.

Sakkari made her first Grand Slam semi-final at Roland Garros this year and then repeated the achievement by making the final four at the US Open. These are golden times for Greek tennis with Stefanos Tsitsipas also competing for honours at the elite level of the men’s game and Sakkari could underline this with a good showing in Mexico.

The format of the WTA Finals means that defeat in the group stage can be absorbed. In fact, in some instances, an early defeat can focus the mind for the latter stages. The likes of Barty, Osaka and Raducanu, not to mention Serena Williams, might be missing from 2021’s year-end event, but there are still plenty of storylines to capture the imagination.