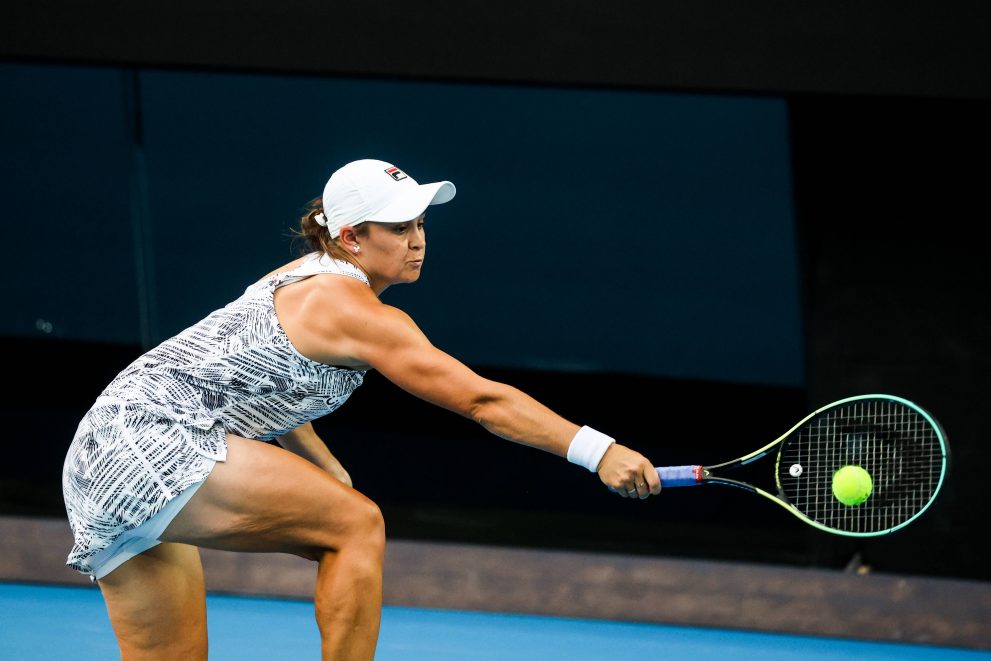 The 2022 Australian Open has delivered countless compelling and captivating storylines and that will continue into Sunday’s finals. In the case of all four players still in the men’s and women’s singles, there is history to be made. This most certainly true in the case of Ashleigh Barty and Rafael Nadal who can make their mark as true greats of the game.

For Barty, she is aiming to become the first Australian female to win a major on home soil since Chris O’Neil in 1978. On the men’s side, Nadal is targeting a record 21st Grand Slam title, an achievement that would put him ahead of Novak Djokovic and Roger Federer in the race to be the greatest of all-time. There will be plenty to catch the eye as the first Grand Slam of the year reaches its conclusion. Here is how the men’s and women’s singles finals would play out…

Barty started as the pre-tournament favourite and she has more than lived up to that billing with the performances she has produced at Melbourne Park over the last two weeks. The 25-year-old has yet to drop a set. On top of this, Barty has conceded just 21 games in total, the fourth-fewest a player has dropped en-route to a women’s singles final at a Grand Slam since the turn of the century.

Indeed, the world number one has been untouchable at this year’s Australian Open and she will be the heavy favourite to complete the job on Sunday. If Barty is to falter it won’t be because of her form or the standard of her game, it’ll be because of the potentially crippling pressure she will come under as the home hope in a Grand Slam final.

Ashleigh Barty is bidding to win her 3rd major and 15th career title.

Barty is looking to join Serena Williams as one of only two active players to win Slams on all 3 surfaces.#AusOpen pic.twitter.com/7SEFCZo2OH

Danielle Collins has the power to stick with Barty from the baseline, but the way the Australian dismantled Madison Keys 6-1, 6-3 in the semi-finals doesn’t bode well for the number 27 seed. Keys was expected to test Barty with her big groundstrokes and shot-making ability, but Barty soaked up everything that was thrown at her with ease.

It’s not just that Barty is capable of coming up with winners of her own from the baseline, it’s that she is intelligent enough to recognise when another approach is required. She has exceptional racquet hands and unsettles every opponent she plays with incredible angles. Barty’s number one seeding reflects just how well she is playing right now.

There is, however, reason for Collins to be confident. She was the last player to beat Barty on Australian soil, beating the world number one at the Adelaide International last year. The American has also dropped just one set in six matches at the 2022 Australian Open and has formidable in her serving over the last two weeks.

Iga Swiatek was flattened by Collins in the semi-final. This was a shame for neutrals who wanted to see Swiatek, a French Open winner, take on Barty — the Pole is one of the few players on the tour who can match the world number one — but the performance produced by Collins underlined the improvements she has made in recent times.

As soon as Djokovic was forced to withdraw from the men’s singles, Daniil Medvedev and Nadal were spoken as two rivals who could directly benefit as a result. The former is looking to win his second straight Grand Slam title after winning the 2021 US Open while the latter can win an historic 21st major title.

It could be argued Medvedev is the best male player in the game right now. The Russian has achieved an incredible level of consistency over the last 12 months and has the opportunity to go one step further than he did at the 2021 Australian Open when he made the final, but lost to Djokovic in straight sets.

They meet again for the 2022 #AusOpen title! pic.twitter.com/JjfJ18PXHx

Since then, Medvedev has added more dimensions to his game. While the 25-year-old is still one of the best defensive players around, he is now quicker to dictate points. Medvedev will attack anything that drops into the mid-court and so Nadal must be careful not to give his opponent too many opportunities to hit through him or this could be a bruising encounter for the Spaniard.

Few knew what to expect from Nadal before the start of the 2022 Australian Open. The 35-year-old had missed the last six months through injury and hadn’t played at a Grand Slam even since the 2021 French Open. However, his title win at the Melbourne Summer Set hinted at a player capable of going far in the first major of the year and that has proved to be the case.

Physically, Nadal has coped well in difficult matches against Denis Shapovalov, who took the Spaniard to five sets in the quarter-finals, and Matteo Berrettini, who the 35-year-old saw off in four sets in the semi-finals. Nadal has experienced some stomach issues, but has demonstrated his ability to last the distance. Fatigue shouldn’t be much of a factor for him on Sunday.

Nadal has won three of his four meetings with Medvedev, although the Russian came out on top the last time they played each other at the 2020 ATP Finals. However, that match was played on an indoor court and Nadal has won the last two matches they have played on an outdoor hard court. The conditions at Melbourne Park could suit him.

If Nadal can find his range on his forehand, he could have the weapons to hit through Medvedev. If, however, there are too many unforced errors from the Spaniard, Medvedev might be a brick wall. The Russian is unorthodox in some of his methods, but is one of the best at making his opponent play one more shot. It’s what Nadal does with that extra shot that could decide this match and the championship.