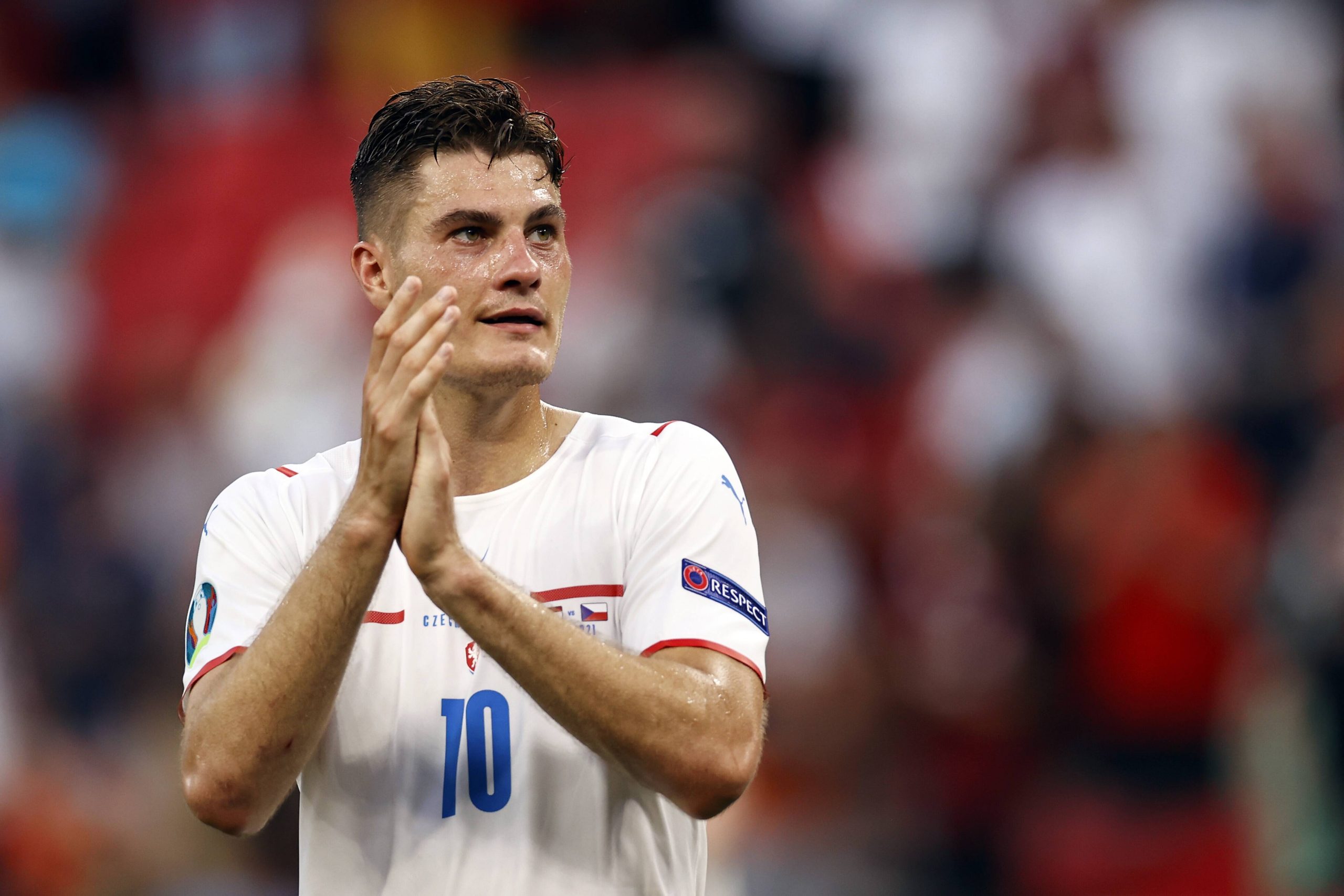 A crucial week awaits Wales, Northern Ireland and Scotland as they vie to qualify for next year’s World Cup in Qatar. For England, it’s simply about finishing the job.

The standing in Group E is straightforward with only one drama remaining. Belgium unsurprisingly are home and dry barring a collapse of biblical proportions. They sit this international break out yet will likely progress courtesy of results elsewhere. Belarus and Estonia meanwhile, have a mathematical chance of reaching the play-off spot but not a realistic one.

Which leaves Czech Republic and Wales scrapping it out for the play-offs, both level on points but with the Dragons vitally having a game in hand.

On Friday evening, Rob Page’s men head to Prague knowing a draw would be an invaluable outcome while the three points would be priceless. The latter is unlikely given the quality of the opposition, though Wales will take great stock in recalling their 1-0 victory in Cardiff last spring. Then, Dan James settled matters late on in a fiery encounter that saw each side reduced to ten men, but a broader view of the game reveals the visitors were disadvantaged for an extra half an hour yet still racked up more shots, corners, and possession.

Under Jaroslav Silhavy, the Euro quarter-finalists have gained a reputation for well-organised solidity, with a workmanlike midfield supporting the towering figure of Patrik Schick up front, a striker who has already scored six in seven this season for Bayer Leverkusen in the Bundesliga. That loss to Wales aside, the Czechs typically are only downed by the elite — Belgium, Denmark, England, Italy and Germany in the past year — while patiently dismantling inferiors. It is a niche that has secured them a decent FIFA ranking and works well for them.

Not that any of this should overly concern Wales, not when a draw would be such a favourable return. Stalemates are right in the squad’s wheelhouse, with four since June. More so, they have posted five 0-0s in their last 17 fixtures, a habit that damns their lack of firepower but also highlights a defence that is one of the most under-rated in Europe.

13/2 is available for a goalless affair in Prague but 5/2 for the draw is the more sensible option.

The Scots entertain Israel at Hampden Park this weekend having faced the Blue and Whites four times already in the last 13 months. Only once was there a winner, with Israel gaining a 1-0 edge from a tight affair last November that had Scotland creating most of the best chances.

That was in the Nations League, while in March this Group F corresponding fixture ended 1-1, with goals arriving either side of the break, and the score-line was fitting considering there was very little to separate the teams in an engrossing clash that offered up opportunities galore but poor finishing.

From their familiarity with each other, and the recent spate of even contests, it can be concluded that Scotland and Israel now have the measure of the other and that suggests this could be another close encounter. Which is not ideal for the blood pressure of all those present in Glasgow on Saturday evening, not when it’s factored in just how crucial this tie is as Steve Clarke’s side attempt to qualify for their second consecutive major finals.

I refuse to watch Scotland v Israel again. I just can't do it. https://t.co/BMYpYmI1QF

Two recent 1-0 victories — both coming courtesy of Lyndon Dykes goals — suggests they are a side in form while genuine hope can be sourced from Scotland’s tremendous stoicism after taking a crucial lead in Austria in the second of these games. The manner in which 20-year-old Billy Gilmour bossed proceedings that night is also a cause for confidence.

A problem, however, arises from their opponents’ sheer unpredictability. In their last four games , Israel have lost 4-0 and 5-0 and won 4-0 and 5-2, the latter result at Austria’s expense in a real statement performance.

With chances hardly in short supply whenever these teams meet, we can expect goals and we can expect frayed nerves. The rest is down to fate.

Over 3.5 goals is 3/1 and will act as some form of compensation should the Scots succumb to a high-scoring thriller.

It is tempting, when looking ahead to England’s trip to Europe’s smallest microstate, to conjure up a scenario where their two best — but woefully out of form — attackers fill their boots, unburdened as they would be from the pressures of club football.

After all, though they have recently been poor for Manchester City and Tottenham, respectively, Raheem Sterling and Harry Kane have consistently accrued phenomenal figures for their country. Sterling has scored 16 in his last 25 internationals. Kane has fired home 41% of England’s goal-tally since the knock-out rounds of the Euros.

Just as convincing, England boast a fine and sustained record for being flat-track bullies when encountering their inferiors. Throughout Gareth Southgate’s five-year tenure, his side have played teams ranked 40th or worse on 25 occasions and lost only once. They have kept 21 clean sheets and averaged 3.5 goals-per-thrashing. The overall aggregate score-line is a thoroughly comprehensive 88-9.

And it should be acknowledged that Andorra are not merely a side ranked 40th or worse. They are 156th in the world, with a population a full two-thirds fewer than the attendance at this year’s Glastonbury festival.

So it is tempting to believe that Sterling and/or Kane will get a goal or two on Saturday evening, except neither will likely feature as Southgate reserves them for the trickier task of Hungary four days later.

The Three Lions boss has form for utilizing every one of his squad selections during international breaks and indeed made eleven changes when Andorra and Hungary were last on the agenda.

It is logical therefore to focus on England’s supporting cast, especially when trying to identify the most plausible goal-scorers, and this brings us to Jadon Sancho, a player whose inclusion in the group raised many eyebrows after an underwhelming start to his Manchester United career.

Sancho might well be unleashed on a low-block, containing defenders who have conceded 35 goals this past year alone and his 21/20 to score anytime is the best value bet available.

Northern Ireland have faced the Swiss on four occasions in the 21st century, the most recent of which was just last month at Windsor Park. Those 360 minutes of football produced precisely one goal.

Though a history of attrition in this fixture is not great news for neutrals hoping for entertainment, it suits Ian Baraclough’s side down to the ground, with the Green and White Army tending to thrive in tight, nip-and-tuck games that require reserves of fortitude. More so, another goalless impasse would be an excellent result against excellent opponents, though it would then necessitate Steven Davis and his troops to ace their remaining commitments to have any hope of reaching the play-offs with Italy having already sewn up Group C.

Which, right now, doesn’t look beyond them. Three games unbeaten is Northern Ireland’s best run since 2019 and more encouraging still they are finding the net with semi-regularity after several years of squeaking out victories by a single-goal margin. Eight goals against Malta, Lithuania and Estonia in recent months is impressive, yet even this prolificacy pales to the fact that eight different players got on the score-sheet. They are winning as a team. They are scoring as a team.

🤜 Northern Ireland and Switzerland ends even after Bailey Peacock-Farrell's penalty save 🤛#WCQ pic.twitter.com/xCn1LTrAn5

As with Wales and Scotland, this is a defining game for a home nation against their main play-off rival from their group, with a win putting these teams level on points with three matches to play. Both still have Italy to come but Switzerland have the tougher task, needing to travel to Rome.

That however, is where any optimism grinds to a screeching halt. Because it absolutely shouldn’t be under-estimated just how good a side Switzerland are even if under new management following the departure of Vladimir Petkovic to Bordeaux. Since Murat Yakin took up the reins the A-Team have beat Greece in a friendly before shutting up shop against Italy and their opponents on Saturday evening, and it will be intriguing to see if Switzerland release the handbrake here. As witnessed in the Euros last summer, with the likes of Haris Seferovic and Breel Embolo up front, they can be an electrifying proposition going forward and always a solid unit elsewhere.

The heart says Northern Ireland keep themselves in Group C contention with a draw in Geneva. The head appreciates the value found in 5/6 for the hosts to win and both teams not to score.